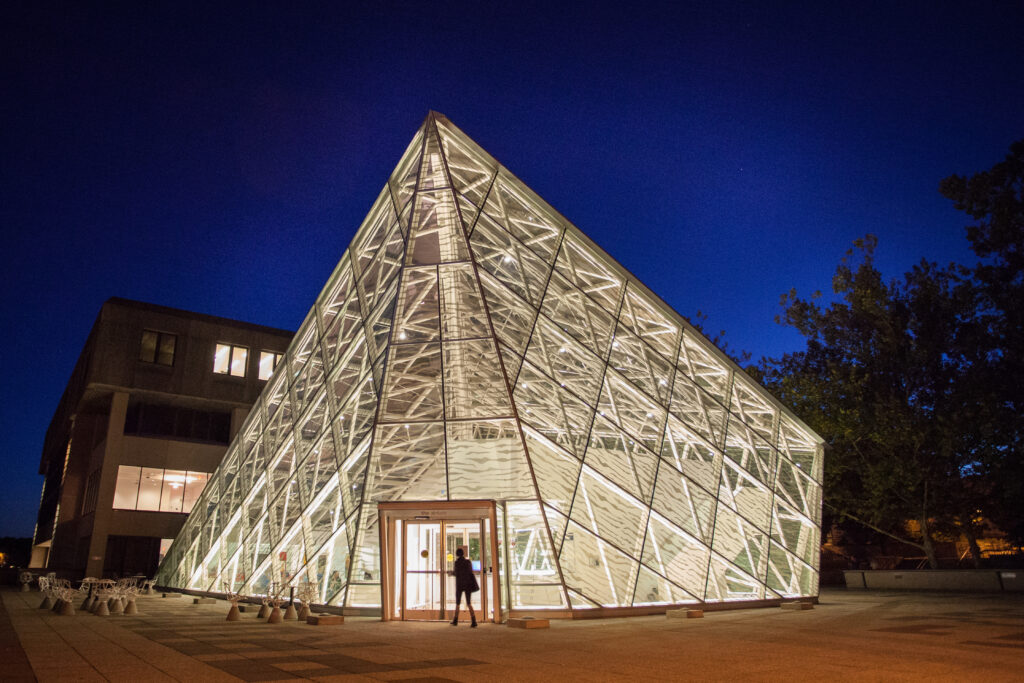 SUNY New Paltz has been named one of the top producers of Fulbright U.S. Scholars in 2021-2022 by the U.S. Department of State, an honor reserved for colleges and universities whose faculty and staff demonstrate deep engagement with international education and research.

“We are honored to be included among the U.S. colleges and universities that best embody the mission of the prestigious Fulbright Scholarship,” said President Donald P. Christian. “The hard work and success of New Paltz academic and professional faculty who have received Fulbright Awards, in 2021-22 and earlier, is consistent with and amplifies the global interconnectedness that is such a core of the SUNY New Paltz ethos.”

Each year the U.S. Department of State’s Bureau of Educational and Cultural Affairs (ECA) announces the top producing institutions for the Fulbright Program, the U.S. government’s flagship international educational exchange program. The Chronicle of Higher Education publishes the lists annually.

“We are thrilled that New Paltz is again a Fulbright U.S. Scholar Program Top Producing Institution for the 2021-2022 academic year,” said Executive Director of Center for International Programs Beth Vargas, who traveled to Germany and Czechoslovakia in 1992 with a Fulbright International Administrators Award and then again with her family to Spain in 2013-2014 when her husband, Professor of History Michael Vargas, received a Senior Scholar Research Award. “The mission of Fulbright is to strengthen the ties between students and scholars of the United States and those of other countries leading toward international cooperation and world peace.”

Ozler’s award supports her research on the role of civil society organizations as they relate to the United Nations Sustainable Development Goals (SDGs), which are used at SUNY New Paltz and at organizations around the world as a framework for planning, management and community building. She is continuing that research while also teaching during the spring 2022 semester at Universidad Autonoma de Madrid in Spain.

The Fulbright U.S. Scholar Program is supported at SUNY New Paltz through the Department of SponsoredPrograms & Research Compliance, the Center for International Programs and numerous academic departments. The College was previously named to this list in 2013-14.

ABOUT THE FULBRIGHT PROGRAM

The Fulbright Program was established more than 75 years ago to increase mutual understanding between the people of the United States and the people of other countries. Fulbright is the world’s largest and most diverse international educational exchange program. The primary source of funding for the Fulbright Program is an annual appropriation made by the U.S. Congress to the U.S. Department of State’s Bureau of Educational and Cultural Affairs.