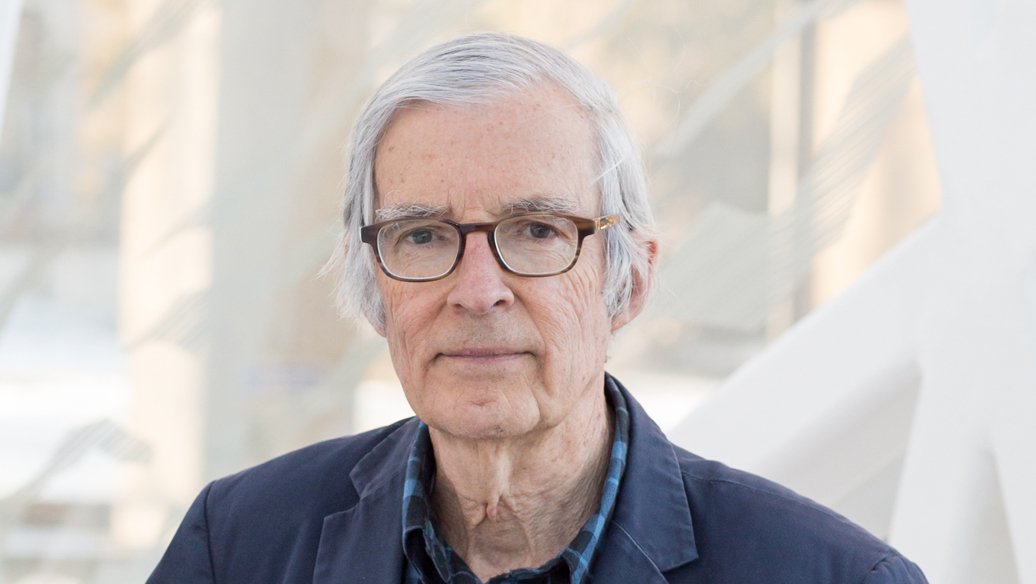 [The College will present two honorary degrees at the May 2018 Undergraduate Commencement ceremonies.
Use this link to read about the other recipient, Janus Adams]

[[View the transcript and video of James’s address]

SUNY New Paltz will recognize the distinguished life and career of New Paltz resident James H. Ottaway Jr. – journalist, newspaper executive, philanthropist and longtime friend of the College – with an honorary doctorate of humane letters degree at the Sunday Undergraduate Commencement Ceremony on May 20, 2018.

“I am very pleased to receive this high honor from SUNY New Paltz, my greatly respected hometown state university,” Ottaway said. “It has been very important to my wife Mary and me, and is the main reason we live here, as it is for many other retirees who enjoy the many stimulating public activities in this college community.”

Ottaway became a reporter and associate editor at the Danbury (Conn.) News-Times newspaper in 1960, then a part of Ottaway Newspapers Inc., and has worked to produce and support good journalism ever since.

As chairman and chief executive officer of Ottaway Newspapers, which became the community newspaper subsidiary of Dow Jones & Company in 1970, Ottaway carried on the legacy of his father, James Ottaway Sr., overseeing 20 daily newspapers across the United States, including the Middletown, N.Y., Times Herald-Record. He served as a Director of Dow Jones & Co., Inc., from 1987 to April 2006. Mr. Ottaway also held positions of increasing responsibility at Dow Jones, as a senior vice president and president of the International and Magazine divisions. He is a graduate of Phillips Exeter Academy and Yale University.

In 2000, Ottaway and his wife Mary ’70g (Elementary Education), a New Paltz alumna, established the College’s first and only endowed professorship in journalism, named in honor of Ottaway’s father.

Over the course of nearly two decades, the James H. Ottaway Sr. Visiting Professorship has brought one visiting professor to campus each spring, providing hundreds of students a rare opportunity to study and work alongside Pulitzer, Emmy and Peabody award-winning journalists at the pinnacle of their profession.

This spring the program will bring veteran foreign correspondent Ann Simmons to campus, to share lessons learned from her experiences covering such stories as the fall of the Soviet Union, the War in Iraq and Hurricane Katrina.

James and Mary Ottaway are also patrons of the arts, and have generously dedicated time and support (including a catalog endowment) to the Samuel Dorsky Museum of Art at SUNY New Paltz, helping make possible a number of exciting exhibitions and nurturing the Dorsky’s development into the premier public showplace for Hudson Valley art and artists.

The Ottaways’ philanthropy and public service extends to a number of other civic and professional organizations, including local entities such as the Mohonk Preserve, the Wallkill Valley Land Trust, Phillies Bridge Farm, Elting Memorial Library and Bard College, as well as the American Society of Newspaper Editors, the World Press Freedom Committee, Doctors Without Borders, Human Rights Watch and Words Without Borders.Org.

The Honorary Doctorate of Humane Letters is the highest form of recognition offered by the State University of New York, honoring exceptional scholarship, service and professional achievements that stand as an example for the many and diverse students attending SUNY institutions.

This year’s Undergraduate Commencement Ceremonies will be held on Saturday, May 19, and Sunday, May 20, 2018, on the Old Main Quad on the New Paltz campus.