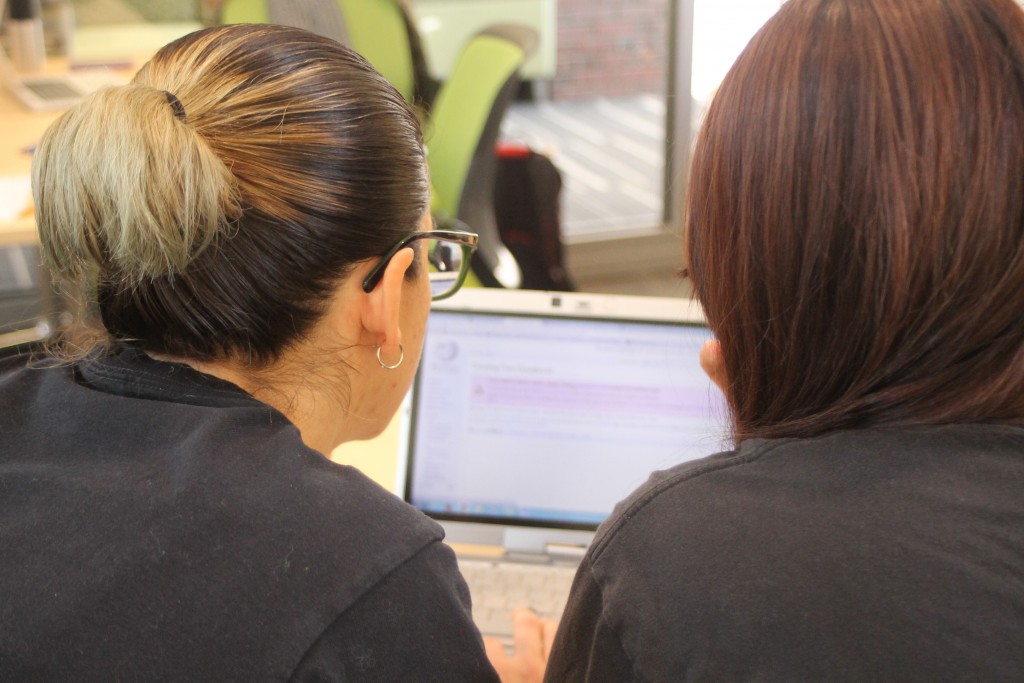 The event encourages women and other constituents of marginalized groups to develop the skills and the desire to create and strengthen Wikipedia pages related to women and LGBT communities in the arts.

This is an especially important kind of intellectual empowerment for students in the process of growing into experts in their fields of study, said Jessica Pabón, assistant professor of Women’s, Gender and Sexuality Studies.

“I think that the large majority of students are accustomed to being the receivers of knowledge and not necessarily the producers,” Pabón said. “Wikipedia opens the project of knowledge production up to them. You can see the realization that what they’ve just done matters when they hit ‘save’ and publish their edits. They realize the gravity of the work they’ve produced and the role they’ve played in shifting and shaping the public’s access to information, and that’s invaluable.”

The New Paltz Edit-a-thon featured tutorials for beginners and ready access to reference materials. Over the course of five hours, participants and administrators created or improved a total of 23 pages related to women in the arts, including pages for LGBT Hip-Hop and Women in Hip-Hop, musicians like Sister Souljah and Ivy Queen, and visual artists like Aya Tarek and Kathe Burkhart.

“The Edit-a-thon was a great way to get involved with contributing academically to the Wikipedia world,” said Kassey Milana ’17 (Digital Media Management). “It felt good to be part of this worldwide event, especially because I’m a female and there are only a small percent of female editors on the website.” 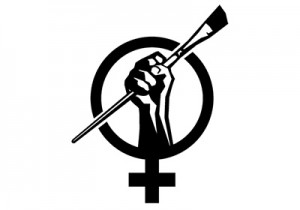 Despite progress made in recent years by this and similar initiatives, it is still the case that less than 10 percent of Wikipedia editors identify as female. Art+Feminism developed the Edit-a-thon tradition in hopes of addressing that imbalance and the related gaps in Wikipedia’s coverage of women artists and feminist art movements.

SUNY New Paltz first participated in the Edit-a-thon program last year, when it was one of 50 international host locations. This year the movement grew to include more than 100 host locations, including the Archives Nationales in Paris, France, the National Museum of Women in the Arts in Washington, D.C., the Museo Universitario Arte Contemporáneo in Mexico and the Los Angeles County Museum of Art.

More information about the Wikipedia Edit-a-thon is available online.