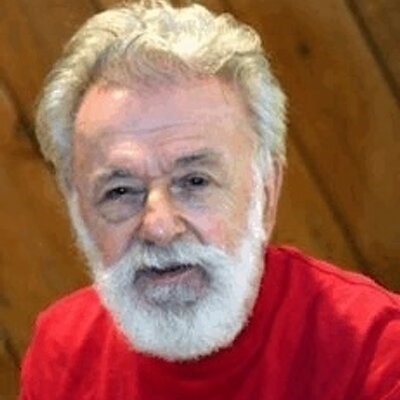 It is with sadness that the College shares the news of the death of Irving Weiss, a poet, writer, translator and educator who taught in the Department of English at SUNY New Paltz from 1964-1985. He died on June 13, 2021, at his home in Dix Hills, New York, at the age of 99.

Weiss was a Bronx-born World War II veteran who held degrees from Brooklyn College and Columbia University. Prior to joining the faculty at New Paltz, he taught at Pennsylvania State University, The Fashion Institute of Technology, and an American Dependents School in Naples, Italy.

Weiss has published poetry, translations, stories, and essays in numerous magazines, in print and online. His books include “American Authors and Books, 1640 to the Present Day;” “Reflections on Childhood;” and “Visual Voices: The Poem as a Print Object,” selections from which were included in The Last Word exhibition at The Neuberger Museum, Purchase, New York. His visual poems are part of the Ruth and Marvin Sackner Archive of Concrete and Visual Poetry Collection in Miami Beach, Florida.

He is the authorized translator of Malcolm de Chazal’s “Sens-Plastique,” a work of several thousand aphorisms and pensées widely considered to be de Chazal’s masterpiece.

Weiss was predeceased by his wife and frequent collaborator, Anne de la Vergne Weiss, in 2000. He is survived by four children, five grandchildren and one great-grandchild.