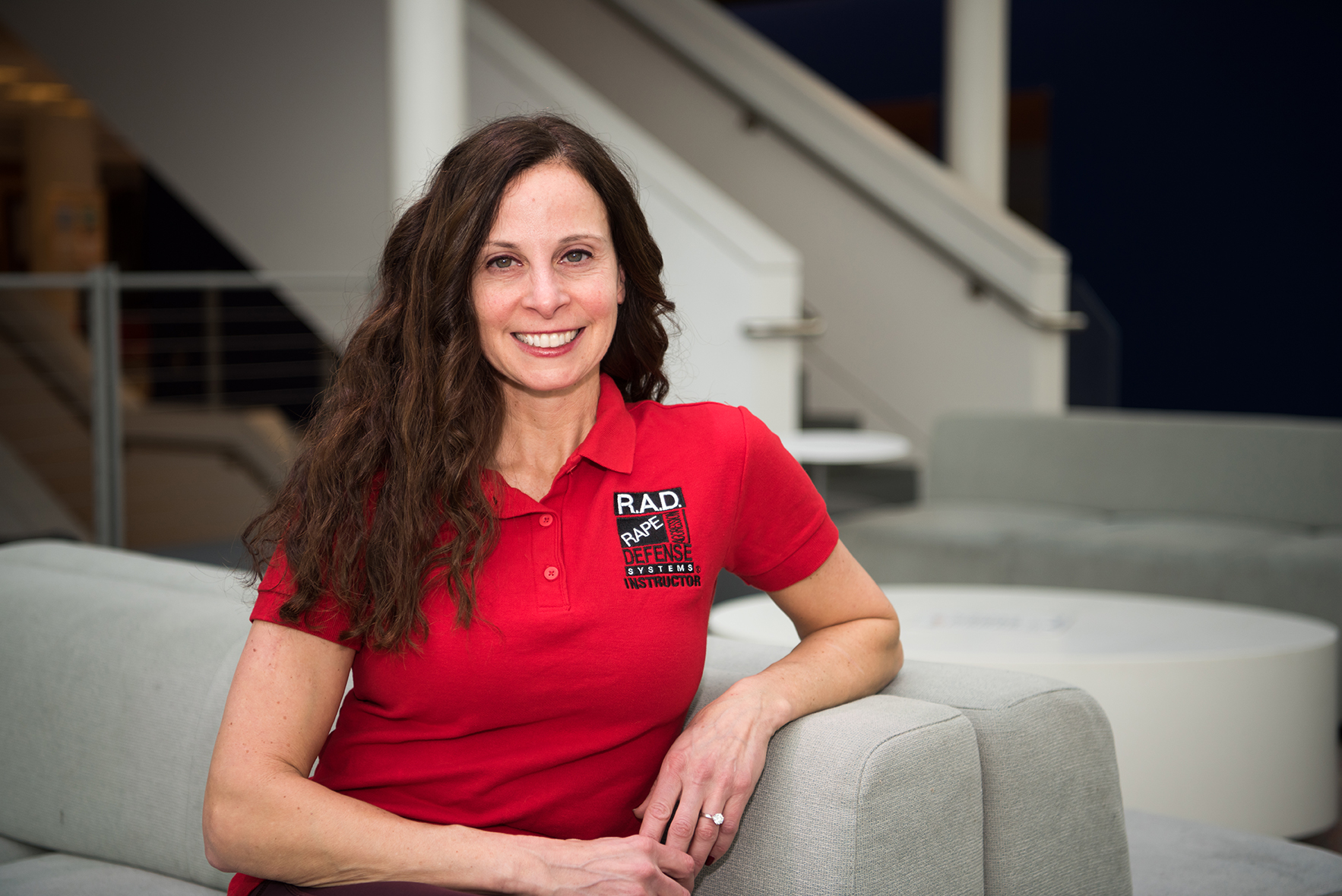 The induction is a lifetime achievement award honoring her years of sustained and energetic leadership as a sexual assault prevention educator.

“I’m very humbled to receive this award, and I’m forever grateful to the Residence Life staff whose support, encouragement and love keeps me going with the RAD endeavor,” Caracci said.

The RAD System was developed in the late 1980s. It emphasizes education and awareness – how to identify and avoid potentially dangerous situations – but also features physical self-defense training.

Caracci discovered RAD as a college student and brought it to New Paltz not long after she joined the College in 1999.

“RAD was such a great program for me as a young woman,” she said. “It focuses on preparing women, empowering them and giving them awareness and physical defense skills they can use, instead of making them feel like victims.”

Caracci has partnered with the University Police Department (UPD) and the Division of Student Affairs to bring these techniques to the New Paltz campus. UPD officers frequently serve as “aggressors” in simulated attacks that allow RAD students to practice defense maneuvers.

“Our first priority to help women avoid getting into a dangerous situation in the first place, but we also provide tools you can use to extract yourself,” Caracci said.

Caracci estimates that since 1999, more than 5,000 New Paltz students, faculty and staff have elected to take RAD courses, and dozens more have taken the more in-depth instructor training courses she provides for aspiring RAD course leaders.

“The beauty of this for our students is that you watch them transform in only 12 hours,” Caracci said. “They might be quiet at first, but by the end you’ll see them smiling, being vocal and confident.” 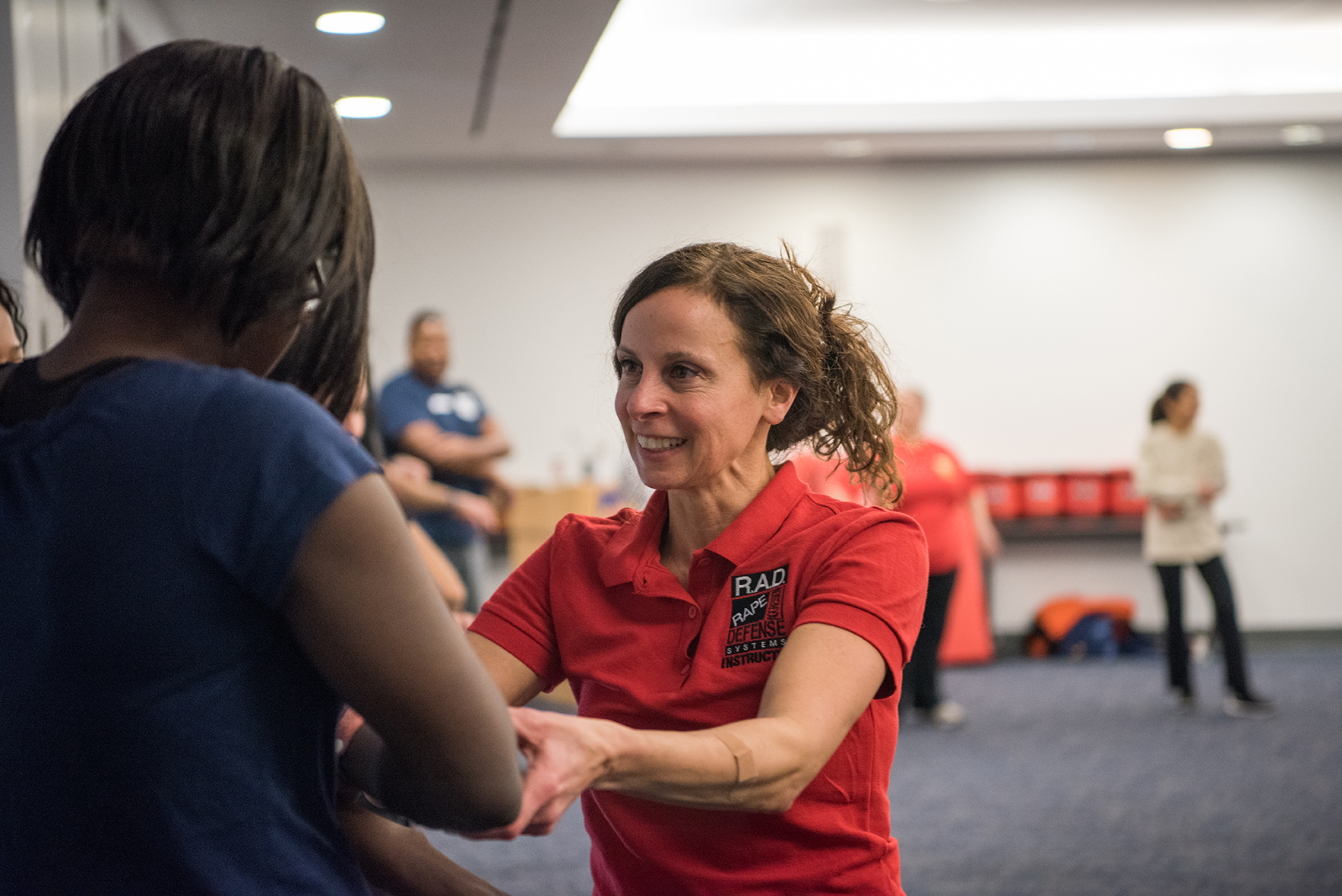 Caracci’s expertise in this area has made her a valuable resource for all campus community members who work to engender a safe and inclusive culture at New Paltz. She has helped develop consent education programs for Orientation and other student events, and more recently has worked with Deputy Title IX Coordinator Emma Morcone to develop RAD courses tailored specifically for the College’s LGBTQ population.

Caracci has also been active in sharing the New Paltz RAD model with other organizations. She is the New York State Director for Rape Aggression Defense Systems, and has travelled as far as Alaska to work with universities, high schools and other groups that want to establish their own RAD chapters.