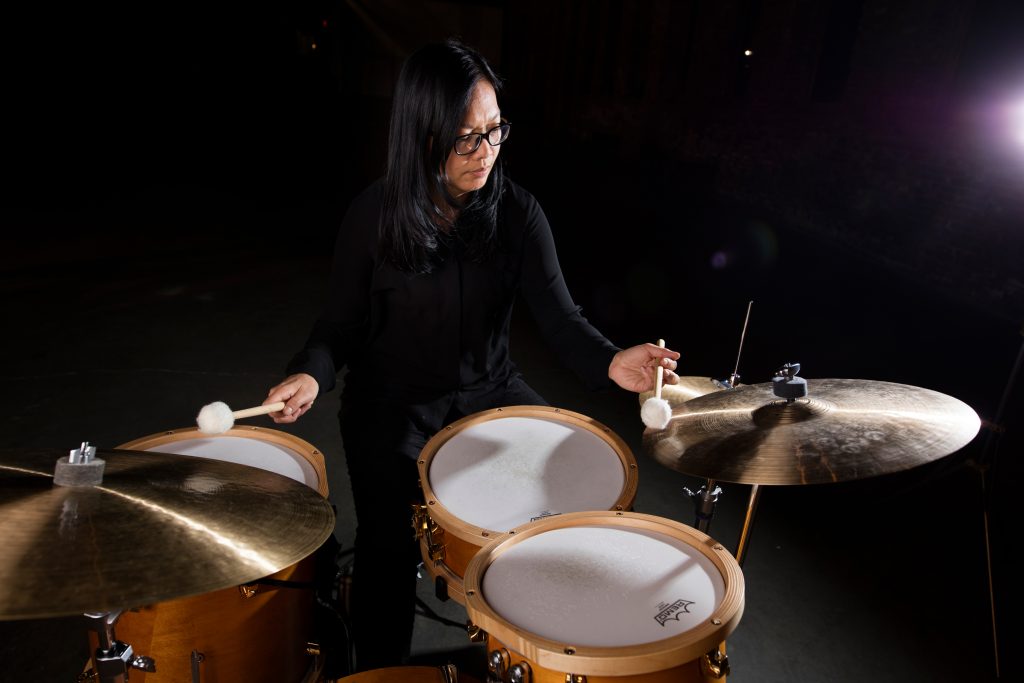 The SUNY New Paltz Department of Music is pleased to announce that the world premiere performance of Susie Ibarra’s “Talking Gong,” for flute, percussion and piano, will take place in Studley Theatre on the New Paltz campus on Saturday, March 10, at 8 p.m.

[Use this link to purchase tickets to “Talking Gong”]

Ibarra is a composer and percussionist and a major figure in the New York City jazz and experimental music community. She was named “Best Percussionist” in the 2010 DownBeat magazine International Readers Poll, was a featured performer at the 2012 London Olympic Games, and has worked and performed alongside luminaries including Pauline Oliveros, John Zorn, Wadada Leo Smith, Craig Taborn and Mark Ribot.

Her newest work, “Talking Gong,” was written for collaborative performance with Alex Peh, pianist and assistant professor in the Department of Music at SUNY New Paltz, and Claire Chase, a 2012 MacArthur Genius award recipient and 2017 Avery Fisher Career Prize winner.

“I am excited to write this special composition for Alex Peh, inspired by the gong chime culture of Southeast Asia and particularly the rhythms and language of the Philippine Maguindanaon talking gongs, the gandingan, which were originally used not only to play music but also to speak language,” Ibarra said.

“I am inspired by Susie’s deep cultural connection with her Filipino heritage and the ways in which this connection permeates her boundary-breaking work as a Jazz percussionist, composer, and improviser,” Peh said.

Claire Chase is a renowned flautist, composer and advocate for new and experimental music. She is the founder of the International Contemporary Ensemble, an American Music Center Trailblazer Award-winning collective that has premiered more than 800 works since its inception in 2001.

Chase will perform a portion of a newly commissioned piece by Marcos Balter, titled “PAN,” for solo flute and community participation.

This exciting evening of new American music will take place on March 10, 2018, at 8 p.m. at Studley Theatre on the SUNY New Paltz campus. Purchase tickets here.

Visit https://www.newpaltz.edu/music/concertseries.html for more information and to purchase tickets.

Learn more about Susie Ibarra and about Claire Chase at their websites.