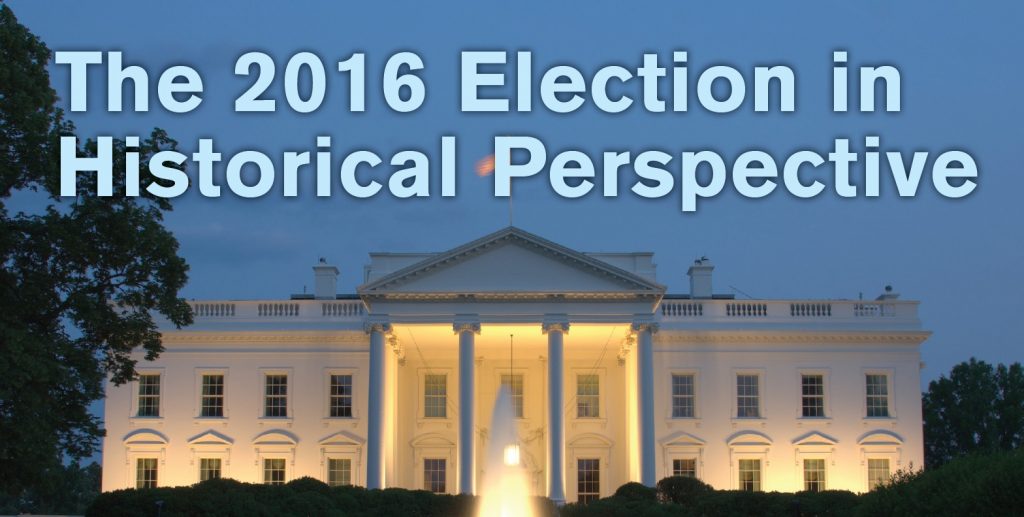 Faculty leaders in the Departments of History, Political Science and Black Studies joined together on Nov. 15 to host an open forum, “The 2016 Election in Historical Perspective,” designed to allow students to ask questions, share their thoughts and process recent political events within a broader context.

The program was emceed by Andy Evans, associate professor and department chair of history, and attended by nearly 200 SUNY New Paltz students, faculty and staff.

“I see this event as a chance to affirm our values as an institution: critical thinking and inquiry, open dialogue, interdisciplinarity, civil and rational discourse, and diversity,” Evans said. “This is what we do here at New Paltz: we critically analyze the world around us using the intellectual tools and technologies we are studying, and we respectfully and rationally engage with challenging ideas.”

The event began with a series of brief remarks by faculty members, each intended to provide background for discussion from distinct areas of academic specialization. Faculty speakers included:

Having absorbed these different takes on the election outcome, the students in attendance were then invited to conduct their own discussions. Audience members broke off into small groups for faculty-facilitated conversations on topics political, cultural, historical and personal.