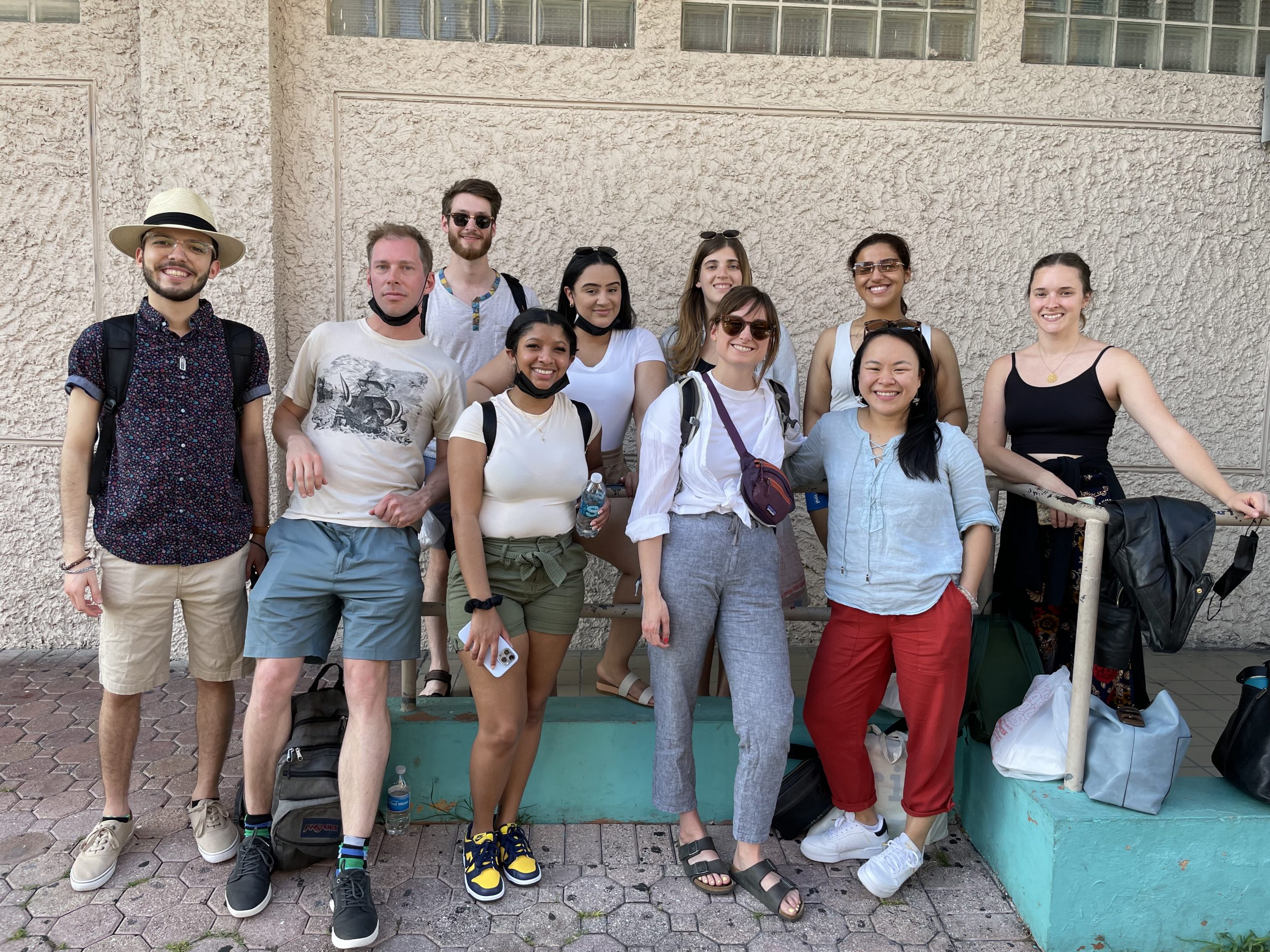 The Institute for Disaster Mental Health at SUNY New Paltz deepened its engagement in Puerto Rico this summer during a two-week program that connected counseling students with middle and high school students on the island.

The program, a SUNY-CUNY partnership with University of Puerto Rico that was announced by Governor Kathy Hochul, delivered direct services to areas of need on the island, while also providing future New York State counselors with invaluable experiential learning more than 1,000 miles from home.

“We wanted to do something that involves both New York and Puerto Rican students and that gave them real life, on-the-ground experience,” said IDMH Director Amy Nitza.

Together, they deployed to classrooms in San Juan, Puerto Rico, working with education professionals and studying the mental health effects of recent disasters on young people in the city.

“I wanted them to go into unfamiliar territory, learn from their Puerto Rican peers and negotiate the cultural barriers,” Nitza said. “You can teach disaster-related mental health, you can teach about trauma, but it’s so dependent on the culture in which it’s occurring.”

Participants explored disaster mental health theory through the current sociopolitical context of the island. In practice, that meant a mixture of class instruction, applied training in psychological first aid, and other interventions at community organizations in Puerto Rico.

That learning occasionally took some unexpected forms. At one point, American students realized that their frequent use of the word “resilience,” a common term in the practice of disaster mental health, was triggering for some Puerto Rican youth due to its association with government corruption.

“There is a responsibility to be aware of how best to speak with different people,” said CUNY graduate student Mei Maida. “That was a truly eye-opening revelation.”

There were also many moments of levity between the future counselors and the Puerto Rican youth. For Maida, who is Asian American, it was an opportunity to learn how popular culture can bridge divides.

“Students were connecting with me about K-Pop and Japanese manga,” she said. “It was a nice and unexpected little icebreaker.”

The unique collaborative nature of the program, including participants from three institutions, also made it possible for participating graduate students to build relationships with professional peers.

“I think anytime someone has a rich experience, where they’re connecting with members of another culture and building friendships, that’s pretty deep stuff,” said Arthur Nelson ’22g (School Counseling). “Of all the classes I’ve taken in my graduate degree, this one was the most relevant.”

About The Institute for Disaster Mental Health

The Institute for Disaster Mental Health (IDMH) at SUNY New Paltz seeks to address the diversity of disaster mental health demands in the region, state, nation, and the global community so that all those impacted by disaster and trauma have access to the mental health support they need.

To accomplish this goal, IDMH provides leadership to advance the field of disaster mental health and trauma response through training, research, consultation, and service.  IDMH works to establish and disseminate best practices in order to ensure that all disaster mental health services are evidence-supported and culturally sensitive.