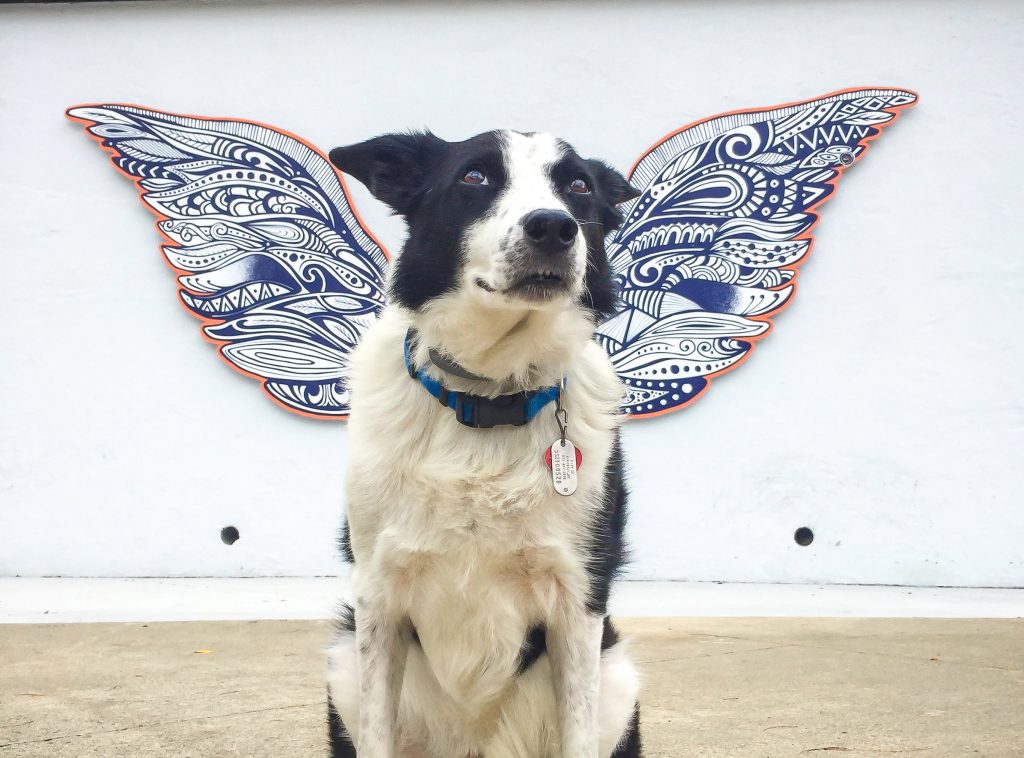 It is with sadness that the College shares news of the death of a very good boy, Augie the goose-herding doggie, on July 13. He was 15.

Augie came to the College in 2011 from a farm in West Virginia, where he had been rescued and trained to herd Canadian geese without harming them.

That specialized skillset was much needed at SUNY New Paltz. Migrating geese love spending time by the small ponds across campus, but during peak seasons they were congregating in numbers, making a mess and disrupting students, faculty and staff trying to get around.

For many years, Augie and his supervisor, retired Director of Environmental Health & Safety Mike Malloy, provided a model for herding and relocating geese as a sustainable, humane and cost-effective solution.

Along the way, Augie became a beloved friend and colleague for hundreds of people across campus. He regularly went above and beyond his official duties, helping new students at Move-In Day and even contributing to the educational mission as the subject of two children’s books.

“He embodies the true New Paltz spirit: friendly and laid-back, but hard-working and productive when it is time to get serious,” said Rachel Rigolino ’93g (English), instructor and co-author of “Augie Goes to College” and “Augie Goes to the Library.”

By the late 2010s, Augie’s days running with the geese were largely behind him, but he stayed on in an emeritus role and was a frequent presence at campus events. In his spare time, Augie donated his services to the greater New Paltz community by participating in the “Read to a Dog” program at Elting Library. He continued living with Malloy and the College secured his veterinary care at no cost through a family connection.

Augie and Malloy made their retirement official at a fall 2021 ceremony attended by dozens of colleagues, which provided one last celebration of his singular career.

Links to a few of our favorite Augie photo galleries:

Holiday book signing in the SUB, 2016