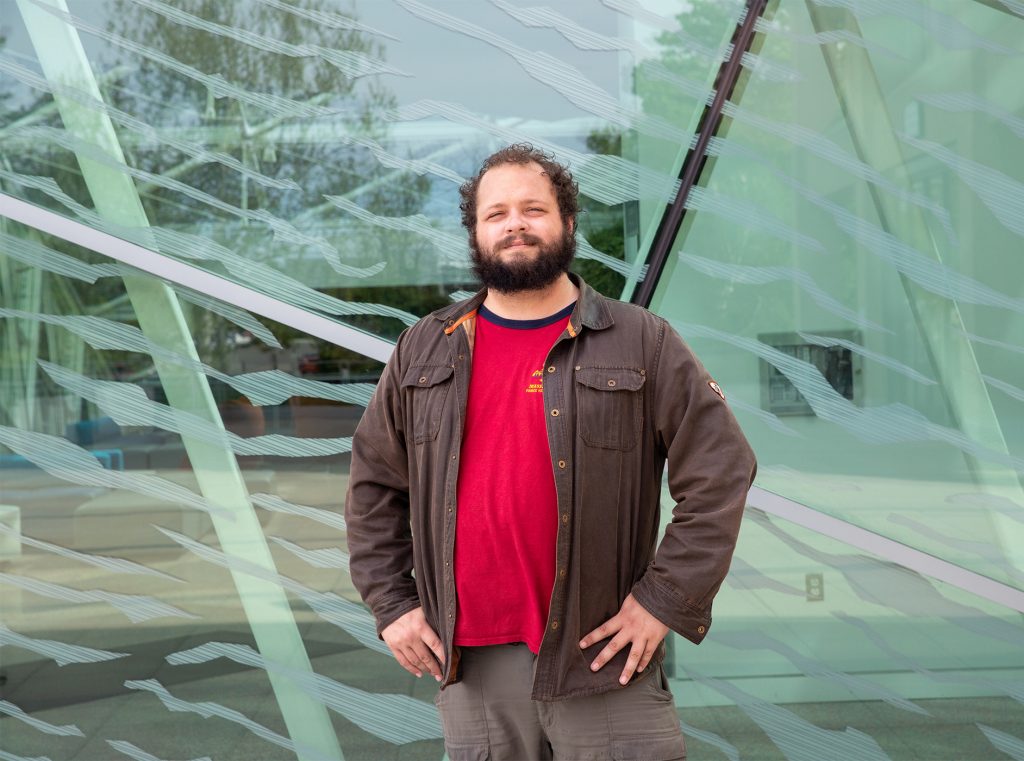 As youth participation in elections increases nationwide, one recent SUNY New Paltz graduate has been recognized for his efforts encouraging democratic participation here on campus and beyond.

Chet Guenther ’22 (International Relations; Linguistics), originally from Plattsburgh, New York, was one of 82 college students across the U.S. named to the ALL IN Campus Democracy Challenge Voter Honor Roll, an annual award for students who go above and beyond to advance nonpartisan student voter registration, education, turnout efforts, and equitable access to the polls.

Guenther has been involved with voting on campus almost since his arrival at New Paltz. He said he’s found the College to be a place where students have a voice and are encouraged to work on behalf of causes they’re passionate about.

“Talking about politics here is like talking about the weather,” he said. “The issues that matter most right now have the biggest impact on our generation.”

Unsurprisingly, the 2020 election cycle was among the busiest for Guenther and other voter turnout advocates on campus. He was a key part of a registration and access effort that led New Paltz to have the highest voting rate in SUNY that year.

“The pandemic encouraged people who were on campus to register at their campus addresses, so they were more inclined to vote locally,” he said. “People knew what was going on, and so they wanted to be more involved.”

Guenther has also rallied for democratic processes closer to home, meeting with peer students and inviting them to participate in student governance and campus elections at that level. He was directly involved with the Student Association during his time at New Paltz, most recently as the Senate Chair, and worked on issues including sustainability and vegan dining options on campus.

“The Student Association is the primary source of student advocacy,” he said. “They have direct interaction with administration and faculty in the school.”

Now that he has graduated, he will go on a well-deserved break from mobilizing students for social change.

“I’m hoping to just being able to read things that I want to and maybe go for a hike up in the mountains,” he said. “I am looking forward to a moment of free time before getting into whatever comes next.”

About the ALL IN Campus Democracy Challenge

ALL IN, in collaboration with more than 870 higher education institutions, seeks to make participation in local, state, and federal elections a social norm, and to increase the number of college students who are democratically engaged on an ongoing basis, during and between elections, and not just at the polls.

More info about ALL IN here.