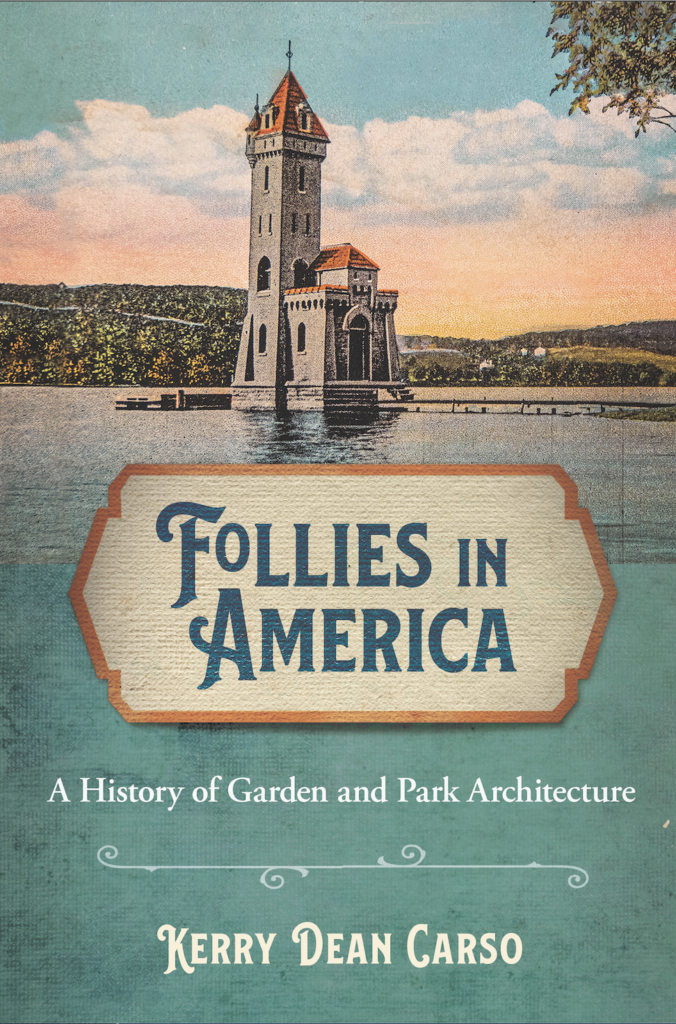 Art History Professor Kerry Dean Carso is the author of a new book examining 19th-century American culture through the lens of “follies”: garden buildings inspired by European architectural style that imported ideas of civilization into the American wilderness.

“Follies in America: A History of Garden and Park Architecture” takes an interdisciplinary approach to evaluate buildings, art and literature from the nation’s founding through the centennial celebration in 1876.

During a a period of increasing nationalism and frontier expansion in the U.S., these follies – such as temples, summerhouses, towers, and ruins – imported a range of European architectural styles and were used to imprint the land with symbols of European culture.

Carso’s scholarship uses these follies as a window into major themes in 19th-century American culture: tensions between Jeffersonian agrarianism and urban life, the ascendancy of middle-class tourism, and gentility and social class aspirations, among others.

“Follies in America: A History of Garden and Park Architecture” is available now from Cornell University Press.