The Department of Theatre Arts presents a new foray into musical performance with “Getting Up Is Easier: New Songs for a New Era,” streaming on March 20 & 21.

“Getting Up Is Easier,” directed by Catherine Doherty with musical direction by Katya Stanislavskaya, was pre-recorded at McKenna Theatre and mixed and edited by Dan Gonko.

Tickets are offered on a pay-what-you-can scale and must be reserved in advance. Please use this link to RSVP. 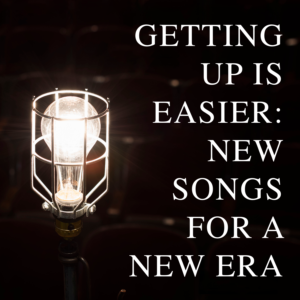 About “Getting Up Is Easier: New Songs for a New Era”

“Getting Up Is Easier” consists of contemporary musical selections that span the globe with vibrant, poignant, hilarious and poetic messages of hope, persistence and love, embodying the Department of Theatre Arts’ commitment to provide a theatrical narrative arena for underrepresented voices.

These are works by award-winning authors and emerging artists alike, all procured by Stanislavskaya through her rich network of connections in the musical theatre industry.

They are brought to life through the directorial partnership of Doherty and Stanislavskaya. Their last collaboration was the College’s 2018 performance of “Into the Woods,” which garnered a BroadwayWorld Award for Best College/University Production of a Musical for the Central New York region.

Performances of “Getting Up is Easier: New Songs for a New Era” will be given on:

Guests are required to RSVP in advance to join the virtual audience for this live-streamed production from SUNY New Paltz’s Department of Theatre Arts.

USE THIS LINK TO RSVP

Please use this link to read more about how our work is continuing in the midst of the COVID-19 pandemic. The Department of Theatre Arts thanks the many hundreds of community members who have supported our students’ education and creativity during these unprecedented times. 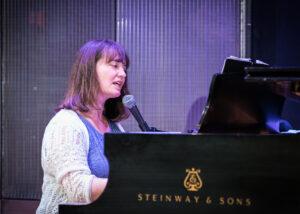 About the Musical Director
Katya Stanislavskaya is a musical theatre composer, lyricist, librettist, musical director and assistant professor at SUNY New Paltz. Her original works include the full-length musicals “Resident Alien” and “Going South,” the theatrical song cycle “Women on Love,” and many short musicals and cabaret songs.

Her works have been developed and performed at several professional workshops and theaters, and some of her awards include the Jerry Harrington Award (BMI), Weston New Musical Award, MacDowell Colony Residency, and Nautilus/New Dramatists Composer-Librettist Studio. Stanislavskaya is currently working on “The Poorhouse Project,” which will be developed with the Gainesville Theatre Alliance in 2021-22.

Stanislavskaya has served as musical director, conductor, and/or pianist at several regional venues and festivals, and numerous colleges and universities. Previously, she served as the musical theatre program director at Western Carolina University, and has taught and music directed at New York University, Temple University, CUNY-Lehman, University of the Arts, and Westminster Choir College. 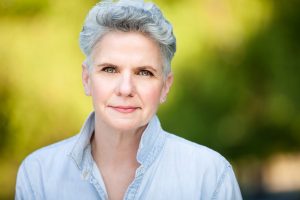 About the Director
Catherine Doherty is an award-winning director, actor and assistant professor of theatre arts at SUNY New Paltz. Her directing credits at New Paltz include “Into the Woods,” “Ready Steady Yeti Go,” “Parade,” “Mad Forest” and “To Kill a Mockingbird.”

Representative regional directing credits include “See How They Run,” “You Can’t Take it With You,” “Mary Poppins,” “My Fair Lady,” “The King and I,” “Chicago,” “The Elephant Man” and more. Her selected acting credits include “Good People,” “Margie,” “Romeo and Juliet,” “Nurse,” “Lady Bracknell,” and “The Importance of Being Earnest.”

Doherty has worked with St. Michael’s Playhouse, Northern Stage, Shadowland Stages, Potsdam Music Theatre, Opera North, Theatre in the Square (Georgia) and Lincoln Center. She has worked for ABC, CBS and Fox Television. She is a past recipient of the Telly Award and the Ida Lupino Award from the Director’s Guild of America.