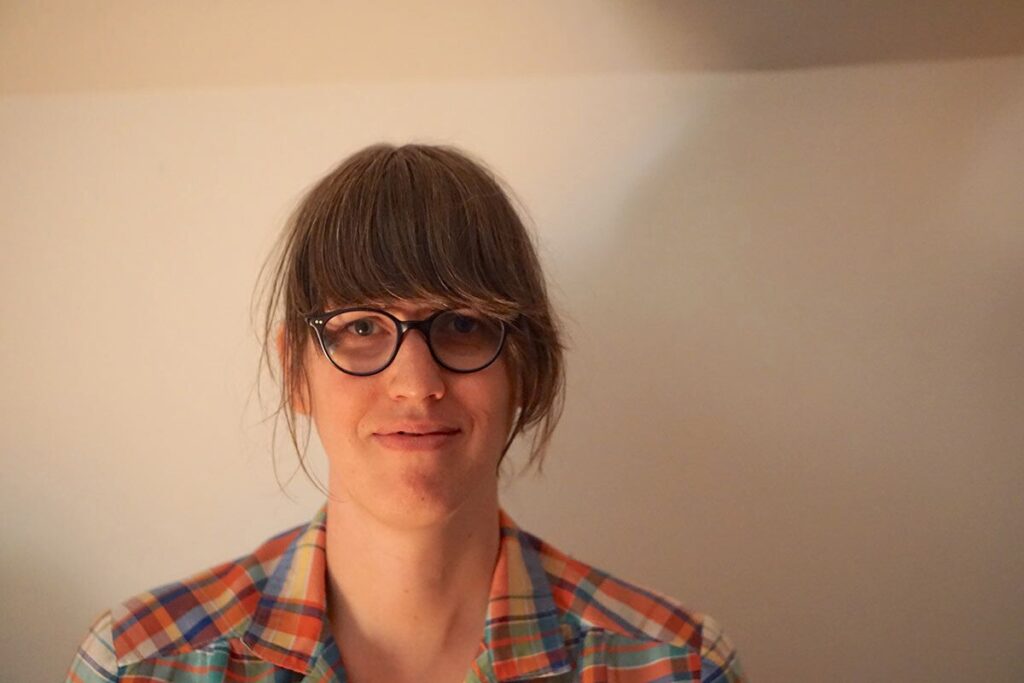 Groundbreaking composer, performer and audio-visual artist Sarah Hennies will join the Department of Music this semester as part of the Kenneth Davenport Residency for New American Music.

Hennies will kick off her residency at 5 p.m. Wednesday, Feb. 17, with a public artist talk where she will introduce herself to the New Paltz community, discuss her influences as a composer and performer, and give students and the public an opportunity to ask her questions about her work. The event will take place online via Zoom and guests can RSVP here.

Hennies, who presents her work across the world as a composer and percussionist, is known for enhancing her compositions with live visual performance elements like dance and film.

Her pioneering, highly physical style, as well as her ongoing exploration of societal themes like queer and trans identity, love, and intimacy, has garnered her several accolades, fellowships, commissions, and grants. Hennies’ highly regarded 2017 work, “Contralto,” has made her an in-demand act across North America, Europe, and Australia.

As this semester’s Davenport Resident, Hennies will lead music students in composing a music score, meeting weekly to workshop their pieces. The finished work, “Untitled for Five or More Players,” will premiere on the Listen Forward YouTube channel at 7 p.m. on April 20.

“I feel like the points of view Sarah has are, oftentimes, things many of us think about inside but don’t have a way of conveying,” said Chen. “She has a real ability to make sound work with those types of private thoughts, those private realizations.”

Chen will give a solo piano performance of Hennies’ “absent, removed” on March 16 on the Listen Forward channel as part of the Department of Music’s spring 2021 Concert Series. Inspired by the Peter Handke quote, “She was; she became; she became nothing,” the work is about the impermanence and transient nature of life.

“It’s not like a traditional musical score, where a person who can read traditional notes can look at it and know what it’s going to sound like,” said Chen. “That’s what’s so fun about it. As a participant, you’re really in more of a composer role, even though she developed the piece and its vision.”

Also this semester, the Department of Music and the Samuel Dorsky Museum of Art will co-sponsor a screening of “Contralto,” at 1 p.m. Sunday, April 18, on Listen Forward.

The Kenneth Davenport Residency for New American Music at SUNY New Paltz is made possible by the College’s Kenneth Davenport Endowment, established in 1985 by the School of Fine & Performing Arts and the Davenport Family. The program commissions modern American composers to work with students on the creation of a piece of music.

Visit the Department of Music online to learn more about their programs and performances.