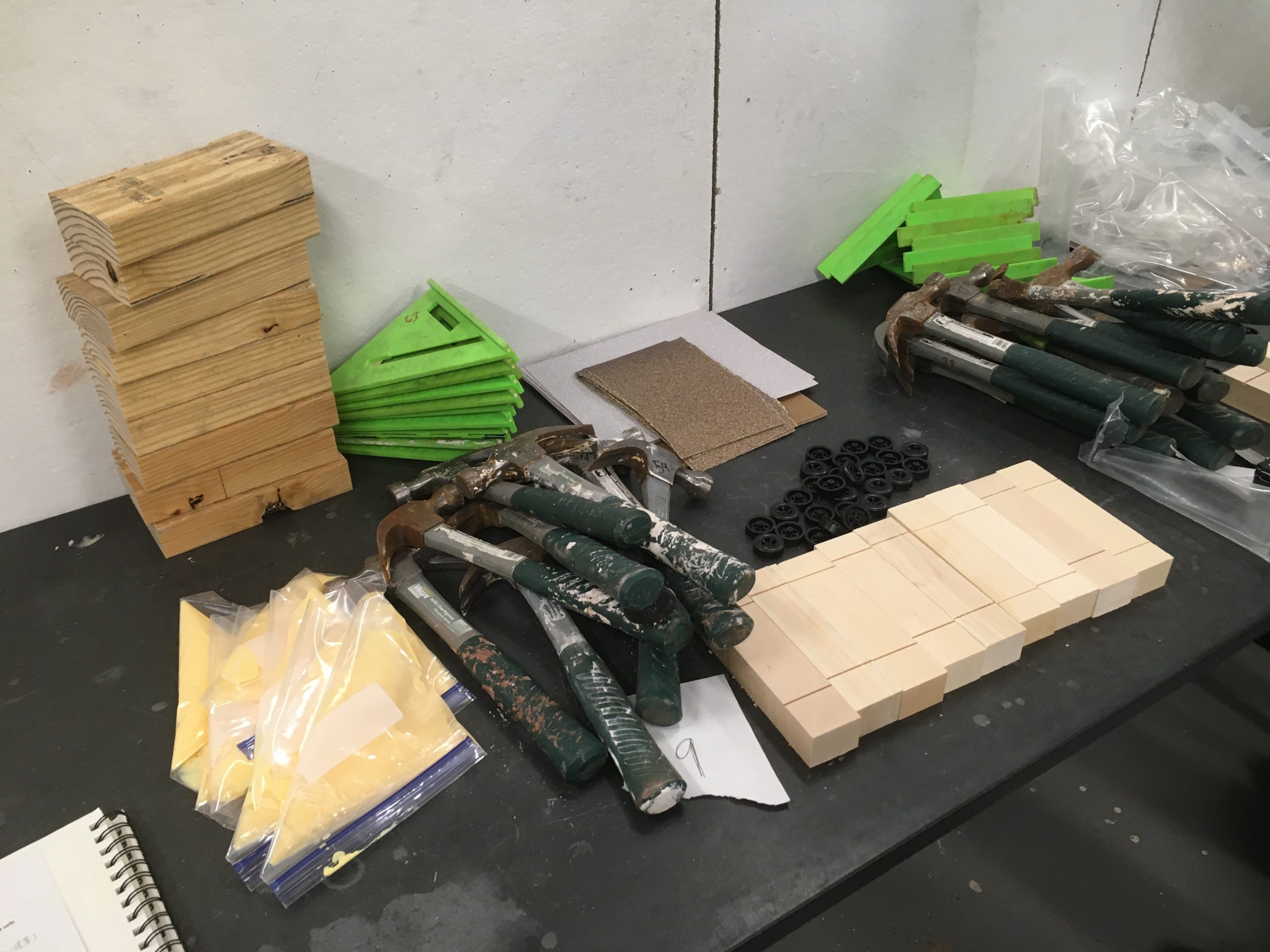 SUNY New Paltz sculpture lecturer Michael Asbill and students in his Internship in College Art Studio Teaching course saw the writing on the wall the week of March 9. As the COVID-19 outbreak began swelling in New York, they had a feeling they wouldn’t be returning to campus after spring break.

So they sprang into action, creating take-home sculpture kits to keep sculpture students meaningfully engaged in the absence of hands-on, in-person instruction.

“We wanted to make sure the students were feeling really cared for and looked after, and not on their own,” said Asbill. “We didn’t want them to feel stranded.”

The group began “rooting through everything we had” in the sculpture studios. The next assignment for his classes—Basic Sculpture and Introduction to Sculpture—was a wood fabrication project. Though they couldn’t send students home with power tools, Asbill’s team managed to assemble enough materials to allow students to develop art in their own spaces. 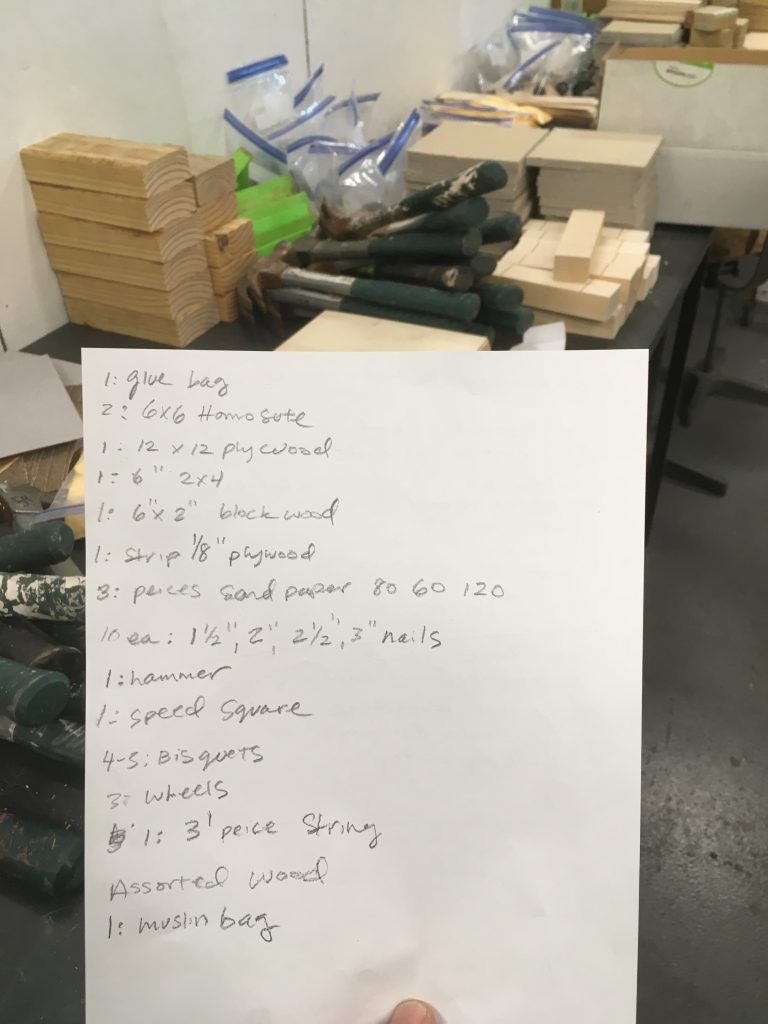 “It was a weird hodgepodge of stuff that we scrambled to put together,” said Asbill. “We met Thursday morning at 9, and by 11 we had produced about 50 kits.”

The kits were about 2 feet by 2 feet—roughly pillowcase sized—and stuffed with “random scraps of wood” that he and his students cut down from larger pieces, along with other items like wood glue, nails, speed squares and hammers. One student had some surplus muslin fabric, which they cut up and sewed into bags to hold the kit materials, tying them off with twine.

With the take-home kits in hand, Asbill and his interns worked to develop creative prompts to inspire students, each of which confronted a different aspect of the COVID-19 crisis.

Adam Elmadany ’20g (Studio Art) came up with the idea for students to build small monuments to essential workers “who are largely unseen,” Asbill said, such as grocery store workers.

The third idea, contributed by Erin Antonak ’20g (Studio Art) and Courtney Haeick ’20g (Studio Art), is inspired by a quote from social and environmental activist Naomi Klein, who has called for “an awakening of a utopian imagination” in the face of global catastrophic change.

“I feel like we could activate that message here,” said Asbill. “In diorama form, or in some other kind of practical form, they can construct something that activates this sense of utopian imagination.”

Asbill’s students will photograph their projects and then use Blackboard, WebEx and other tools for remote conferencing to share and discuss their work virtually.

Visit the Sculpture Program online to learn more about our faculty, studio spaces and opportunities for students.