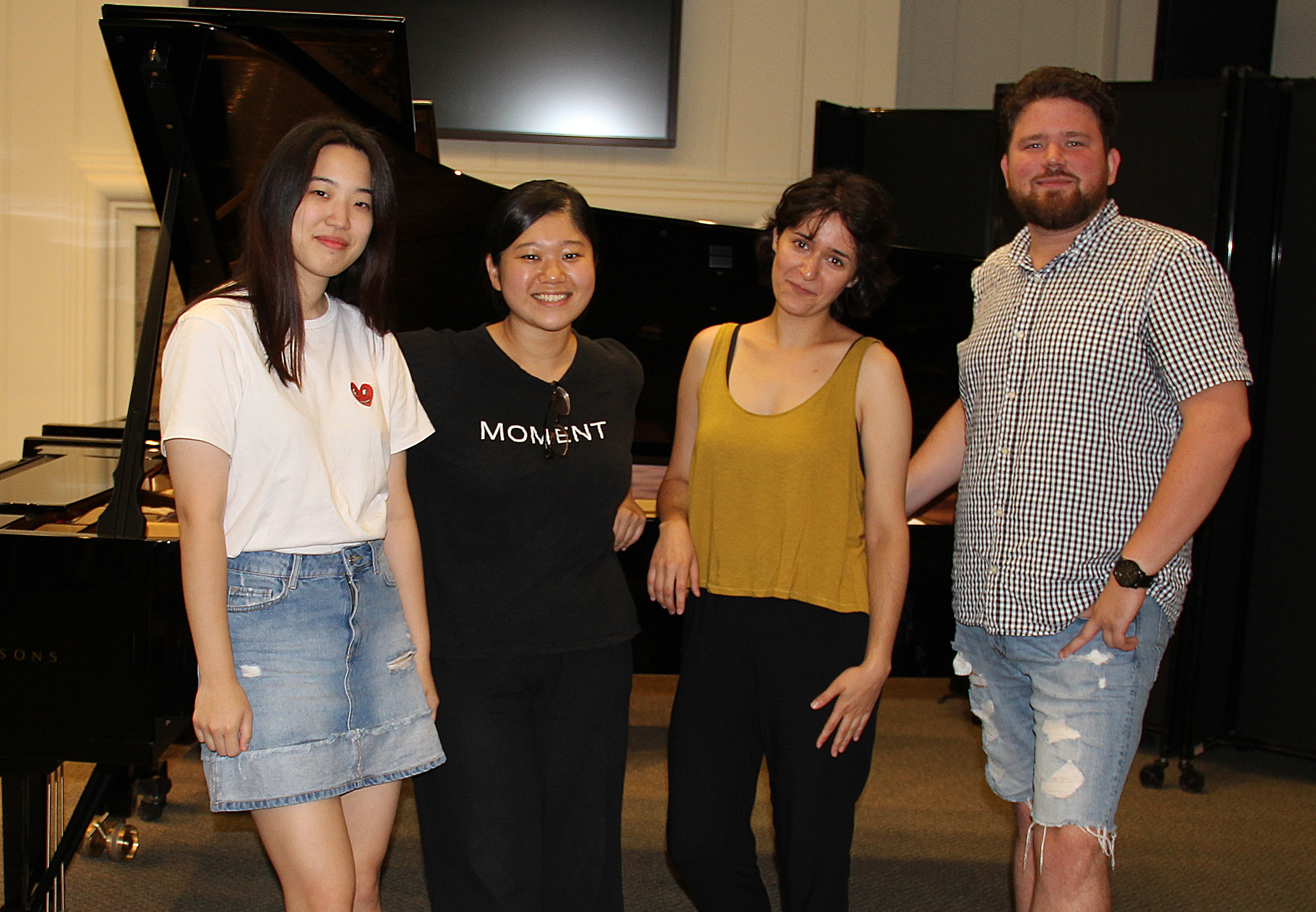 The judges of the 2019 Jacob Flier Piano Competition named Alina Smirnova of Russia, Ji Youn Lee of South Korea, Nenad Ivovic of Serbia, and Hyo Eun Park of South Korea, the winners of this year’s contest.

Smirnova, Lee, Ivovic and Park secured the right to return to the SUNY New Paltz campus next year and perform at the 2020 Jacob Flier Piano Competition Gala.

This was Smirnova’s first time competing and performing in the United States, as well as her first time playing an American Steinway piano.

“They are very much different than the ones I have played in Europe or Russia,” said Smirnova. “It was also my first performance of the concerto, after one month of practicing, [which was] a little bit challenging.”

Ji Youn Lee has been playing piano since the age of 5. She has won top prizes in numerous piano competitions, and has performed across Korea and the United States. Lee is currently studying with PianoSummer faculty member HaeSun Paik at the New England Conservatory in Boston.

The Jacob Flier Piano Competition was “a great opportunity to perform in front of a lot of people,” said Lee.

Nenad Ivovic has won more than a dozen prizes at international competitions, and regularly performs in the United States and Europe. He earned his master’s degree at Yale University, where he will hold a collaborative piano fellowship position starting this September. He learned the concerto he performed for the final round of the Jacob Flier Competition just six weeks ago.

“This is among the festivals [with] very intense teaching, but it’s definitely useful,” said Ivocic. He said festival-based piano competitions, such as the Flier Competition and others like it, provide “more of a warm atmosphere than competitive.”

Hyo Eun Park has been playing piano since she was 5, and attended Seoul National University from 2014 to 2019. She has performed in several orchestras in South Korea, and won top prizes at many competitions in Europe and the United States.

“I learned (the concerto) a few months before, and already performed it at another competition—however, it was quite a big challenge to bring back this summer,” said Park. “When I play Tchaikovsky, it’s always a thrill.”

The Jacob Flier Piano Competition, named for the prominent Russian concert pianist and PianoSummer Artistic Director Vladimir Feltsman’s teacher and mentor, is open to piano students up to age 35. This year’s competition took place on July 15 and July 17.

For the fourth time in the history of PianoSummer at New Paltz, the judges made the decision not to award a first prize this year. Haewon Feltsman, PianoSummer coordinator, said there was no clear winner; Smirnova and Lee were awarded second place honors, and Ivovic and Park took third place.

Since 2017, the Flier Competition first-prize winner has earned a debut recital in Carnegie Weill Recital Hall in New York City and a performance in the spring Department of Music Concert Series in Studley Theatre at SUNY New Paltz. These opportunities will not be bestowed on any of this year’s competitors.