The Department of Theatre Arts at SUNY New Paltz presents “for colored girls who have considered suicide / when the rainbow is enuf,” a story of seven women of color who find unity through their shared oppression in a racist and sexist society, and form a sisterhood through stories of love, empowerment, struggle and loss.

Performances will be given Feb. 28 to March 3 and March 7 to 10 at McKenna Theatre on the SUNY New Paltz campus.

This production is directed by Bria Walker, assistant professor of theatre arts, who says audiences can expect to experience “a myriad of emotions,” as they witness the story of “young women of color living fully as themselves: unapologetic and uninhibited, without judgment or condition. It’s quite empowering and beautiful.”

“for colored girls…” is written by the late Ntozake Shange, who pioneered the art of choreopoem – a collection of poems strung into a series to elicit a deeper, more visceral reaction from audiences – in penning this production, her best-known piece.

“A choreopoem is a mixture of poetry, song, dance and music,” said Walker. “Shange wanted to depart from traditional western poetry and storytelling, so instead of focusing on specific plot elements or characters, she focuses on creating an emotional response from the audience.”

“for colored girls …” premiered in New York City in 1976, a theatrical event replete with colorful costumes, chorography and soul-stirring musical numbers. It became just the second play by a black woman to be performed on Broadway and was critically acclaimed, winning the Obie Award, the Outer Critics Circle Award and the AUDELCO Award, among others.

More than 40 years later, the story it tells is as relevant as ever, resonating deeply with contemporary cultural movements like #blackgirlmagic, #blackgirlsrock, #metoo, #sayhername and #muterkelly.

“Women, and specifically black women and women of color, deserve to have their stories told,” said Walker. “We get swept under the rug a lot by mainstream culture and even, sometimes, by our own culture. We’re told and treated as though what we feel and experience doesn’t matter or that we shouldn’t complain, but this piece shows that we are multi-faceted – that we do not exist as some cultural monolith that can only express ourselves in one way.”

There will be a pre-show theatre talk at 6:30 p.m. before the Friday, March 1, performance. 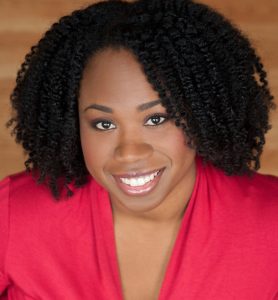 About the Director
Bria Walker is a New York-based multidisciplinary artist and assistant professor of acting at SUNY New Paltz. She earned her Bachelor of Fine Arts at Wright State University and her Master of Fine Arts at the National Theatre Conservatory in conjunction with the Denver Center for the Performing Arts.

Walker’s recent directing credits include: co-director of “Crowns” (Fleetwood-Jourdain Theatre); “Avenue Q” (SUNY New Paltz and University of Pittsburgh); “SURREALITY: An Evening of Sh*t That May Be Deep,” staged readings of “She Like Girls” and the “Every 28 Hours Plays” project (SUNY New Paltz); “Morning Mourning” (SWAN Day Festival); “Dog Shit” (B.U.S. 11) and “Off With Her Maidenhead” (the Pitch series for Merry-Go-Round Playhouse).

Writing credits include “Chant” (The Monologue Project) and “The Doll Confessions,” with original writings “Monk Monk’s Interlude” and “Tattered Love.” Film credits include “The Beat Goes On” and “Somewhere Near Here.”