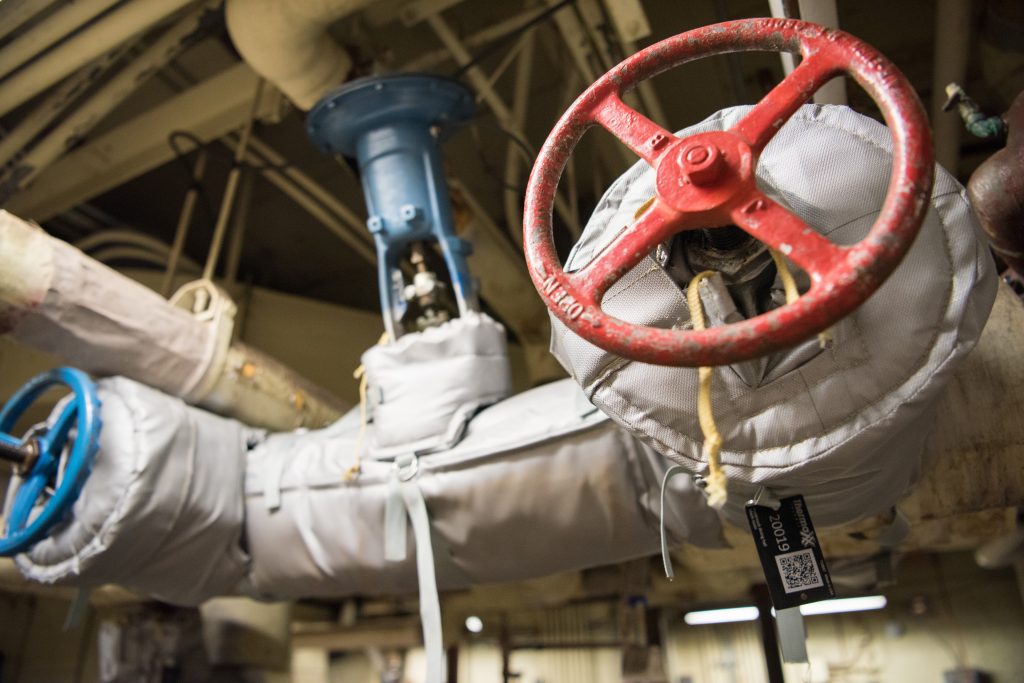 The jackets, manufactured by Thermaxx and installed by East Coast Hazmat of Paterson, N.J., wrap around hot piping and valves and keep that heat in. They offer a number of benefits: 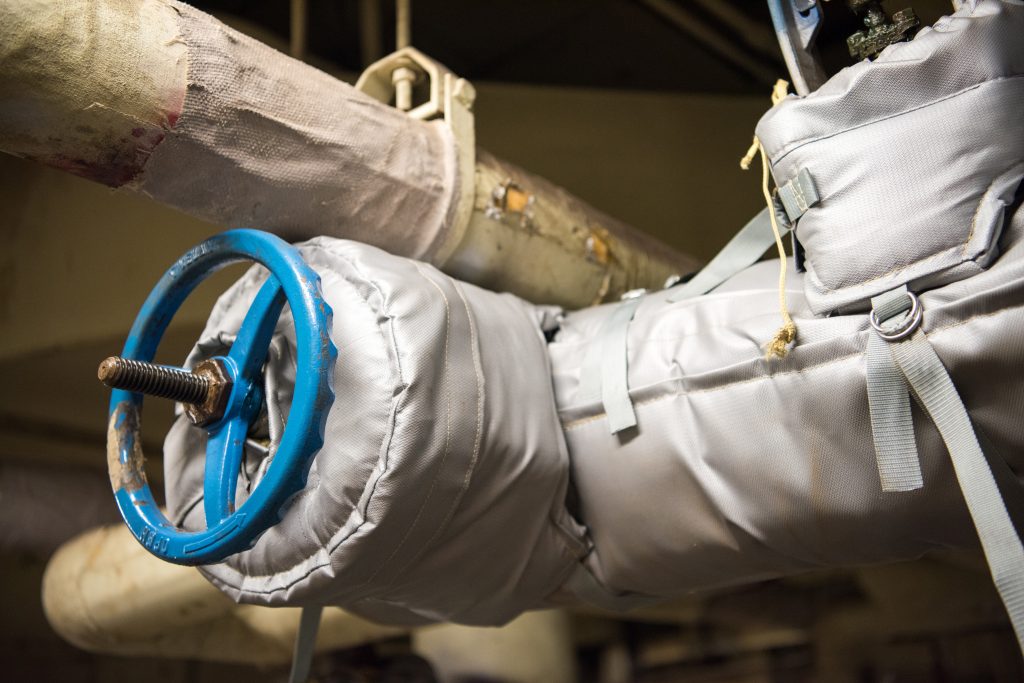 The installation of these jackets represents a major step for New Paltz toward meeting the goals laid out in Governor Andrew Cuomo’s Executive Order 88, which calls for a 20 percent improvement in the energy performance of state government buildings by April 2020, using state fiscal year 2010-11 as a baseline.

Piping insulation was among the many energy conservation measures articulated in the College’s Energy Master Plan, published in February 2016 in accordance with EO88 requirements.