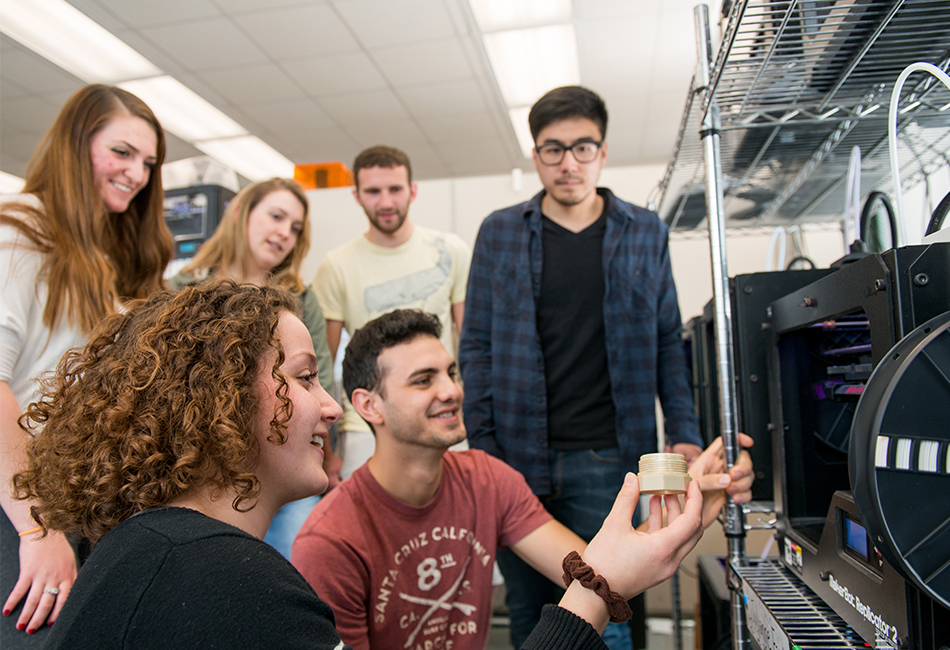 Dylan Atkins, Lori Jockers, Kayla Marchant, Ariel Pignatelli, Jack Yang and Christian Zoeger will become the first SUNY New Paltz students to complete the College’s Bachelor of Science in Mechanical Engineering degree program when they graduate with the Class of 2017.

The undergraduate mechanical engineering program at New Paltz launched in 2014, and complements the School of Science & Engineering’s long-standing, ABET-accredited programs in computer and electrical engineering. The six students who will complete the program this May were among the first to declare the new degree.

“I came here for the art program, because I heard it was really good, but I had a strong background in math and I wanted to combine the two,” said Lori Jockers of North Massapequa, N.Y. “When I found out they were starting a mechanical engineering program here, I figured there would be a creative aspect to designing new things. I was excited to take the design classes every year, and learned to really enjoy the program overall.”

The program is defined by its small class sizes and close student-faculty collaboration. Courses focus on preparing students to meet the modern demands of employers, particularly those in the Hudson Valley and across New York State whose need for skilled engineers was a driving force behind the creation of the mechanical engineering program at the College.

“I got a job with Bechtel Plant Machinery, a contractor for the Navy that develops nuclear propulsion technology for aircraft carriers and submarines,” said Ariel Pignatelli of Rexford, N.Y. “I learned a lot of the skills I’ll need for that here, through research and the senior design class, so I know that will be very helpful.” 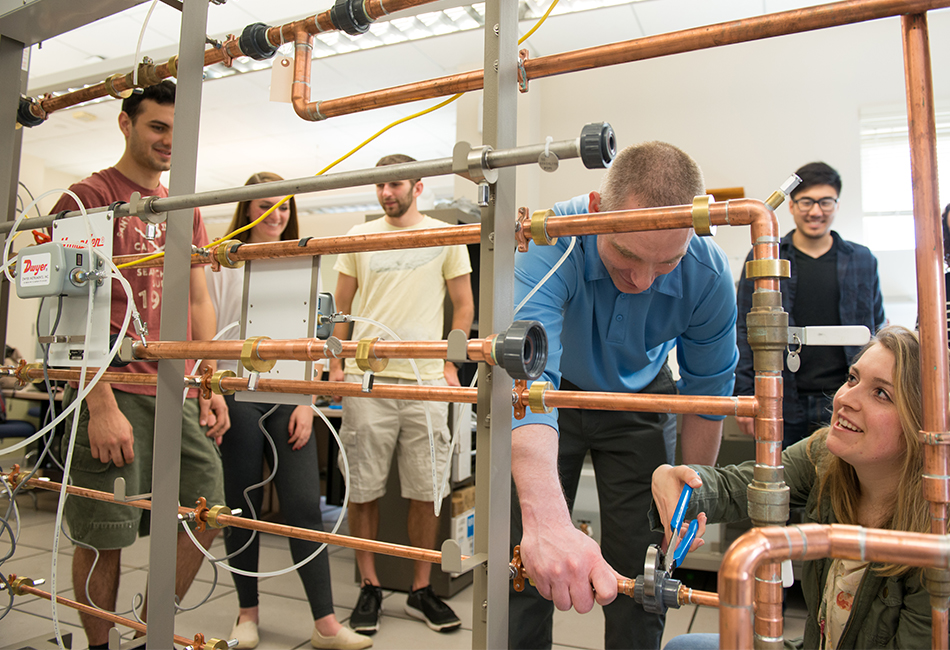 Students and faculty have access to state-of-the-art facilities, tools and technologies, including the Keysight Technologies Senior Design Lab in Wooster Hall, which houses best-in-industry test instruments provided by the international leader in engineering hardware.

“The classes at New Paltz really push the students to their limits,” said Jack Yang of Flushing, N.Y. “You might have to take a lot of hard classes at the same time, and there’s a lot of hard work, but all that helped us become better engineers. We had to learn how to adapt and multitask, and I think that prepared us for anything that’s going to come our way.”

The program has grown rapidly, hitting the 100 enrolled student milestone in fall 2016, just two years after its debut.

“Being in the first class of graduates and seeing how the professors work, I can say I appreciate now how a class gets built, how projects get designed,” said Christian Zoeger, from Lima, Peru, who started at New Paltz as an ESL student in the Haggerty English Language Program. “In the same manner that an engineer has iterations, the professors in engineering here make improvements in their classes, and also make themselves available to help when we’re having trouble.” 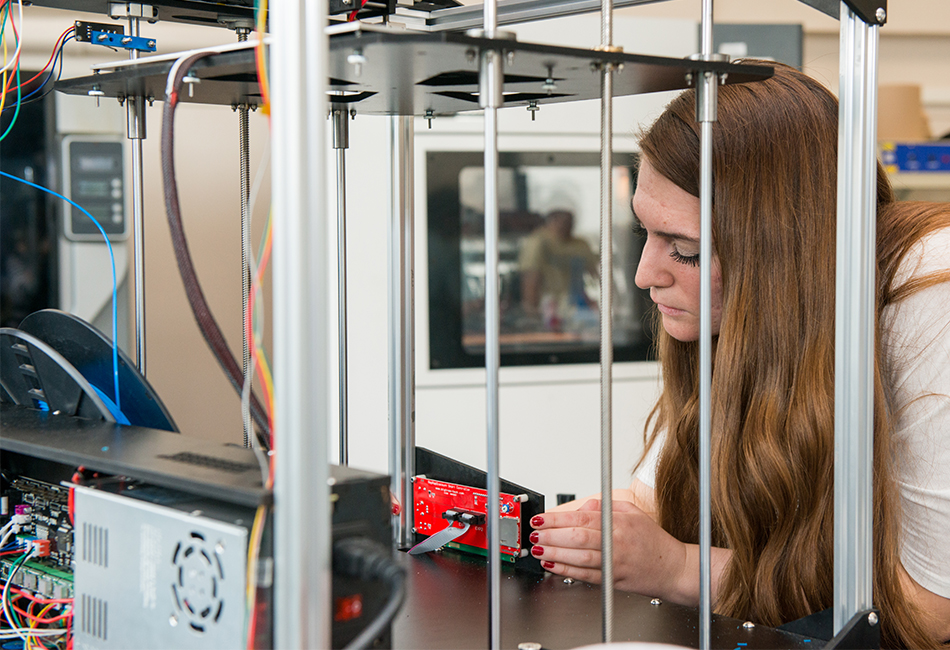 A 2016 National Science Board report, with data current up to the year 2013, recorded that nationwide women’s enrollment in engineering fields was at 19.3 percent, indicating that the participation rate of women in mechanical engineering at SUNY New Paltz is higher than the national average.

“I transferred here from Dutchess, and wasn’t sure at first whether the mechanical engineering program would be able to take me, because it was so new. But it was a smooth transition, and I’m happy I transferred here,” said Kayla Marchant of Rhinebeck, N.Y.

With continued growth forecasted for this and other engineering programs, New Paltz students and faculty are looking forward to the construction of the new Engineering Innovation Hub, which is expected to open its doors in late 2019 or early 2020.

Visit the Division of Engineering Programs online to learn more.