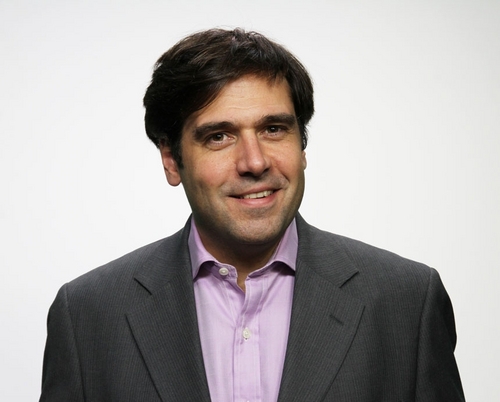 In this speech, Cox will delve into the timely and complicated issue of free trade – its history in U.S. economic policy, and how difficult it can be to appreciate the benefits of free trade policies when they are spread widely across the domestic marketplace.

The talk will take place on Tuesday, April 4, at 7 p.m. in the Coykendall Science Building Auditorium. The event is free and open to the public.

Cox spoke with WAMC’s Alan Chartock about the themes of his talk, his career in journalism and his experiences as Ottaway Visiting Professor on a March 23 edition of In Conversation. Listen to the interview via this link.

About Rob Cox
Rob Cox is the global editor of Reuters Breakingviews, the financial commentary division of Thomson Reuters. He is a frequent contributor to CNBC and has written opinion pieces for the Wall Street Journal, BuzzFeed, Newsweek, USA Today and other publications.

Cox spent a decade abroad as a foreign correspondent. He cofounded Breakingviews in London in 2000 and sold the company to Reuters in 2009.

A resident of Newtown, Conn., Cox also helped found the organization Sandy Hook Promise, which formed in the wake of the 2012 massacre at Sandy Hook Elementary School, and which is dedicated to combating gun violence.

Cox is teaching an upper-level journalism seminar this semester called “Financial Journalism and the Business of Media.”

For information about the event, contact Lisa Phillips, associate professor of journalism and Ottaway coordinator, at phillipl@newpaltz.edu.

About the Ottaway Visiting Professorship
The James H. Ottaway Sr. Visiting Professorship, SUNY New Paltz’s only endowed professorship, is named for the founder of Ottaway Newspapers Inc., now the Local Media Group, which operates print and online community media franchises in seven states. The flagship newspaper of the chain is the Times Herald-Record in Middletown, N.Y.

More information about the Ottaway Visiting Professorship is available online.