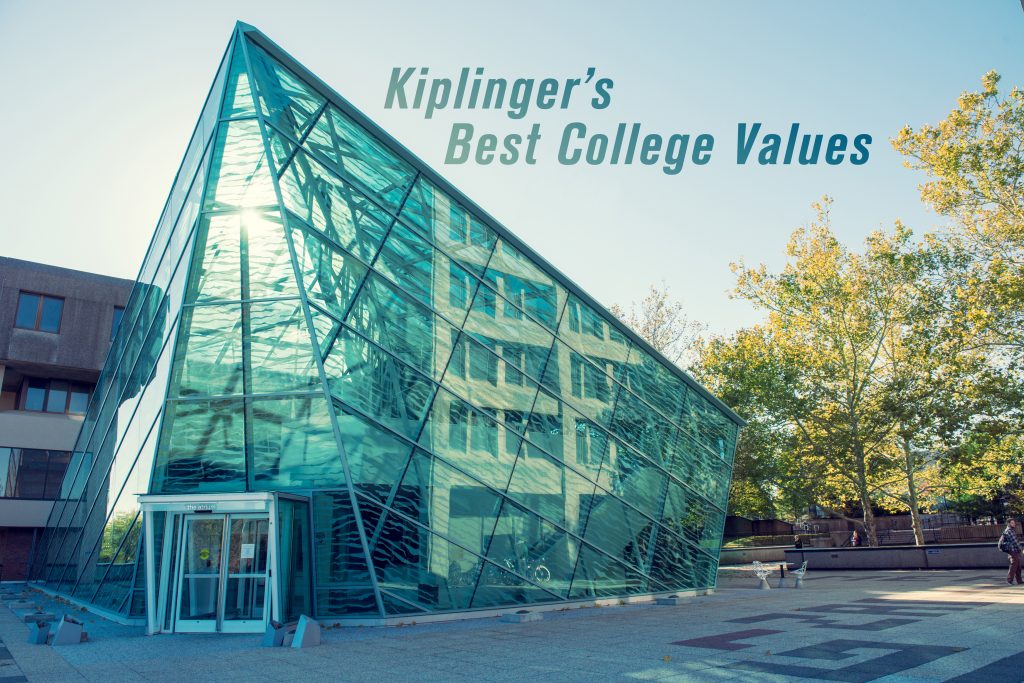 SUNY New Paltz scored highly in the 2017 edition of the Kiplinger’s Personal Finance annual ranking of “Best College Values,” with a 75th place finish among public schools nationwide, and a top 200 finish in the overall ranking that includes both public and private colleges and universities.

The Kiplinger’s list focuses on schools that “best meet our definition of value: A quality education at an affordable price,” according to their release.

Kiplinger’s begins its evaluation of value by looking at academic metrics, including selectivity of admission and rate of four-year graduation, and then by introducing financial factors like cost of attendance and average amount of debt at graduation.

SUNY New Paltz regularly scores highly across all measured categories, and has been a presence in the Kiplinger’s rankings for several years running. It is one of seven SUNY colleges and universities selected for the 2017 “Best College Value” list from among the 64 SUNY campuses.

The complete rankings are now available online. They will appear in print in the February 2017 issue of Kiplinger’s Personal Finance.