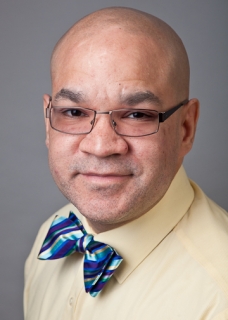 Mark Rumnit ’93, a proud SUNY New Paltz alumnus, has been hired as the director of the Scholars Mentorship Program. He previously served as interim director, and emerged as the top candidate in a national search.

Rumnit has been a valued employee at the College since 2008, when he took a position as an academic advisor with the Educational Opportunity Program. He transitioned to Academic Advising in 2012, and over the years has served hundreds of students, assisting with academic challenges like course selection and fulfillment of major requirements and also helping them acclimate to college life through counseling at various stages of their undergraduate careers.

In 2012 Rumnit expanded his role to include working as an instructor in the Scholars Mentorship Program. He brings a familiarity with the program, its mission and its day-to-day operation to his new position as director.

Since the SMP’s founding in 1988 it has grown to involve more than 50 faculty and staff mentors working with more than 200 student protégés each academic year. Students gain access to unique courses and leadership opportunities in offices and organizations across campus. The SMP is a major factor in attracting high-achieving general admission students of color to SUNY New Paltz, and plays an instrumental role in student success in and out of the classroom.