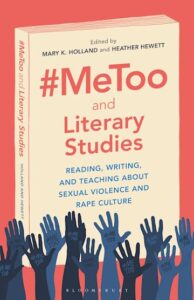 The #MeToo movement and the personal revelations it spawned inspired a collaboration between Heather Hewett, associate professor of women’s, gender and sexuality studies and Mary Holland, professor of English, and produced #MeToo and Literary Studies: Reading, Writing and Teaching About Sexual Violence and Rape Culture, a collection of essays recently published by Bloomsbury Press.

The idea for the project came when Holland began to reevaluate her own experience with sexual abuse in the wake of the second wave of the #MeToo movement in 2017. “Much of my sexual history is tinged with really inappropriate behavior and I had never noticed that before even though I teach feminist theory and feminist literature,” she said. Revising her understanding of what sexual violence was became a personal side project for Holland until she had the revelation for how to combine her academic work as a literary scholar and her personal interest in educating people about rape culture. Holland approached Hewett with the idea to collaborate in 2019 and the two began work immediately.

Issues of misogyny and sexual violence have long been a part of Hewett’s scholarship and classroom instruction. She shared that part of the motivation for creating this book was the prevalence with which she has encountered students in the classroom who are survivors of sexual assault. “The issue of sexual assault is relevant to everyone of any age or gender. Sexual assault is about power. Women are disempowered in many parts of the world including our own and so frequently become victims of gender violence, but many people are targets of sexual violence and gender violence. And it is complicated. We really have come a long way towards understanding sexual assault but where we lag is in stopping it,” she said.

Educating people about the myths that continue to be perpetuated about rape and sexual assault is an important step towards eradicating it. Most rape is perpetrated by people we know, as opposed to the stranger rape that is often represented in television and film. According to RAINN.org (Rape, Abuse, & Incest National Network), one American is sexually assaulted every 68 seconds and one out of every six American women and one out of every 33 American men has been the victim of sexual violence in the form of attempted or completed rape. Most sexual assaults occur in or near the survivor’s home and are perpetrated by someone the victim knows.

In curating the collection, Hewett and Holland cast a wide net with a call for papers relevant to the #MeTtoo movement and sexual abuse and gathered 28 compelling essays.

The first section, “Critical Practice,” is dedicated to essays exploring feminism through different lenses, practices, and cultures, and encourages thinking about or rethinking the way that women’s stories are received and depicted in literature and beyond. The second section, “Re-Readings,” focuses on the importance of a modern re-reading of classic texts. Re-reading involves looking back at texts and exploring how they have historically been read or not read through the lens of feminism and sexual assault. The third section, “Pedagogy,” looks at different methods or practices for classrooms. It aims to provide educators with the tools required to initiate a discussion on these delicate topics within their own classrooms. This last section focuses on approaching the classroom in a trauma-informed way, being sensitive to the fact that some students may have experienced sexual violence in their own lives, while others haven’t even thought about the issue all that much. 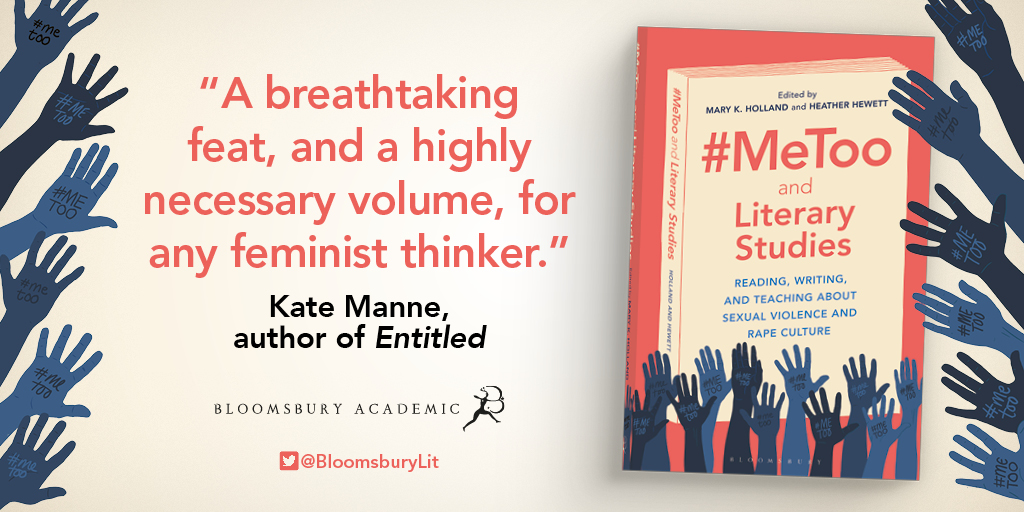 Written with educators in mind, the book is appropriate for a wide audience, from high school to graduate school. Holland hopes the book serves as a resource to the educator trying to address issues of sexual violence in their coursework. “We hope that this book will be a toolkit to people but will also inspire more work. This is the beginning and can hopefully open the door to a whole world of scholarship and pedagogy on this topic because misogyny and rape culture are not going away in our lifetimes,” she said. Though designed for the classroom and literary scholars, the book is also appropriate for readers outside of academia. Hewett and Holland believe that the writing is accessible and practical for anyone with an interest in the subject matter.

The book functions as a toolkit but also an invitation to consider how to incorporate addressing issues of sexual violence into one’s existing pedagogy. “How might you take one day or part of a lesson on a novel and talk about this, because it is something that affects us all,” said Holland.

“It is obviously about teaching,” Hewett added, “but it is a larger intervention that is about changing culture and being part of a movement that goes back a century and a half in terms of fighting against sexual violence.”

Though there is much work to be done, it is the authors’ hope that this book can begin a conversation within the classroom and begin to do the work of addressing the culture that perpetuates sexual violence. “I would like to see more of us committed to anti-misogynist and anti-rape culture work because we can all do that. It doesn’t matter what your field is,” Holland said.

Hewett and Holland credit a former English Department grant that funded faculty writing retreats for allowing them space to work. For a decade the two had worked on their own individual projects during their retreat time, but in 2019, Holland approached Hewett with the idea to collaborate on a project that ultimately became #MeToo and Literary Studies. “Having the opportunity to spend time with a colleague and really get to know them, as I have been able to do with Mary and to have our intellectual interests grow together has been one of the greatest gifts of my life.” Hewett said. Holland credited working with Hewett for her deeper understanding of feminist history.

Hewett and Holland are planning on presenting on the topic of sexual assault and literary studies/pedagogy at two upcoming conferences including the Modern Language Association Conference in Washington, D.C. in January 2022, and the Northeast Modern Language Association in Baltimore in March of 2022. They will also be conducting workshops centered on teaching about rape culture and sexual violence for several college English departments next spring, including Michigan State University and SUNY New Paltz.