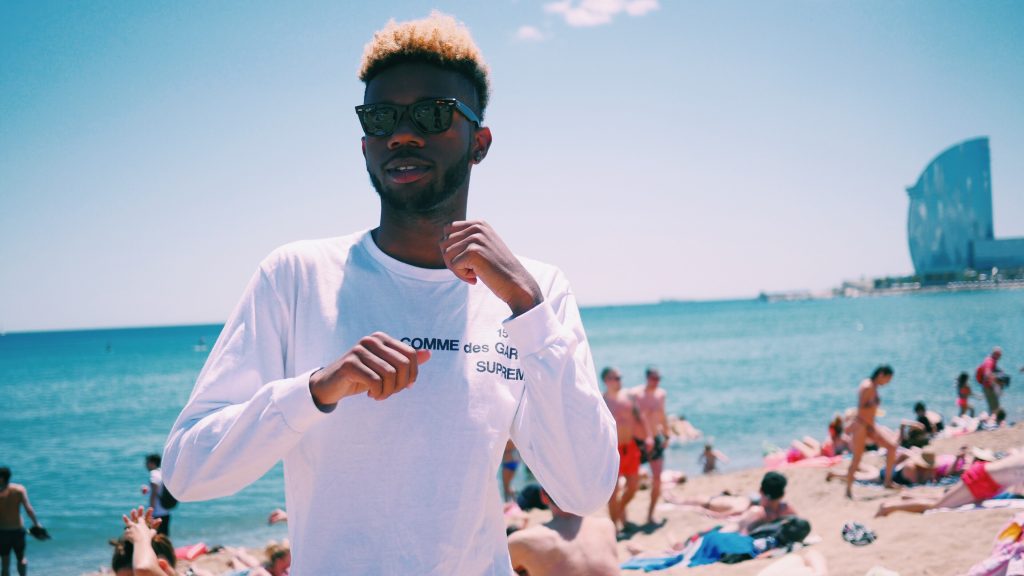 Why did you decide to attend New Paltz?
I initially had my sights set on a gargantuan private school in New York City, but I wasn’t accepted. I began looking at the smaller, more affordable schools I also applied to. After touring the New Paltz campus and learning about everything the school offered, I didn’t bother checking out the other schools. The campus, the town, the Hudson Valley, the people; it was all so new and exciting to me.

Why was New Paltz a good fit for you?
New Paltz allowed me to explore all my options and interests no matter how often they changed. I knew I wanted to study filmmaking and writing under a personalized curriculum, but wasn’t sure how to go about it. By the end of sophomore year, I created my own major composed of courses from existing curricula, an option New Paltz calls a contract major – which I highly recommend to anyone who feels their academic wishes can’t be met by an existing major.

Who inspires you as a filmmaker?
It’s a constant toss-up between Terrence Malick and Andrei Tarkovsky. I’m so in awe of, and in love with, Malick’s distinctive vision of the world. I’m not sure I’ve ever felt so connected to another filmmaker’s way of looking at life. Tarkovsky, on the other hand, is on a higher plain than the rest of us, I’m convinced. His use of metaphysical ideas and how he depicts them is something I find unprecedentedly moving.

What did you gain from your study abroad experience?
I’ve lived and learned and loved so much in Paris that the thought of it all coming to an end broke my heart. What I think I learned the most is that you have to live life with an open mind and an open heart. Never hate or be unkind. Compassion and warmth in times of struggle will take you much further. Travel; it will change your life just as it has changed mine. Learn new languages. Make yourself vulnerable. Have fun. Tell people how you really feel. Always be soft and don’t let the world harden you. Love one another. Always forgive.

What are your hopes/goals for the future?
Although I’m overjoyed to return to New York City, I hope to travel and live abroad again someday. I’d like to continue studying – maybe a degree in writing (particularly poetry) – and then maybe study film at the graduate level. I’d ideally like to make a living as a writer/filmmaker. I know it’s far-fetched, but anything is possible if you work hard enough and put your mind to it. But all I really want is to be happy in whatever I’m doing. My biggest fear is to wake up and not like the life I live.


Revenir – A Short Film from Xavier Avery on Vimeo.