Woych was part of an international team of 13 scientists who collaborated on a study of salamander brains for a report titled “Cell-type profiling in salamanders identifies innovations in vertebrate forebrain evolution,” which uncovered similarities between salamander brains and those of mammals. 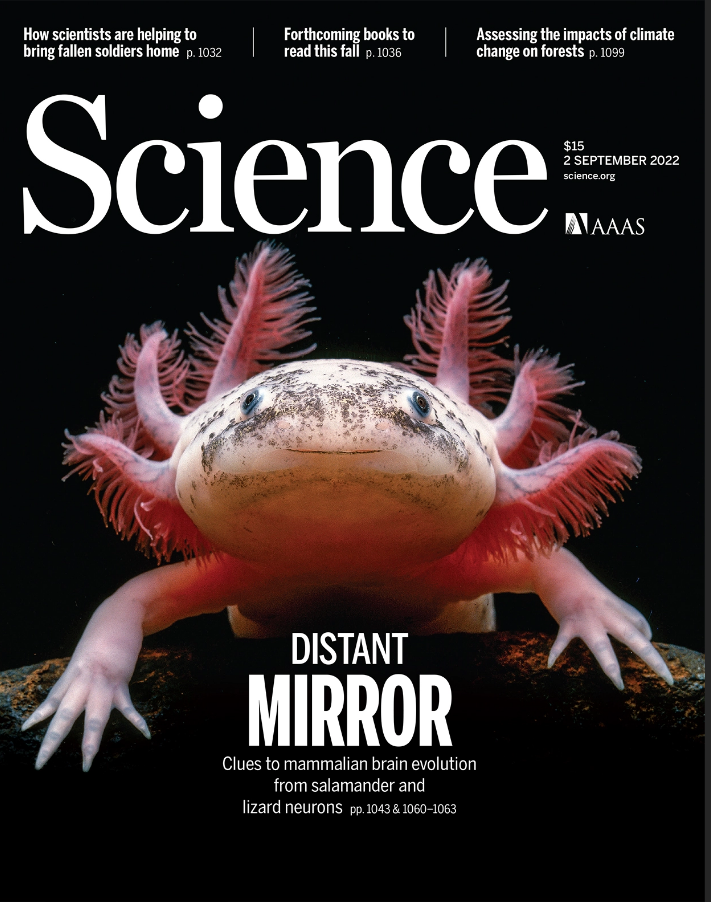 Their work was published in the Sept. 2 issue of Science Magazine, a world-renowned science academic journal, with Woych listed as principal investigator.

The cutting-edge research presents implications for a possible common ancestor among salamanders (who are amphibians) and mammals.

“We’re studying salamander brains as a comparative approach to examine the basic fundamental features of a vertebrate brain,” she said. “We want to learn what is novel in mammals and reptiles that might not have existed in the common ancestor, which then allowed for more advanced cognitive function.”

Woych credits female mentors both as a student and professional for her success as a lab scientist.

“Mentorship is everything,” she said. “A good mentor can add a lot to your work.”

Woych discovered both the power of mentorship and her love of science lab research as a student at New Paltz. Working under Chemistry Professor Preeti Dhar for a senior research project was where her interest was first piqued.

Together, they extracted organic compounds from a plant known to treat skin condition vitiligo, to learn more about what was in these compounds that gave the plant healing properties.

“I liked trying to break down science on a molecular level to figure out how organisms work,” she said.

An opportunity to present this research at a local conference further piqued Woych’s desire to pursue research science as a career.

“It was a great introduction into the social side of science,” she said. “When meeting other scientists, you realize it’s a huge field and there are so many different perspectives and different approaches to what people do.”