Update: Unfortunately, Lily D. McNair, Ph.D., is unable to travel to be with us at Commencement this year. The College will be awarding her honorary doctorate at a later date. The originally published announcement is below. 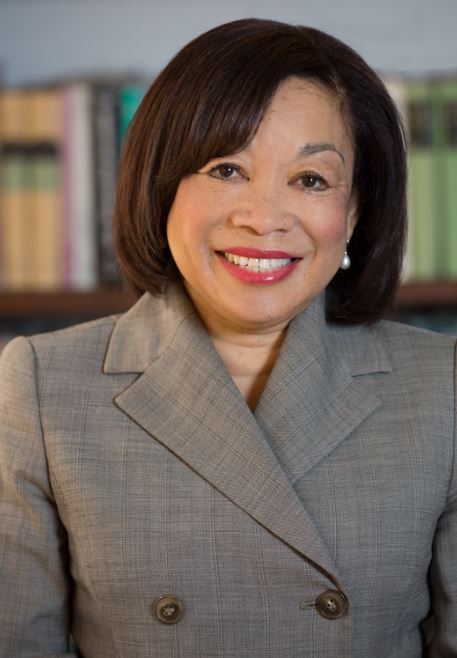 SUNY New Paltz is honored to welcome Lily D. McNair, Ph.D., former Tuskegee University president and the first woman to hold that role, to celebrate with our newest graduates at the Saturday Undergraduate Commencement Ceremony on May 21.

McNair will receive an honorary doctorate of humane letters degree, the highest form of recognition offered by the State University of New York, and will also serve as one of the Saturday Commencement Speakers.

“This is a special moment for me – to be recognized by SUNY New Paltz, where I started my academic career, and a place I call home,” McNair said. “I look forward to speaking with our newest graduates in Liberal Arts and Sciences, and giving them the congratulations that they so rightly deserve.”

McNair’s first higher ed teaching position was in the SUNY New Paltz Department of Psychology, and she has enjoyed 30-plus years of tremendous professional success and recognition since that initial role.

Most recently she served as the eighth president in the history of Tuskegee University, a private, historically Black institution in Alabama. She was the first woman to lead the university in its 138-year history.

Prior to her presidency at Tuskegee, McNair held roles as provost and senior vice president for academic affairs at Wagner College; associate provost for research and professor of psychology at Spelman College; and associate professor of psychology at University of Georgia, where she was the first African American woman to obtain tenure and promotion in the department.

As a clinical psychologist and researcher, McNair’s work has centered on the development and evaluation of community-based interventions to support young people of color. She has secured more than a dozen public and private grants and contracts and has authored or co-authored more than 30 journal articles.

As a faculty member in the Department of Psychology at SUNY New Paltz, McNair was a valued mentor to students at a time when there were relatively few faculty of color at the College. She played a vital role in shaping the Scholar’s Mentorship Program at New Paltz, which has grown over the decades to become a model in the SUNY system for supporting high retention and graduation rates of students of color.

About Commencement 2022 at SUNY New Paltz

This year’s Undergraduate Commencement Ceremonies will be held on Saturday, May 21, and Sunday, May 22, 2022, on the Old Main Quad on the SUNY New Paltz campus. Both ceremonies will begin at 10 a.m.

The Graduate Commencement Ceremony will take place on Friday, May 20, at 6 p.m., also on the Old Main Quad.