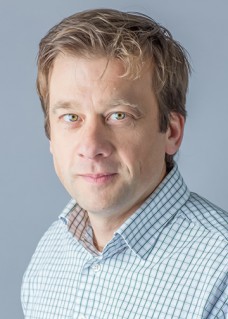 Jeff Miller, associate professor of political science, appeared on the April 18, 2022, episode of WAMC’s nationally syndicated radio program “The Academic Minute,” to explain what we can learn from the Ancient Greeks for potential solutions to address the turbulent times we live in today.

Miller recently published the book “Democracy in Crisis: Lessons from Ancient Athens,” which showcases his research on the study of political philosophy with Greek history. The book explores principles from Ancient Greek government that could be relevant today.

“Liberal democracies around the world today face significant problems,” he said on the broadcast. “Global warming, geopolitical threats, and deep internal divisions threaten to overwhelm and undermine our basic political commitments. My work points back to the world’s first democratic government, Ancient Athens in the 5th and 4th centuries BCE, and suggests that we might learn much from a democracy which was extraordinarily resistant to both internal and external threats for two centuries.

Follow this link to read or listen to Jeff Miller’s “Academic Minute” broadcast in its entirety.

Miller’s teaching in the Department of Political Science & International Relations specializes in political theory. Recent publications focus on Ancient Greek political thought with a particular emphasis on democratic theory and Athenian comedy. His articles have been published in leading journals including Political Theory, Journal of Politics and History of Political Thought.