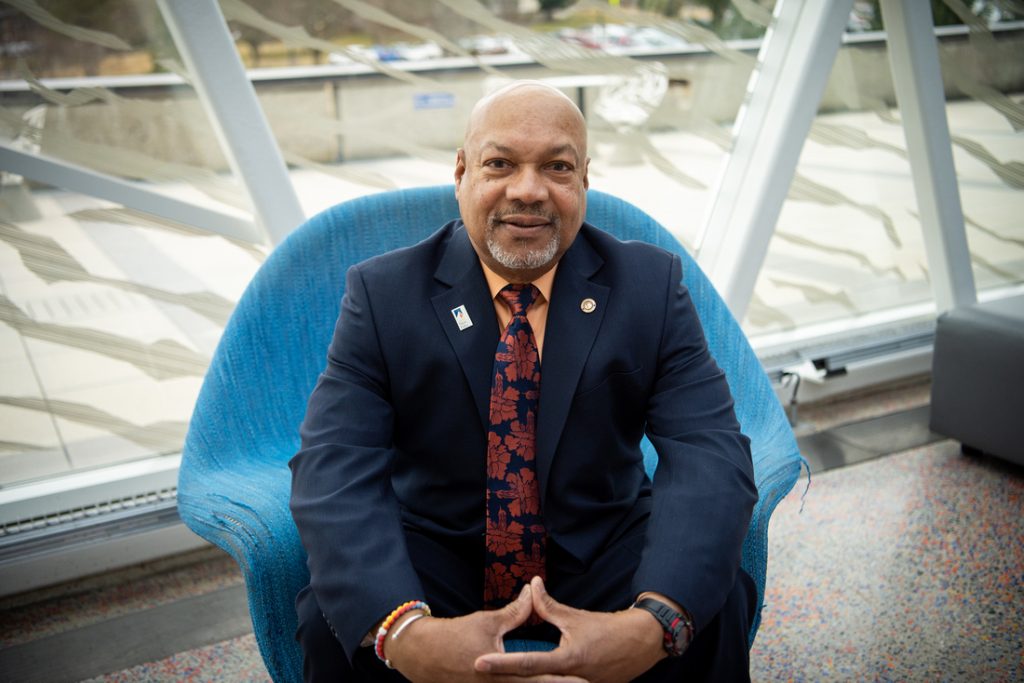 Henriques will receive an honorary doctorate of humane letters degree, the highest form of recognition offered by the State University of New York and will also serve as the Sunday Commencement Speaker.

“When I met with President Christian to discuss this honor, I was deeply touched in a way that I could not express in words at the time,” Henriques said. “I was extremely humbled that I would be considered for selection by people and by an institution that I have a lot of love and respect for. I’ve always identified this campus as a home away from home for me and also my children, and I’m deeply grateful for the honor.”

Henriques, a former IBM engineering manager, is an innovator in the field of plasma display technology.  He is a co-founder and vice president of the former Panasonic Plasma Display Laboratory of America (formerly Plasmaco). Plasmaco developed and made the first full color 60-inch HD plasma display television in the world in 1999.

Henriques boasts more than four decades of experience in research and development in manufacturing. He currently serves as the New York Manufacturing Extension Partnership Solutions Director at FuzeHub, a non-profit organization that connects small and mid-sized manufacturing companies to the services they need to grow. He is also president and founder of E.H. Hall, a consulting and supplier firm.

He completed both his bachelor’s and master’s degrees at the College and has remained a dedicated and highly involved member of the campus community ever since. He is an enthusiastic presence at campus-wide celebrations like Commencement and Convocation, and also frequently volunteers his time at student-focused programs and networking events.

Henriques is a member of the SUNY New Paltz Foundation Development Committee, and previously served as a Foundation Board director for 15 years, including two years as chair. He has been a stalwart adviser to multiple generations of campus presidents and academic and administrative leadership and was a 2010 inductee into the School of Business Hall of Fame. He is also a member of the School of Science & Engineering Advisory Board and has provided valued insight to the Hudson Valley Additive Manufacturing Center at SUNY New Paltz.

Henriques and his wife, alumna Jeannie Irvine ’78 (Mathematics), have made substantial philanthropic gifts to the College, including the establishment and support of 10 endowments benefitting students across academic programs. Their family is part of a legacy tradition at SUNY New Paltz, as their children, Everton I. Henriques ’10g (Adolescence Education) and Jeannie I. Henriques ’08 (Accounting), are both proud New Paltz alumni.

In addition to his considerable support for the College, Henriques has championed many noteworthy organizations, including several throughout the Hudson Valley. He served previously as co-founder, president and director of the Hudson Valley Rail Trail Association; member and president of the Highland Rotary Club; member of the Ulster County Charter Commission; Southern Ulster County Chamber of Commerce; Economic Development Committee and Sewer and Water Committee for the Town of Lloyd, New York; and president of the George Washington Carver Foundation. He was honored in 2000 as a Conservation Hero by the National Parks Service.

About Commencement 2022 at SUNY New Paltz

This year’s Undergraduate Commencement Ceremonies will be held on Saturday, May 21, and Sunday, May 22, 2022, on the Old Main Quad on the SUNY New Paltz campus. Both ceremonies will begin at 10 a.m.

The Graduate Commencement Ceremony will take place on Friday, May 20, at 6 p.m., also on the Old Main Quad.