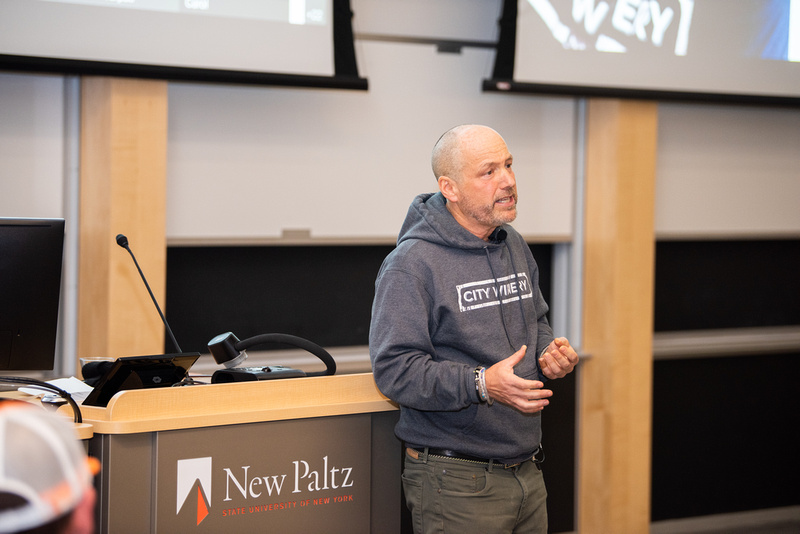 More than 100 participants gathered in-person to watch his talk, with many more tuning in via Zoom. The event was followed by a Q&A, befitting Dorf’s reputation as a supplier of human connection in an increasingly digital world.

He spoke passionately about a key insight of his profession — that even after all the change of the last few years and beyond, people still need and thrive on genuine connection — and shared stories of building iconic live music venues (City Winery and the Knitting Factory) where fans can enjoy good music and good company in a unique and intimate way. 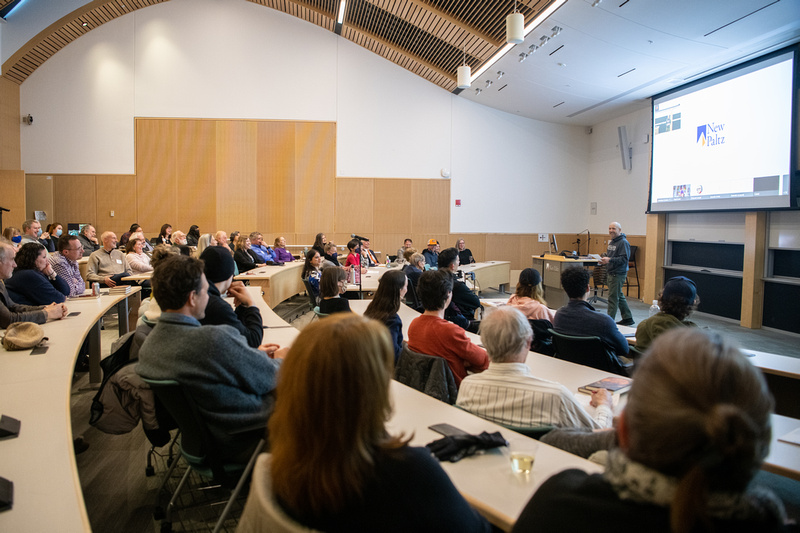 Still, success didn’t come for Dorf without some hard truths. He packed much of what he has learned from his 35 years of business into both his lecture and his book, “Indulge Your Senses: Scaling Intimacy in a Digital World,” which he signed copies of after the event.

“I feel lucky to be almost 60 and have a long list of things I’ve accomplished,” he said, “but a lot of that was trial and tribulation, for sure.”

Dorf grew up a music lover, living out the common story of trying to teach himself the first notes of “Stairway to Heaven” as a teenager. Upon realizing he was not musically inclined, he pivoted to being a promoter for his friends’ band in his native Wisconsin. This led to an unexpected but career-defining turn, and a move to New York in 1986.

A year later, the Knitting Factory took off in Manhattan, and before long legendary artists like Sonic Youth and Beck were on stage. Today the venue has earned a reputation as one of the premier live entertainment brands in the U.S., and has grown to develop its own record label.

Its success put Dorf in a position to explore other interests. He wanted to create a space in Manhattan where he could combine his shared passions for wine and music, and in 2008, City Winery was born. The venture now boasts seven locations in major cities nationwide, including a Hudson Valley spot in Montgomery, New York. The wine is locally made at each location and comes complete with good meals in a cozy atmosphere perfect for enjoying smaller live events.

Toward the end of his talk, Dorf reflected on what allowed these venues to grow into entertainment industry mainstays. He credited collaboration and working within a team that’s committed to staying together through the good times and the tough times.

“It gets everybody to think about what our company’s values are so we’re all aligned,” he said. “Without an incredible team, there’s no way to keep building and doing what we’re doing.”

About the Distinguished Speaker Series