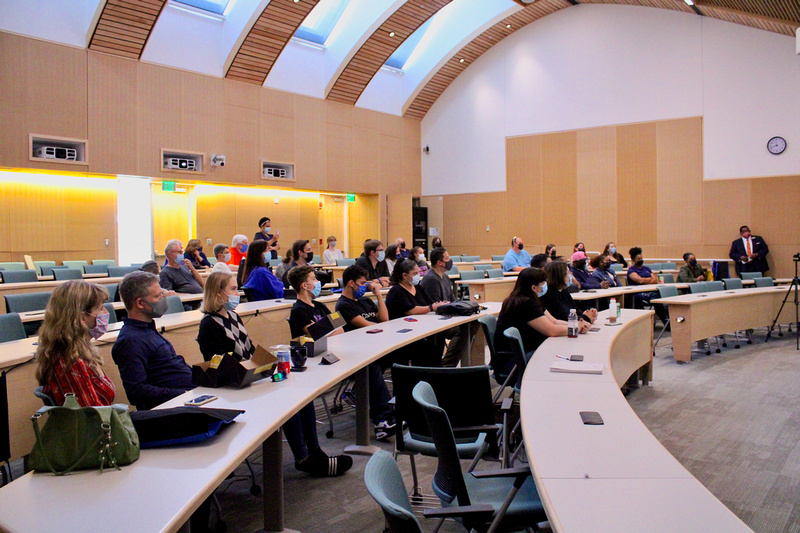 The Alumni Generations Student Pinning Ceremony was held on Oct. 2, 2021, during Parent and Family Weekend in Science Hall on campus.

The event invited alumni to present their students with a pin as a symbolic way of passing down their New Paltz pride. More than 50 alumni and their families were in attendance to celebrate, with more than 12 pins placed on second-, third-, and fourth-generation students.

“We understand how powerful it can be when a college becomes a family tradition,” said assistant director for alumni relations Elizabeth Diuguid ’07. “It is important for us to celebrate those families whose love for New Paltz is passed down from one generation to another.”

Morell talked about how the brotherhood he forged at the College and his belief in upholding traditions led to his son, Xavier Alejandro Morell ’24, following in his footsteps.

“For me, New Paltz became the place where all my most significant lifelong friendships were formed. Many of the people I bonded with here became part of my son’s family. He has a group of New Paltz men that he considers his uncles,” said Morell. “I wanted that kind of college experience for my son. And then…As the student guide on my son’s campus tour showed us around, she shared the ways my son could be supported in his next four years. It made me feel like this could be his home away from home.” 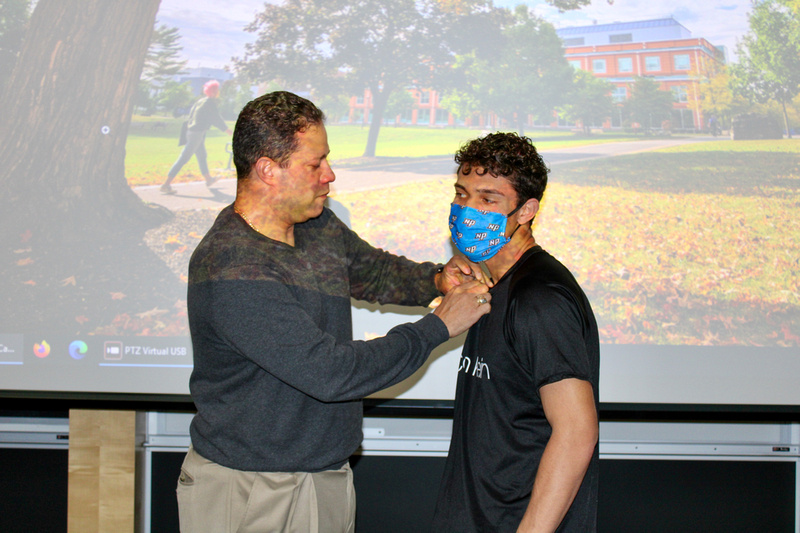 Morell came to the College in 1992 as a transfer student. He now has more than 20 years of experience in human services and is currently the director of social and human services at Catholic Charities, where he is responsible for all social safety net services. This includes crisis management services, food pantries and a supportive housing program.

Of his son’s acceptance and attendance at New Paltz, Morell says he is happy that his son feels comfortable in the same environment he once did.

“I feel like this experience has only strengthened our relationship,” he said.

Watch video of the ceremony online.