SUNY New Paltz is pleased to announce the names of distinguished alumni and friends of the College who will be honored during the Heritage and Alumni Awards Ceremony on Saturday, Oct. 16 at 5 p.m.

Click here for the complete Reunion Season schedule of events. 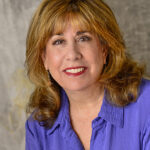 Honoree Myra Kressner ’76 (Secondary Education: English) joined the SUNY New Paltz Foundation as a Board director in 2012 and currently serves as secretary of the Board and chair of the Development Committee. She established the Kressner Family Autism Spectrum Program Fund and Endowment in 2017 to support New Paltz students on the autism spectrum and provide them with tools to help them succeed in college and after graduation.

Kressner has enjoyed a long and successful career in publishing. She got her start in the industry in 1976 at a New York-based publishing firm, and in 1981 she co-launched Retail Insights and Retail Marketing Group. In 1990, she co-founded CSP Information Group, which provides publishing and media services. After building an impressive portfolio of innovative media in print, web-based and conference/trade show communication, CSP was sold to Winsight Media in 2012. In 2016, she started the Kressner Strategy Group LTD, which brings value to the marketplace by developing and facilitating strategic engagement for suppliers and operators in the convenience and foodservice channels. In 2020, Kressner co-founded The Vision Group, a leadership share group for cross-channel discussion of disruptive solutions within food retail. She is the recipient of the 2021 Top Women in Convenience award.

Kressner has participated in several SUNY New Paltz Women’s Leadership Summits. She currently resides with her daughter Alexandra in Bayside, New York, and in Stockbridge, Massachusetts. 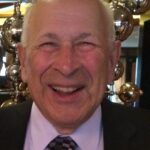 Honoree Martin (“Doc”) Rutstein joined the SUNY New Paltz Geology Department in 1970 after completing his Ph.D. at Brown University. In 1971, he was elected chair of the department and of the Faculty Welfare Committee. After several years in administration, he returned to teaching and was again elected department chair, serving in that role until 1985.

In teaching, Rutstein integrated local and far-ranging field trips for his students to give them real, in-the-field opportunities to work with and decipher rocks. He and his students worked in all weather conditions, typically from dawn to dusk. This was a labor of love for him.

In 1972, Rutstein became involved in environmental issues relating to asbestos. After years of researching and educating others about asbestos, he became recognized as an expert in the field. He is a certified asbestos instructor and asbestos management planner. Rutstein continued teaching throughout this entire period, building strong bonds with his students that continued after they graduated. In 2002, he organized and hosted a Geology Department reunion, attended by more than 225 alumni.

Rutstein retired in 2014 and remains connected to his former students and committed to the College. He continues his fundraising efforts to support scholarships and his lengthy history of supporting Geology Department field trips and activities. He wishes to thank his wife, Brenda, a constant supporter, who accompanied him on many field trips and filled in as a “mother” to many students.

Everton Browne ’92 (Communication) has served as treasurer of the SUNY New Paltz First World Alumni Board for 17 years and has worked on various committees within the organization. Browne has consistently supported the Dr. Margaret Wade-Lewis Memorial Scholarship Endowment and helps to promote that initiative and others to fellow alumni.

Browne is the executive vice president of Orange County Elite (OCE) Sports in Orange County, New York. OCE Sports is a successful youth sports company that assists in the education and development of young student-athletes. Browne lives in the Hudson Valley with KeySean, his 17-year-old son, who is an accomplished student and athlete.

Browne earned an MBA in marketing from the University of Phoenix in 2005 and has a master’s degree in physical education from Canisius College in Buffalo, New York. 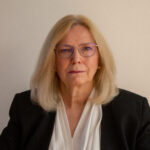 Judge Marianne Mizel ’76 (Political Science) began her legal career as an attorney in private practice, while also working as assistant corporation counsel and later corporation counsel for the City of Kingston. She was first elected to the bench in 1994, then re-elected twice thereafter in 2004 and 2014.

In 2011, Mizel was appointed acting justice of the Ulster County Supreme Court, a position she continued until retirement in 2021. Mizel was the founding judge of the Ulster County Family Treatment Court. She had several decisions published, which became precedent on several family court issues. Mizel has been a member of the Appellate Division Third Department Advisory Committee on Attorneys for Children and served on its Curriculum Development sub-committee, which trains children’s attorneys. She has also served on the boards of the Kingston Boys and Girls Club, Historic Landmarks Preservation Commission, Kingston Planning Board, Ulster County Bar Association, Mid-Hudson Women’s Bar Association, and New York State Bar Association. 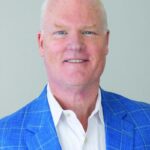 Michael Keegan joined the SUNY New Paltz Foundation Board in 2003, serving for six years as chair. Thanks to his leadership, New Paltz attracted Board directors representing diverse backgrounds and interests. He worked to organize the Board’s efforts around a shared commitment to creating new opportunities for students and expanded engagement between the College, its alumni, and the broader community.

Keegan and his wife, Mary, established the Smiley Family Endowed Scholarship Fund. The fund provides scholarship support to Mohonk Mountain House employees or their children and grandchildren. When his Board service ended, Keegan stepped up to serve as chair of the College’s first-ever campaign: Soaring Higher – the Campaign for SUNY New Paltz.

Keegan has enjoyed a successful career of more than 27 years with M&T Bank and currently serves as the Executive Vice President and head of Community Markets, responsible for defining and driving market-level engagement strategies across the enterprise, ensuring the bank delivers in ways that make sense in each of the communities the bank serves. He serves on the boards of the New York State Charter Advisory, Retail Council Services Corp., St. Peter’s Health Partners, and the Smiley Brothers, Inc. (Mohonk Mountain House).

Keegan graduated from the University of Massachusetts, Amherst, and earned an MBA from Union College in Schenectady, New York. The Keegans reside in Guilderland, New York. They have three grown children.