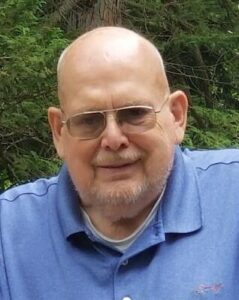 It is with sadness that SUNY New Paltz shares the news of the death of Leroy Carlson, Jr., on June 8. He was 81.

Leroy was a valued member of the campus community who worked for more than three decades in the Division of Administration & Finance. He held the title of Associate Vice President at the time of his retirement in 1995.

He was also actively involved in the Employee Assistance Program and worked with colleagues across the state to help expand its services, focusing particularly on resources related to substance abuse.

Leroy’s obituary describes him as a “very community oriented” man who served with the Gardiner, New York, Fire Department for more than four decades as an Emergency Medical Technician. He served for a time as Supervisor for the Town of Gardiner, and was active with organizations including Boy Scouts of America and Sons of the American Revolution, where he earned national recognition for his work helping families trace and verify their genealogy.

Leroy Carlson is survived by his wife of more than 50 years, Diane Carlson, their three children, and many grandchildren, nieces, nephews and other family members and friends.