Eight SUNY New Paltz faculty and staff have been recognized for outstanding scholarship, teaching and service to the campus community as 2021 Chancellor’s Awards for Excellence honorees.

Awardees receive a medallion and certificate commemorating the achievement, as well as a permanent stipend.

Please join us in congratulating this year’s awardees: 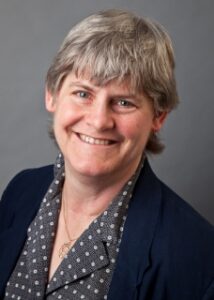 Associate Professor Anne Balant has been a leader in the Department of Communication Disorders and the campus community for more than 25 years. An exemplary educator and mentor, she has also worked to shape faculty governance, institutional planning and assessment efforts, earning the respect and admiration of faculty, staff and administrative colleagues alike.

Among her most notable achievements is her leadership of the governance transition from a faculty-of-the-whole model to a representative senate form. As chair of the ad hoc Committee on Governance, she led a two-year effort to research, develop and implement a highly effective and equitable governance system that ensures a strong faculty voice while also reducing redundancy and simplifying committee and reporting structures. Her perseverance and strong commitment to a successful outcome resulted in the much-improved governance system that was overwhelmingly approved by the faculty in 2018.

Her service to the College extends well beyond that significant effort. Balant has been a member of the Scholarships & Awards Committee, Distinguished Ranks Committee, Assessment Steering Committee and 11 faculty search committees, among other roles. Overall, her sustained, outstanding service to the College has had a transformative impact on SUNY New Paltz, even as she has maintained a full-time equivalent teaching load above 50% of her obligation. 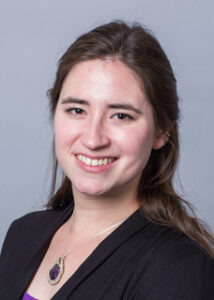 In just a few short years since joining the College as an Office Assistant 1 in 2017, Barreto has earned a reputation for being a delightful colleague who has a positive impact on the community she serves every single day.

In her current role in Student Financial Services, Barreto is empathetic to students’ concerns and responsive to their needs, listening patiently to their questions and doing extensive research to help them understand complicated situations and resolve issues. She has been at the heart of the effort to maintain this level of service during the COVID-19 pandemic, voluntarily taking on new duties with generosity and good humor.

She also makes meaningful contributions to the overall functioning of the office, proposing and helping implement process improvements that increase clarity, help colleagues work more efficiently, and save time and resources.

Barreto has also gone above and beyond in her service to the campus community, including as a member of the budget advisory committee and the search committee for the vice president for enrollment management position. 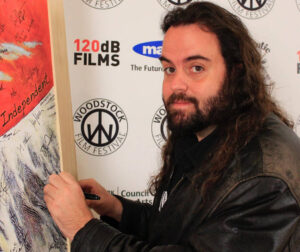 Colleagues describe Associate Professor Bray as a “students-first” educator who “embodies the heart and spirit” of the Department of Digital Media & Journalism. He has earned students’ praise for his ability to engage and inspire, his willingness to help, and his knowledge of and passion for his discipline.

Over 17 years of teaching at New Paltz, Bray has helped prepare an impressive cohort of alumni working throughout the media industry at the height of their profession. His former students produce segments at Nightline, edit videos at NASA, make independent films, and run production companies – and still, long after graduation, turn to him for guidance, support and inspiration.

An eager collaborator, creative coach, and hands-on filmmaker, Bray crafts practical experiences that build students’ skills and confidence in real-world media-production environments. One such experience is the unique Woodstock Film Festival course, through which students join the Festival’s production crew under Bray’s supervision as videography director. They interview filmmakers, actors, and other industry members; film panel presentations, Q&A sessions, and parties; then edit and upload Festival videos – more than 90 in 2019 alone – to promote and document the five-day event.

Bray encourages students to enter their high-quality work in competitions and film festivals for the opportunity to receive feedback and distinguish themselves as emerging professionals, and they in turn have earned awards and accolades at the Broadcast Education Association (BEA) Festival of Media Arts and the SUNY-Wide Film Festival, among others. 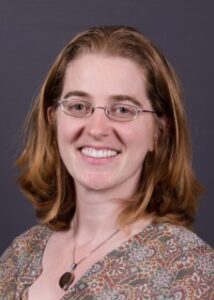 Since coming to New Paltz as our first Campus Sustainability Coordinator in 2013, Mitten has built strong relationships across campus and consistently succeeded in inspiring our community – students, faculty and staff – to be agents of positive change on vital local and global issues.

She has spearheaded several creative initiatives to get more people around campus involved in sustainability projects. One example is the Sustainability Ambassadors program, through which Mitten nurtures students’ interest and ability as change agents. Over the years, dozens of Ambassadors have contributed meaningful work to the College and surrounding region on topics including water conservation, carbon neutrality, biodiversity and global climate justice.

The Sustainability Faculty Learning Community serves as a parallel instance of Mitten’s ability to engage with colleagues. She has provided advancement opportunities for academic faculty and professional staff via a cohort program with a shared commitment to integrating sustainability across disciplines.

More recently, Mitten helped lead an institutional effort to adopt the United Nation’s Global Goals for Sustainable Development as the framework for our strategic planning. The Global Goals reflect “the multiple dimensions of sustainability” and are valuable to helping our community think of sustainability in broad terms rather than solely in terms of its environmental aspects.

Through these and other efforts, Mitten has helped make sustainability highly visible across the institution, fostering an environment where all are empowered to act for positive, systemic change. 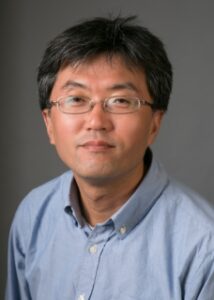 Since coming to SUNY New Paltz in September 2007, Associate Professor Shimada has produced a substantive corpus of publications, conference talks, and invitational lectures, and earned an international reputation as a leading expert in the early history of India and Buddhism.

His innovative, interdisciplinary work spans fields including art history, archaeology, numismatics and religious studies. He is described by his peers as “masterfully using material evidence to address broad historical questions” and “highly accessible to scholars in various disciplines.”

Shimada has shown a particular skill for building extensive scholarly networks via his interdisciplinary collaborations, which have culminated in numerous major research projects and subsequent publications.

In his time at the College, Shimada has published 11 refereed articles in English, Indian, and Japanese journals, seven peer-reviewed book chapters and a monograph on the Great Stupa at Amaravati. He has also co-edited two books (with another currently in press), translated numerous English-language scholarly articles into Japanese, contributed nearly 90 entries in reference works on Indian culture and Buddhism, and served as an area editor for the Encyclopedia of Ancient History, Asia and Africa.

He has also devoted significant time and expertise to expanding academic offerings for New Paltz students. He has directed the interdisciplinary Asian Studies program since 2018, and contributed meaningfully to the program for years prior to assuming that role, including as lead organizer in 2012 of the New York Conference on Asian Studies, hosted here at the College. He is currently leading a curricular revision process that will update the Asian Studies program to include new required foundation and capstone courses. In October 2019, he organized a weekend-long celebration of the program’s 50th anniversary. 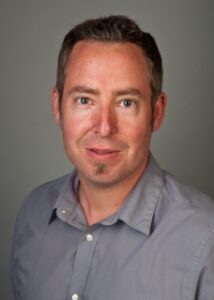 Shumway joined the Office of Communication and Marketing (OCM) as web designer in 2011 and has established himself as a critical member of the campus community in the decade since, consistently serving above and beyond the scope of his assigned duties. In his current role as Assistant Director of Digital Media, he is a leader in the College’s effort to evolve and adapt to the ever-changing landscape of online communication.

Often entrusted with juggling numerous critical tasks simultaneously, Shumway always approaches his work with impressive technical expertise, a talent for creative design and exceptional interpersonal skills. He has built strong working relationships with colleagues all across campus, and his meticulous attention to design and branding on the web has helped bolster the image and reputation of individual departments and the College as a whole.

In addition to overseeing day-to-day web operations, Shumway has led major projects including the recent transition to a new mass-email platform, through which the Office of Communication & Marketing sends more than two million messages annually. He also serves without hesitation as backup emergency manager in times of campus crisis, readily committing to be available at all hours as needed.

Even while handling a significantly increased workload and multiple long-term projects, Shumway continues to show the same resiliency and professionalism he has always demonstrated. 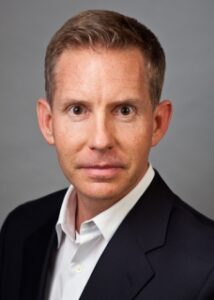 A past recipient of the “Teacher of the Year” award in College of Liberal Arts and Sciences (2013) and a Provost’s Award for Teaching Excellence (2014), Associate Professor Stapell is one of the most effective instructors in a History Department full of gifted educators.

He demonstrates an extraordinary ability to engage and motivate students using a variety of innovative techniques that he readily shares with other faculty. Passionate about teaching, he enjoys talking about pedagogy and visiting colleagues’ classrooms, always keen to improve and advance his craft.

A historian of modern Spain and continental Europe, Stapell’s teaching and scholarship are closely intertwined. His experiences in the classroom have directly shaped his book projects, and his work on journal articles, essays and conferences have in turn inspired new classes, including interdisciplinary courses for the Honors Program and the Evolutionary Studies program.

His courses revolve around key questions that students debate after engaging with primary historical material – imagery, texts and objects – and secondary sources. After observing one such discussion, a colleague said, “It is difficult to convey the excitement that fills his classroom. The sense of intellectual exhilaration among students is palpable.”

Stapell does not shy away from advanced and highly sophisticated subject matter, combining academic rigor with encouragement and support, and turning content that might otherwise be daunting into an exciting challenge that students enthusiastically explore. Students praise and appreciate the balance of rigor and concern that he brings to his classroom, as well as his ceaseless dedication to helping them think like historians. 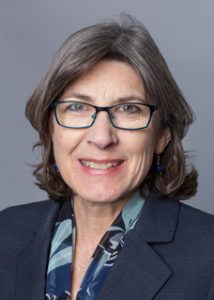 Vargas has supported New Paltz students’ global learning and experiences since joining the College in 1999, and has been a dedicated leader of the Center for International Programs since assuming the role of Executive Director in 2019. She is an exemplary mentor and colleague, both here and abroad, with years of experience in international education and extensive expertise in immigration policy and regulations.

As a leader in SUNY New Paltz’s strategic international recruitment efforts, Vargas has worked diligently to build and maintain partnerships through study abroad, dual-diploma programs, and the academic and internship experiences offered by the Institute for International Business. Collaborating with embassies, foreign governments and non-governmental organizations, she works diplomatically and purposefully to welcome students from all over the world to our campus.

Appointed to her current position during an unprecedented global pandemic that impacted students and operations in the U.S. and abroad, Vargas has met new challenges with consummate skill, professionalism and a calm and reassuring demeanor. She has maintained an institutional focus and always prioritized the health and safety of students and staff.

Vargas is a shining example to her staff and colleagues as she faces obstacles head-on, thinking “outside the box” and applying her deep knowledge and experience to the situations at hand.