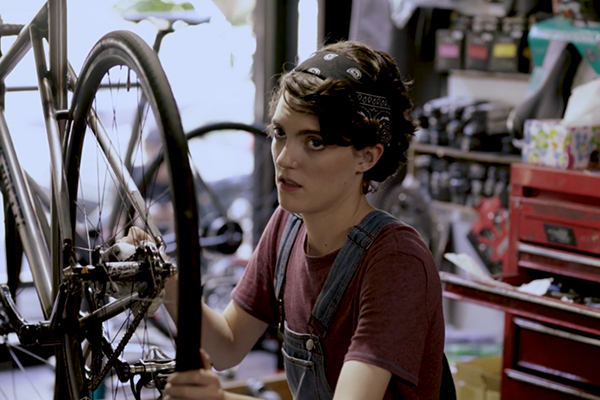 Elliot Frances Flynn ‘16 (Digital Media; English) will make her feature film debut in 2021 with the upcoming movie “Shoplifters of the World,” set to be released by RLJ Entertainment, an AMC company.

“I’m incredibly excited to share this news with my alma mater,” said Flynn. “Covid-19 put the industry as we know it in jeopardy, so to have this success is really meaningful. I feel like any theatrical success should be shared with the larger community.”

“Shoplifters of the World,” is a comedy-drama inspired by true events. Based on an urban legend, the film is set over the course of one night in the lives of four friends in Denver, Colorado, who are spinning from the news of the split up of iconic British band The Smiths.

While Shoplifters is the first release for Flynn, the rising star will also be seen in features from Netflix, Miramax, and Yale Productions. Throughout this tumultuous year, Elliot was able to wrap three projects created in-line with new COVID-19-safety guidelines.

A Hudson Valley native, Flynn began acting in television and commercials at a young age with her sisters. She studied acting at The Barrow Group and began auditioning for the many film productions that popped up in the area following her graduation.

The alumna is quick to thank New Paltz for helping her find her passion and says that the true sense of self she found at the College aided in her success.

“New Paltz showed me that I had something to offer as an actor,” said Flynn. “I really found my truest self at the College and I am so grateful that I had that space to explore and follow my every interest.”

A dedicated transfer student, Flynn graduated with two bachelor’s degrees and was an impassioned member of the Theatre Arts community. She performed in Mainstage Productions and directed student-run plays. She also published personal essays in SUNY-wide literary magazines.