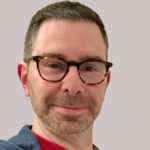 Jonathan D. Raskin Ph.D., chair of the department of psychology, began his term as president of the American Psychological Association‘s Society for Humanistic Psychology (Division 32) in August 2020. He will serve as president through August 2021 and then serve as past-president from 2021 to 2022. 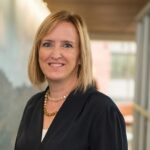 Amy Nitza, Ph.D., director of The Institute for Disaster Mental Health, is currently president-elect of the Society for Group Psychology and Group Psychotherapy (Division 49). Her presidential term will begin January 2021. She will then serve as past-president from 2022 to 2023.

“During this time of extreme isolation and disconnection around the globe, people need experiences of connectedness, cohesion, and belonging,” said Nitza. “Groups play an essential role in the promotion of these healing factors. My goal is to provide opportunities for psychologists from around the world to bring the best available science in group psychology and group psychotherapy to bear to addressing the many pressing challenges of our time.”

APA division presidents have a three-year commitment. During year one, they serve as president-elect, year two as president and year three as past president. The Association has more than 121,000 members, including scientists, educators, clinicians, consultants and students.

“During my presidency, I would like to emphasize the need for humanistic psychologists to retain a commitment to openness and humility, even when faced with challenges (sometimes hostile) to their core values and beliefs,” said Raskin in a statement. “When we endeavor to empathize with others, even others whose ideas we find foreign and objectionable, we create the potential for genuine human contact.”