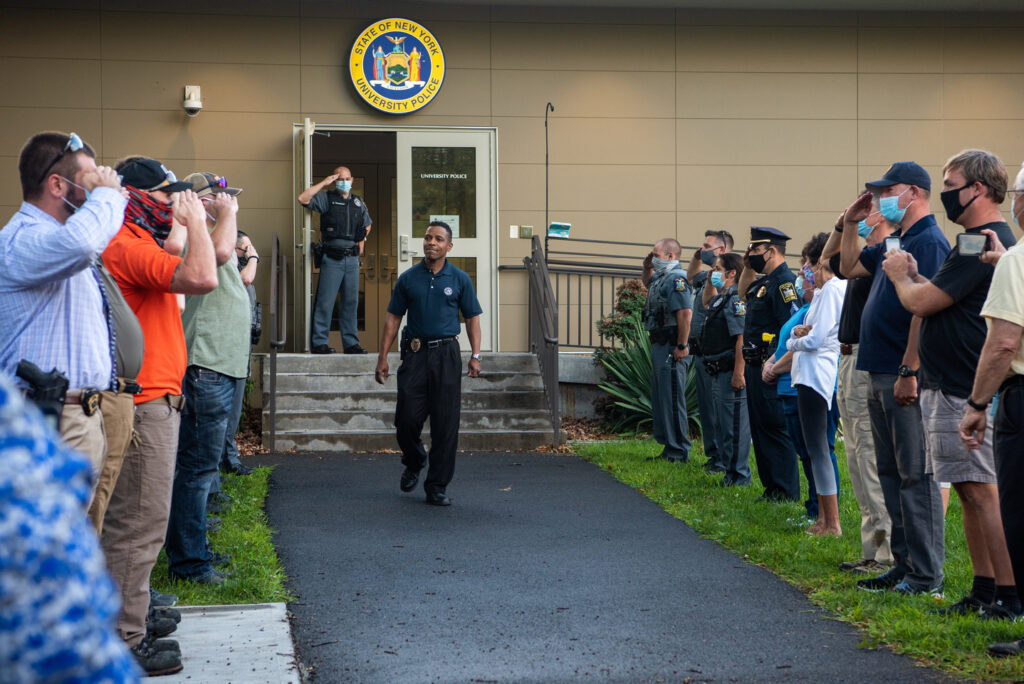 After more than two decades as a dedicated leader in the SUNY New Paltz University Police Department (UPD), Lieutenant Johnny Coxum worked his last shift on Wednesday, Aug. 19, and celebrated his retirement with friends and colleagues in the moments before the College’s 2020 Convocation Parade.

Coxum, a graduate of SUNY Ulster Police Academy who joined the department in 1998 and was promoted to Lieutenant in 2010, holds one of the most distinguished records in New Paltz UPD history, and has been uniquely connected with students, faculty, staff and alumni throughout the campus community.

In 2008 he accepted a role as the College’s Community Policing Officer, placing him at the center of UPD’s outreach and relationship-building efforts with offices and departments across campus. In this role he coordinated crime prevention programs and worked as a liaison with student, faculty and staff groups, helping to enhance communication and partnerships between UPD and the community it serves.

He has led or contributed to programs including the College’s Rape Aggression Defense training for students, staff, faculty and community members; the Student Escort Service, coordinated by UPD, which provides safe accompaniment to students and community members traveling between points on campus between 10 p.m. – 4 a.m.; the Employee Assistance Program, a comprehensive resource for employees assisting in the prevention, early intervention and resolution of problems that may impact job performance; and many more.

Within UPD, officers looked to Lt. Coxum for leadership and professional development. Coxum, a certified Dept. of Criminal Justice Services instructor, regularly teaches a class on Ethics in Policing at the SUNY Ulster Police Academy, and also runs a Cultural Diversity training for working officers, including those at New Paltz’s UPD. He kept up on his own professional development as well, including as one of a select group of officers statewide who completed a SUNY Fair and Impartial Policing training in 2016.

“Lt. Coxum’s compassion for teaching is evident in his dedication to our department training and also to new police recruits at the academy,” said UPD Chief Mary Ritayik. “He has been a familiar face to this campus for 22 years, and UPD will miss his calm demeanor and his dedication in serving this community.” 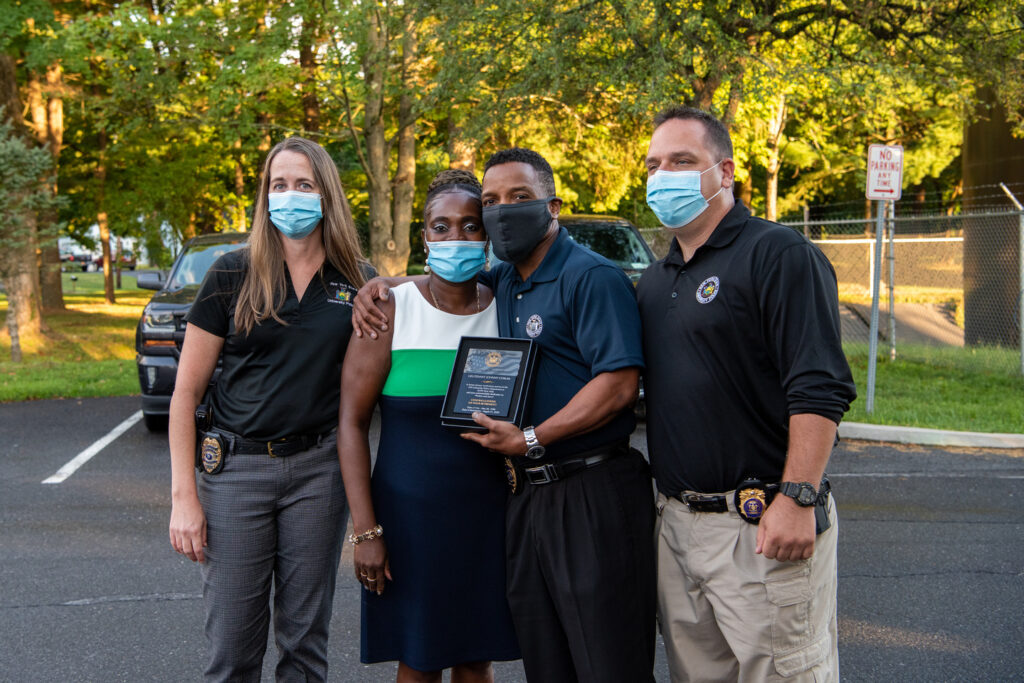 In addition to all the other ways he was connected to the campus community, Coxum’s wife of many years, Juliet Coxum ’92 ’12cas, was a longtime staff member who served in the Office of Residence Life for many years and also held the position of Alumni Association president.