SUNY New Paltz and The Benjamin Center for Public Policy Initiatives welcomed members of the public to attend a virtual retirement celebration honoring Founding Director of the Benjamin Center Gerald Benjamin, who has served at the College for more than 50 years.

“I’ve admired Jerry’s commitment to public life throughout his career, the multiple and diverse ways that he has applied his scholarly expertise for the public good, and that these principles were the foundation for the establishment of the center for research, regional education and outreach in 2008,” said President Donald P. Christian. “They have remained the guiding light for the work of the Benjamin Center, directing its research to improve local and state governance and our quality of life.”

The event took place on June 25 via Webex and included guests from the campus community and beyond. Many officials from local and state government offered virtual congratulations as well.

Reflections on Benjamin’s contributions to the College 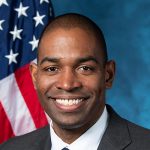 “I could not pass up the opportunity to join in the chorus of recognition, praise and celebration for your 50 years leading on public policy and our shared commitment to democracy. I wish you nothing but the best in the years ahead.” – Antonio Delgado, member of the U.S. House of Representatives for New York’s 19th Congressional District 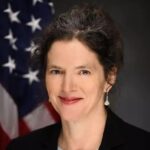 “I want to congratulate you, Jerry, on a very well-earned retirement. As other speakers have noted, your contributions to the university and to the study and practice of government in New York have been tremendous. You have truly exemplified what the field of political science should be.” – Jen Metzger, member of the New York State Senate representing District 42 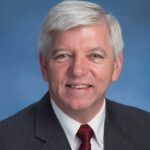 “For a significant part of my life I’ve been associated with Jerry Benjamin as a friend, as a colleague in the County Legislature and as a fellow commuter on our trips to Albany. Jerry’s accomplishments are so many, and so vast. We used to say that Jerry wrote more books than the rest of us on the County Legislature had read. And so many of his writings have become seminal pieces of work that are referred to not just by political science geeks like myself, but by people who make real policy.” – State Assemblymember representing the 103rd district  Kevin Cahill ’77 (Political Science) 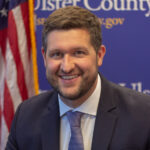 “For me, what really stands out is Jerry’s willingness to spend time with so many elected leaders, so many young people and so many educators, to pass your knowledge on. I don’t think anyone can say they’ve done more for Ulster County than you.” – Ulster County Executive Pat Ryan

The celebratory event concluded with words from Benjamin himself, who after a half century of service to SUNY New Paltz looked toward the future.

“I’m very proud that I and others who came to New Paltz in the 1960s and 1970s have turned over our place in a condition that I think is better than we found it,” he said. “Together we have created and continue to recreate one of the finest public colleges, and I look forward to this generation and those who come after making it even better.”

Gerald Benjamin, Ph.D., emeritus founding director of The Benjamin Center, distinguished professor of political science, associate vice president for regional engagement is succeeded as director by kt Tobin ’92 (Sociology). Use this link to read more about Tobin’s appointment and background.