The State University of New York has announced the recipients of the 2020 SUNY Chancellor’s Awards for Excellence, and four academic and professional faculty members at New Paltz are among the honorees.

The Chancellor’s Awards are presented annually to employees who demonstrate exceptional teaching, scholarship and service to the campus community. They receive a medallion and certificate commemorating the achievement, as well as a permanent stipend.

This year’s awardees are: 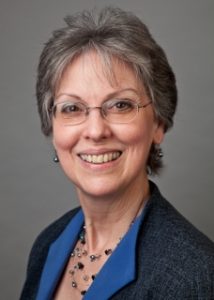 As Academic Program Specialist, McAllister sits at the intersection of SUNY system administration and the curricular life of the College. Her dedication, patience and overwhelming generosity have earned her high regard from academic and professional faculty colleagues alike.

McAllister came to SUNY New Paltz in 2008 after more than 20 years working as a museum professional. A core member of the College Curriculum Committee, she holds a vital collaborative and mentorship role with instructors across the disciplines, who rely on her to share her vast regulatory knowledge and knack for problem solving to help bring new programs and initiatives to fruition.

McAllister’s contributions to the culture of the College extend well beyond her essential work on the course catalog and academic programs. As coordinator of faculty orientation, she is among the very first points of contact welcoming new scholars and educators to our campus community.

She also proved indispensable during the College’s recent move to develop, approve and implement a new General Education curriculum (GE4). Throughout that years-long process, McAllister was a consistent advocate for better communication with students about the value and purpose of General Education. At every step she worked to help faculty colleagues understand students’ information needs, and was key to both the development and implementation of the expanded communication strategy that has been a signature feature of the newly revised GE program. 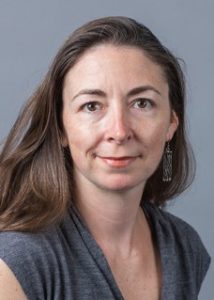 Since joining the Department of History in 2005, Morrison has established a record of exceptional service to her department, her discipline and the academic culture and operation of the College as a whole, even as she maintains a full-time teaching schedule and an impressive publication record in her field.

Morrison assumed the role of department chair in 2017, and her tenure has been marked by efforts to build community among history students, faculty, alumni and external partners. She led a move to revive and formalize an internship program for history majors, strengthening bonds between the College and regional organizations in the process. She has also helped develop and sustain a mentoring program for transfer students, an outreach network for alumni, and support systems for early-career faculty acclimating to campus.

Morrison’s record of service extends well beyond the Department of History. Her recent contributions include membership on the Middle States Steering Committee, the Strategic Planning and Assessment Council and the General Education Board, leading projects that are foundational to the continued excellence of the institution. A colleague who worked with her to develop, approve and implement the new GE4 curriculum wrote in Morrison’s nomination package that “I was blown away by Heather’s commitment to the work … This effort would have failed if not for her commitment to excellence in service of the College.” 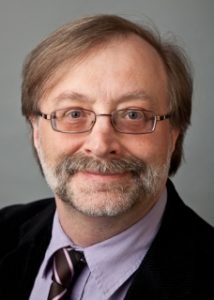 Professor of Business Roztocki is an influential and widely respected scholar in the area of management information systems, whose prolific research and publication record since his 1999 arrival at New Paltz includes 35 peer-reviewed journal articles, 63 refereed conference papers and more than 2,000 citations.

Roztocki’s pioneering work on the impact of information and communication technology in developing nations has yielded strategies to improve living and working conditions in transitioning economies. School of Business Dean Kristin Backhaus has said that, “because of his thoughtful insights and research capability, countries will be able to speed their economic development and improve the lives of real people.”

This scholarship is made all the more valuable through the innovative ways in which Roztocki infuses research into his teaching, presenting case studies and modeling methodologies for students at the undergraduate and graduate levels. One student noted in his nomination letter that Roztocki has an “outstanding ability to explain complex concepts and situations,” and that “his students are fortunate to be able to learn from somebody that is so invested in their future success.” 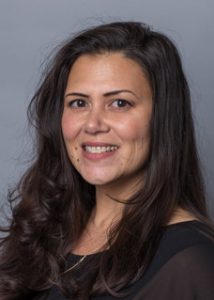 Shock ’95 (French) ’01g (Second Language Education) is a New Paltz alumna who has served in multiple roles since joining the College as an employee in 1997. She transferred to the Graduate School (now the Office of Graduate & Extended Learning) in 2002 and has consistently demonstrated a propensity for learning new skills and assuming new responsibilities.

Through her rise to her current role as director of graduate & extended learning, Shock has earned a reputation for creative problem solving, organizational skills and especially for her exceptional support of graduate programming and enrollment, and her service to graduate students. She has gained deep knowledge of campus operations and built strong relationships with faculty and staff across the institution, and has been a consistent advocate for student-centered approaches to developing and marketing graduate programs, a vital contributing factor to recent enrollment increases.

She has also proven to be an innovator, always willing to try new methods and approaches to more effectively support new and existing graduate programs. Shock has been intentional about developing her technological expertise, investing long hours learning various data structures to better serve her division and the College as a whole. In recent years she has been central to the implementation and launch of game-changing tools for graduate studies, including Degree Works, CourseLeaf and SLATE, which have been crucial in helping the Office of Graduate & Extended Learning work more efficiently.