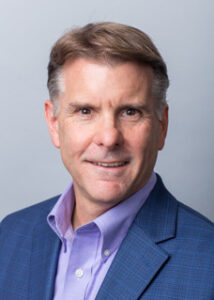 Terry Gipson, lecturer in the Department of Communication, appeared on the May 22, 2020, episode of WAMC’s nationally syndicated radio program “The Academic Minute” to describe ways in which exposure to fine art can improve one’s ability to empathize and communicate.

Gipson uses his own classroom to illustrate this phenomenon. He talks about a lesson in which students are assigned to spend time independently in the Samuel Dorsky Museum of Art, and asked to consider the processes of perception and interpretation they experienced while viewing the exhibitions.

“Students comment on how the study challenged them to get out of their comfort zone and look at the world through the eyes of others,” Gipson says in the broadcast. “They become more curious and open to new ideas. Most importantly, they learn that good communicators make the effort to consider the point of view of their audience. By doing so, they’re able to craft effective messages that have a greater likelihood of achieving their intended results.”

Follow this link to read or listen to Terry Gipson’s “Academic Minute” broadcast in its entirety.