The Benjamin Center for Public Policy Initiatives at SUNY New Paltz is pleased to welcome Antonio Delgado, member of the U.S. House of Representatives for New York’s 19th Congressional District, to the College on Thursday, Oct. 10, 2019.

Congressman Delgado will be interviewed by KT Tobin, associate director of the Benjamin Center, from 5:30 – 6:30 p.m., in the Student Union Building Multipurpose Room.

The focus of this public conversation will be on Congressman Delgado’s early experience in Congress and his priorities going forward as he represents and serves constituents in his 11-county district. We expect a full and frank discussion and will include time for questions from the audience.

This event is free and open to the public. If you have accessibility questions or require accommodations to fully participate in this event, please contact the Benjamin Center at benjamincenter@newpaltz.edu as soon as possible. 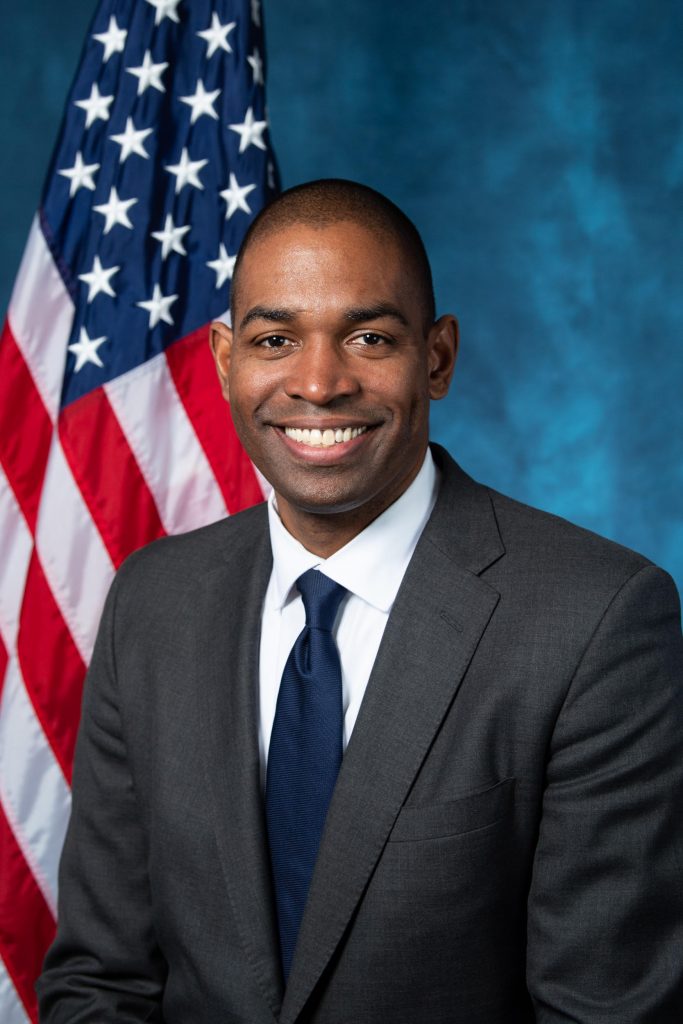 About Congressman Delgado
Rep. Delgado was first elected to the House of Representatives in November 2018. He grew up in Schenectady, New York, and now lives in Rhinebeck with his wife, Lacey, and their twin sons, Maxwell and Coltrane. Delgado was selected for a Rhodes Scholarship while an undergraduate at Colgate University and went on to graduate from Harvard Law School.

In Congress, Rep. Delgado serves on the House Agriculture, Transportation and Infrastructure, and Small Business Committees. In his first nine months in office, Congressman Delgado has prioritized transparency, accountability and accessibility to the residents of New York’s 19th Congressional District. The Congressman has also held 23 town halls (two in every county), opened five district offices, established four in-district advisory committees, and worked to “be everywhere” across the district – meeting veterans, farmers, families and students where they are across all 11 counties.

About KT Tobin
KT Tobin is associate director of the Benjamin Center for Public Policy Initiatives at SUNY New Paltz, where she is responsible for designing, managing and producing projects focused on regional issues and concerns. She is a 1992 graduate of SUNY New Paltz (Sociology), holds an M.S. in Social Research from CUNY Hunter, and holds a Ph.D. in Sociology from SUNY Albany. She is an affiliated lecturer in Sociology and teaches courses including Introduction to Sociology, Social Inequality in the United States, Research Methods and Women in Politics.

Next year, SUNY Press will publish “Suffrage and It’s Limits: the New York Story,” which will include Tobin’s chapter, “Women in Local Political Office in New York State.” Tobin is currently the Deputy Mayor of the Village of New Paltz and is a former New Paltz School Board vice president.

About the Benjamin Center
The Benjamin Center (formerly CRREO) was established in 2007 to help SUNY New Paltz engage with communities, governments, not-for-profits and businesses across our region. The Benjamin Center conducts and publicizes research on important policies and topics; creates and directs select institutes focusing on specific areas of regional interest; connects and partners with local governments, not-for-profits and businesses to initiate reforms and advocate for best practices; contracts to assess the performance of public and not-for-profit agencies and programs; and works to foster intergovernmental collaboration and community engagement.