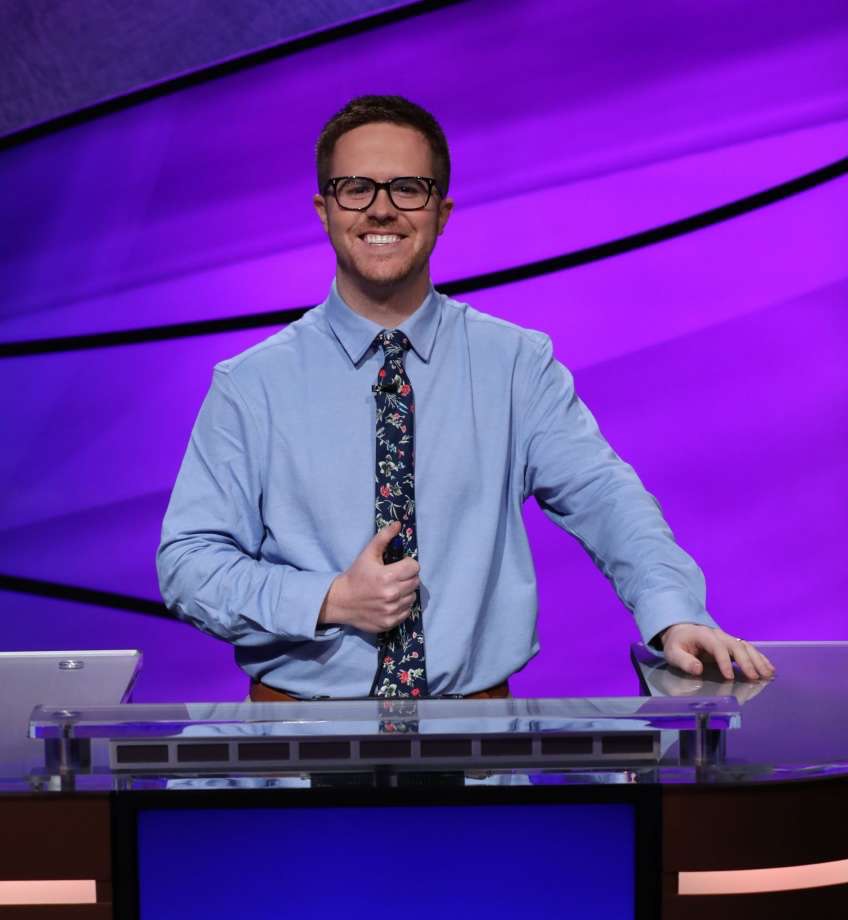 SUNY New Paltz alumnus Conor Quinn ’12g (Adolescence Education: Social Studies) placed second in the championship round of the “Jeopardy!” Teacher Tournament this May. He walked away with a $50K second place prize and realized a lifelong dream of competing on the show.

Quinn, 29, who lives in Albany, has been trying to get on “Jeopardy!” for nearly a decade. This spring, he was one of 15 teachers in the country selected to compete.

“Being on ‘Jeopardy!’ was crazy because I had wanted it for so long,” said Quinn. “When it all started, my goal was to advance out of the first round. Every time I won a game, I really couldn’t believe it.”

The Teachers Tournament was filmed in early April, but contestants were asked to refrain from sharing the results of the games before they aired. 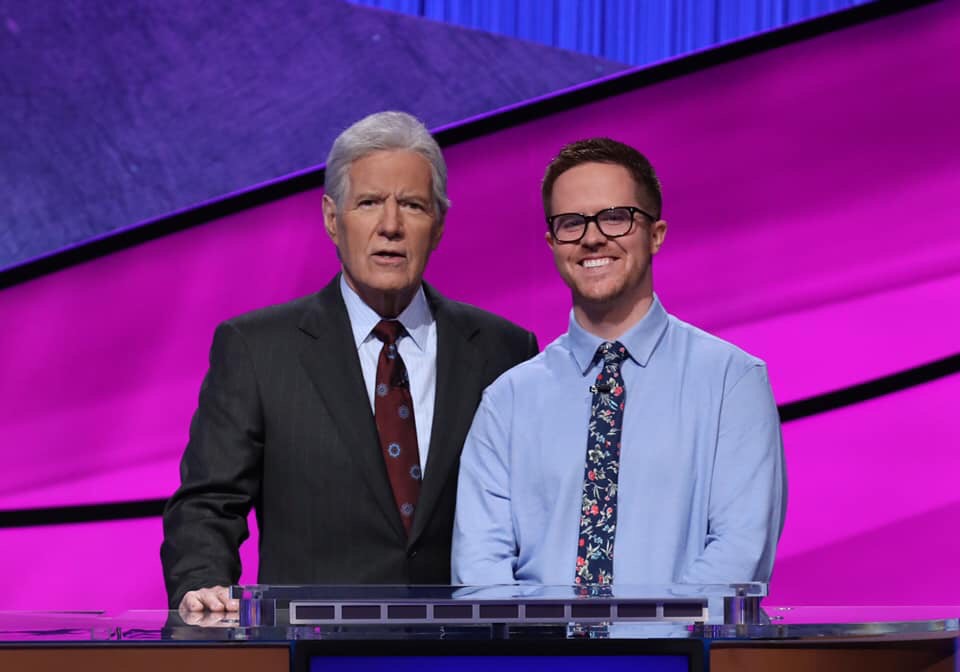 “I have to thank those flash cards for having the correct response to Final ‘Jeopardy!’,” said Quinn. “Believe it or not, I had prepped for a category on European artists, so it felt so good to know that answer.”

His planning paid off a second time when Quinn was met by the support and admiration of his students. More watched the tournament than he expected, and he was happy to demonstrate how his experience revealed the power of studying.

“This win was a good lesson for my students,” said Quinn. “I showed them that hard work and flash cards really pay off.”

Quinn grew up in Cairo, N.Y., and graduated from Cairo-Durham High School in 2007. He earned his bachelor’s degree in education at Binghamton University before earning his master’s degree at SUNY New Paltz.