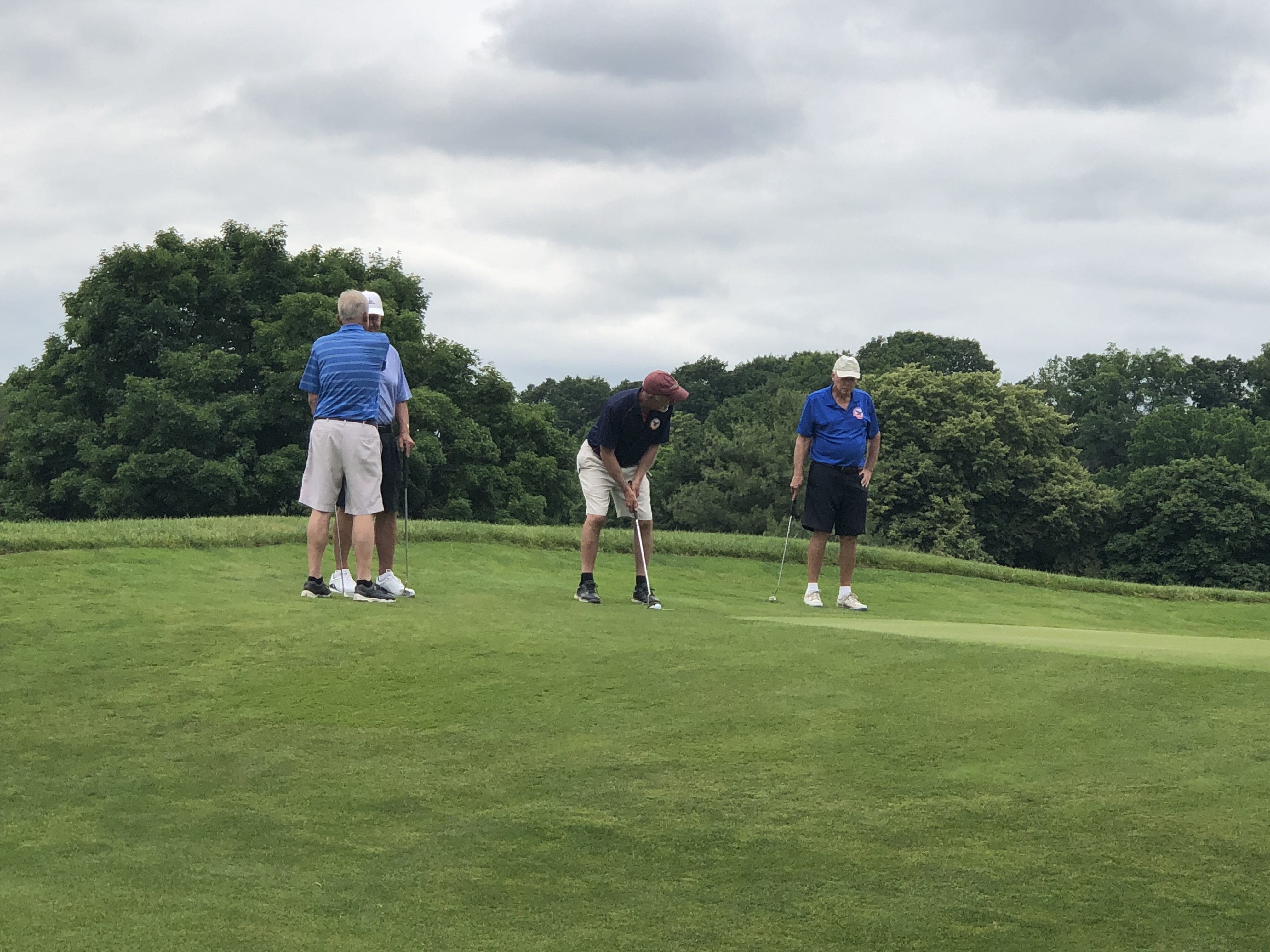 More than 100 friends and supporters of SUNY New Paltz came out to the Powelton Club in Newburgh, N.Y., on June 17 for the 21st annual Doug Sheppard Classic, to reconnect with good friends and play 18 holes in support of student activities and campus events.

Participating teams represented New Paltz faculty, staff, alumni, local businesspeople, and friends of the Sheppard family, with prizes awarded to the first, second, and third place winners, as well as the longest drivers and the closest drive to the pin.

“The Shep” raised more than $70,000 this year for the Fund for New Paltz, which enhances student life and learning at the College and supports students who require financial assistance to achieve their educational dreams.

The Fund also helps bring a range of notable personalities to campus for the SUNY New Paltz Distinguished Speaker Series, and helps continue College traditions and landmark ceremonies including Convocation, Commencement and Reunion.

About the Doug Sheppard Classic
The tournament is named in memory of longtime professor, administrator and coach Doug Sheppard, who died in 2008. Shep, as many knew him, was New Paltz’s golf coach for 32 years and an avid player, a familiar fixture at local golf courses and tournaments.

More information about “The Shep,” including photos and video from this year’s tournament and complete sponsorship information, is available online.