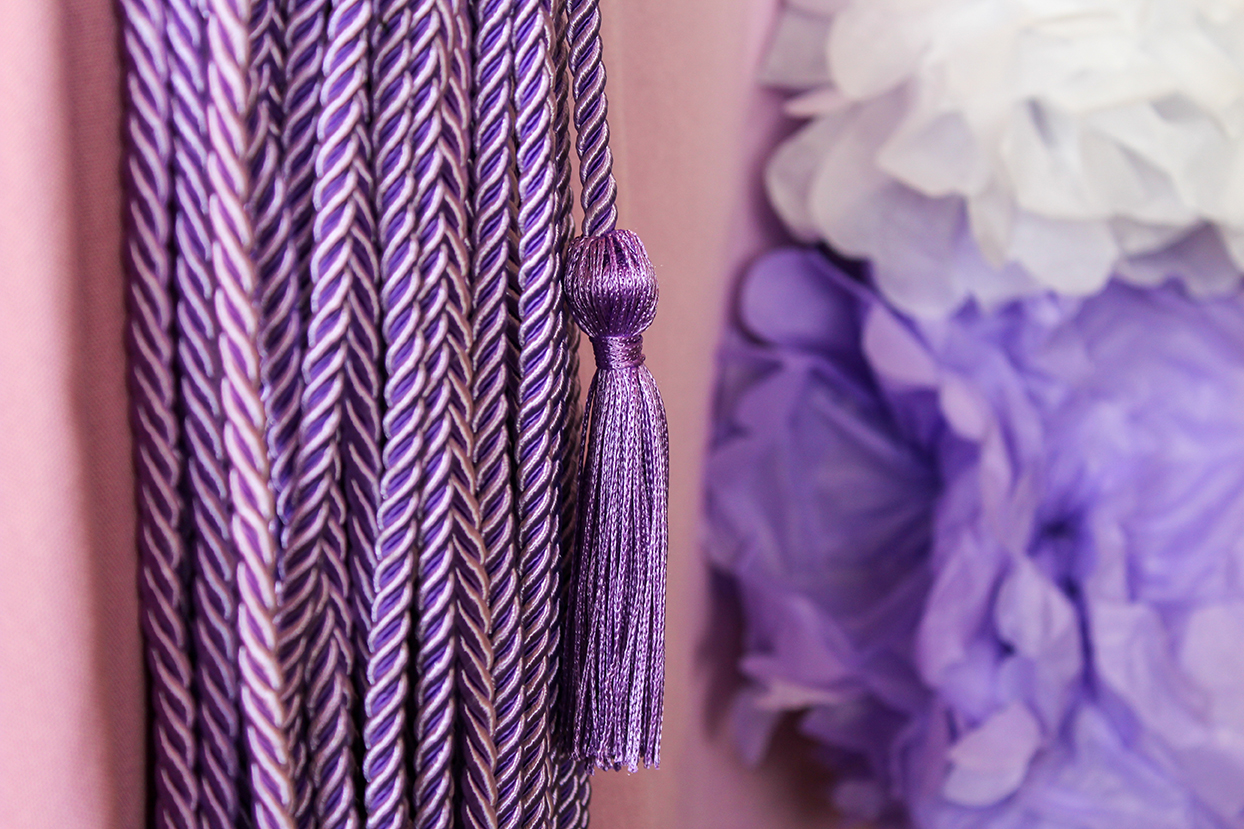 SUNY New Paltz hosted its inaugural Lavender Celebration on Friday, May 10, in recognition of the successes and contributions of LGBTQ+ identified members of the Class of 2019.

“Lavender Celebration provides us the opportunity to acknowledge the hardships and the accomplishments of you, our LGBTQ+ identified students here at New Paltz,” said Emma Morcone, the College’s LGBTQ coordinator and Title IX coordinator.

More than 50 seniors participated in this event and accepted lavender graduation cords to wear at Undergraduate Commencement Ceremonies on May 18 and 19.

“Among SUNY campuses, New Paltz has one of the largest populations of LGBTQ+ identified students,” said President Donald P. Christian. “Your values, experiences and leadership enhance the fabric of our campus community in so many ways: as resident assistants, campus ambassadors, strong scholars, creative writers, artists, theatre performers, advocates for social and environmental justice, and exceptional university citizens.”

The history of Lavender Celebrations and graduations dates to 1995, when Ronnie Sanlo at the University of Michigan created an event to ensure that LGBTQ+ students knew they mattered. Three students observed the new rite that year; it has grown to include more than 200 U.S. colleges and universities today.

The color lavender recalls the pain, struggle, pride and ultimate empowerment of prior generations of LGBTQ+ individuals and activists.

“It is fitting that New Paltz’s first Lavender Celebration is taking place in the 50th anniversary year of Stonewall, when the LGBTQ community in New York City said they would no longer stand for being criminalized or abused,” said Ron Zacchi, LGBTQ representative for the Office of New York State Governor Andrew M. Cuomo. “It is so nice to see, 50 years later, this kind of a celebration at a university and at universities across the state.”

The celebration also included members of the first graduating class of Rivera House, the College’s living-learning community for LGBTQ+ students, which launched in 2015 under the direction of Jessica Pabón, assistant professor of women’s, gender & sexuality studies.

“When I took on the role of faculty director of Rivera House in 2015, my intention was to provide a sense of safety, of family, of home and of liberation with these students,” Pabón said. “On behalf of LGBTQ+ people of my generation and generations before, I want you all to know that you are the fulfillment of our wildest liberation dreams. We are so proud of you all.”

Andrea Paredes ’19 (Communication Studies) was among many students who recognized the historical significance of their membership in the inaugural class of Lavender celebrants at SUNY New Paltz.

“I wasn’t going to pass up the opportunity to have a celebration of graduating as a queer woman of color, because people in the past who were like me did not have that opportunity,” Paredes said.