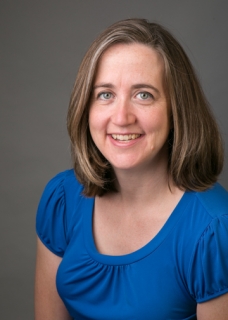 SUNY New Paltz announces the appointment of Mary Ritayik as Chief of the University Police Department (UPD), effective Jan. 1, 2019. She has served as Interim Police Chief since May 2018.

“I am honored to have this opportunity to lead the men and women of UPD,” Chief Ritayik said. “My entire 20-year career in law enforcement has been within the ranks of the New York State University Police, and I look forward to moving the department forward and continuing our professional engagement with the campus community.”

Ritayik is a career law enforcement professional who holds a degree in sociology with a concentration in criminology from SUNY Cortland, and earned the Top Grade as a graduate of Westchester County Police Academy.

She started her career in 1998 at the NYS University Police at SUNY Purchase, transferred to New Paltz in 2000, was promoted to University Police Investigator in 2003, and assumed the newly created role of Deputy Chief of Police in 2013.

As Deputy and then Interim Chief of Police at New Paltz, Ritayik has been central to efforts to engender a culture of campus law enforcement and emergency response that is measured, effective, equitable and transparent. She has helped to plan and implement new drills and simulations aimed at educating the campus community and improving officers’ response skills, and has also authored the College’s annual Security and Fire Safety Reports.

“Mary has received high praise from UPD officers for stepping in as interim chief and for helping the department transition to her leadership,” said Vice President for Student Affairs Stephanie Blaisdell, to whom the University Police Department reports. “She is viewed as a knowledgeable, fair and engaging leader, and I am confident that she will continue to steer the department in the right direction.”

In her new role as chief, Ritayik leads a newly accredited department of 22 sworn members and 6 civilian employees, including an emergency manager.

UPD officers patrol the New Paltz campus 24/7 on foot, bicycle, ATV and motor vehicles, enforcing state, county, town, village and education law with an emphasis on making each encounter an educational one. In 2017, the department completed 2,538 hours of training on topics including suicide prevention, LGBTQ awareness, opioid overdose, sexual assault, interacting with the mentally ill, understanding excited delirium, de-escalation and minimal use of force, and ambush awareness.

“In my career with the New York State University Police, I have come to understand that the unique nuances of campus policing, coupled with the diversity of the campus community, enables members of UPD to progress into insightful and well-rounded officers,” Ritayik said. “I hope my own progression up the ranks to where I am today stands as an example to my new officers that this professional path is attainable and rewarding.”

Ritayik grew up in Dutchess County and currently lives in Ulster County with her husband, Lt. John Ritayik of UPD New Paltz, and their two children. She succeeds prior UPD Chief David Dugatkin, who served in that role from 2011 – 2018.

The SUNY New Paltz University Police Department can be reached at any time by dialing (845) 257-2222 or by dialing 911 from any campus landline. More information is available online.