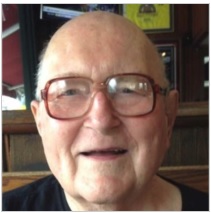 Hain was a professor of Secondary Education (a precursor to the College’s programs in Adolescence Education) at SUNY New Paltz from 1962 until his retirement in 1997.

He was born in Queens, New York, on Dec. 22, 1927, and was a veteran of the U.S. Army. He studied at Fordham University and went on to earn his Ed.D. in Secondary Education from Columbia University.

During a career at New Paltz spanning more than 35 years, Hain was a leader in the School of Education, a delegate for United University Professors and proud member of New York State United Teachers.

Hain married Elizabeth Henning in 1952. She predeceased him in 2014.

He is survived by three daughters (Karen, Marcella and Maryann), two sons (John and Andrew), and nine grandchildren.

An obituary published by his family notes that Hain “enjoyed cross country skiing, sailing and built his own sailboat. He also made his own maple syrup, enjoyed organic gardening and bee keeping and especially loved dogs.”