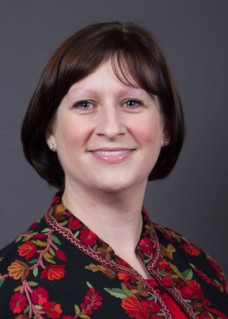 Assistant Professor Keely Heuer was the latest SUNY New Paltz faculty member to share her research and insight with national radio audiences on the syndicated program, “The Academic Minute.”

She observes that, due to the lack of surviving literary sources from these societies, contemporary historians rely on visual and material artifacts in the archaeological record to learn about this time and place in Western civilization.

“My work focuses upon the imagery painted on ceramics produced in the region using techniques, shapes and iconography originally derived from Athens around 440 B.C.,” Heuer says in the broadcast. “This pottery, categorized as South Italian, features a number of distinctive motifs that are never or only rarely found on their mainland Greek counterparts, including scenes derived from the great Athenian tragedies. These differences reveal the unique interests and religious beliefs of the vases’ clientele, Greek and native Italic alike. The pottery’s funerary function suggests that their distinctive iconography is eschatological, including the numerous female heads rising from flowers, perhaps referencing the regenerative natural cycle. These beliefs regarding life after death may have influenced Plato, who spent extensive time in the region contemporary with the vases’ production.”

Heuer holds a Ph.D. from New York University and has taught in the Art History Department at SUNY New Paltz since 2013. She was the Bothmer Fellow at the Metropolitan Museum of Art for 2009-2010.

Use this link to access the complete recording and transcript of Heuer’s “Academic Minute” discussion of the art of Magna Graecia.