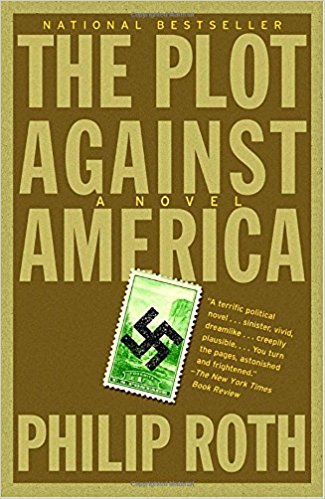 New Paltz community members are invited to join a community read of Philip Roth’s classic work of revisionist history, “The Plot against America,” as the One Book/One New Paltz program launches a series of discussions and performances from April 22-29.

Roth’s award-winning novel imagines a world in which the United States allies with Nazi Germany following the 1940 presidential election. Anti-Semitism becomes national policy, Jewish citizens are persecuted by their neighbors, and the darkest impulses of the national character are revealed.

“The Plot against America” is the 14th selection of the One Book/One New Paltz committee, which consists of both SUNY New Paltz faculty and staff and Town residents. The series has become an important tradition and a strong bond between the College and the Town of New Paltz.

For the first time this year, the shared reading experience will take place in the spring, as the committee made the decision to go away from the usual late fall schedule given the many other things going on at that time of year.

The complete list of programs, as well as additional information about the book and a reader’s guide with suggested topics for discussion, can be accessed on the One Book/One New Paltz website.