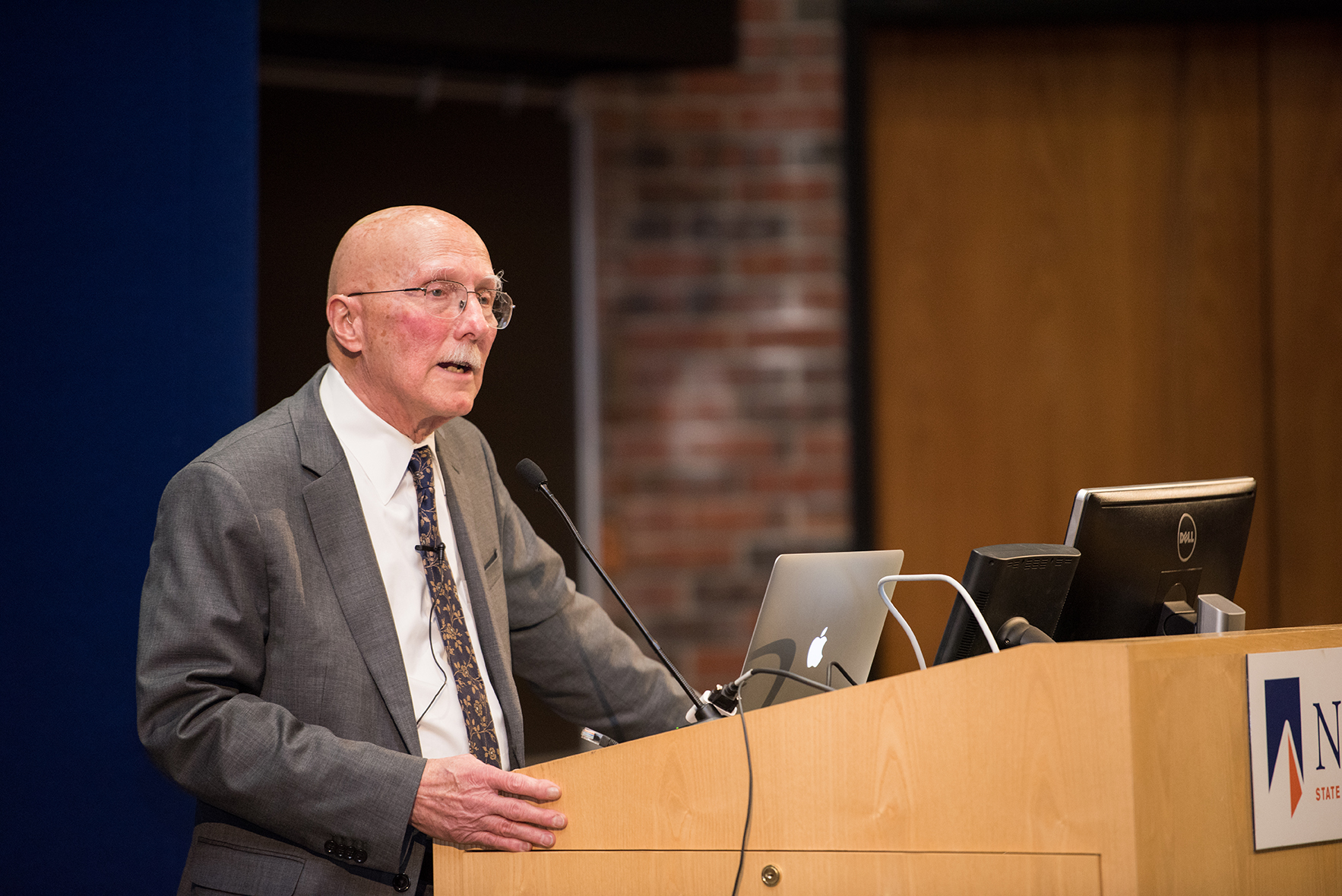 The SUNY New Paltz Distinguished Speaker Series brought internationally-renowned climate and geophysical scientist Henry Pollack to campus on Thursday, April 5, to deliver an address on “Confronting Climate Change” before an audience of hundreds of students, faculty, staff and community members.

The talk opened with a presentation of persuasive evidence of the causes and long-term dangers posed by global warming, before Pollack moved on to a more focused discussion of the challenges we face in attempting to reverse these trends.

“When we first started burning carbon-based energy at the beginning of the Industrial Revolution, no one was saying, ‘forget the climate, we need the energy’ – the energy improved our standard of living, helped our development in many ways,” he said. “We only later realized that it was having a side effect on the climate, and the consequences of this warming are widespread.”

Pollack, who was a contributing author to the Nobel Peace Prize-winning Intergovernmental Panel on Climate Change (IPCC) 2007 Assessment Report, moved on to share his deep understanding of efforts by governments and international organizations to confront climate change.

He talked about the 2015 Paris Climate Accord, which he portrayed as a positive step that was nevertheless limited in its effectiveness.

“All the nations made a commitment to reduce their environmental footprints, in the hopes of leading to a more benign future,” Pollack said. “But when you add up all the pledges of all the 196 countries that signed the Paris Climate accord, it is not enough to achieve a less than two degree temperature rise.”

After flagging government inaction as a cause for concern, Pollack pivoted to a more optimistic focus on non-governmental actors and market forces, which he portrayed as picking up the slack in the struggle to reduce carbon output.

He noted recent gains in shares of energy production by renewable sources, development of technologies that make these more efficient, coordinated efforts to divest from businesses that substantially profit from carbon-based energy and the corresponding decline of resources like coal.

“We’re in what I call a period of energy transition, where we’re changing our energy sources from one broad category to another, and finding better ways of producing energy every day,” Pollack said. 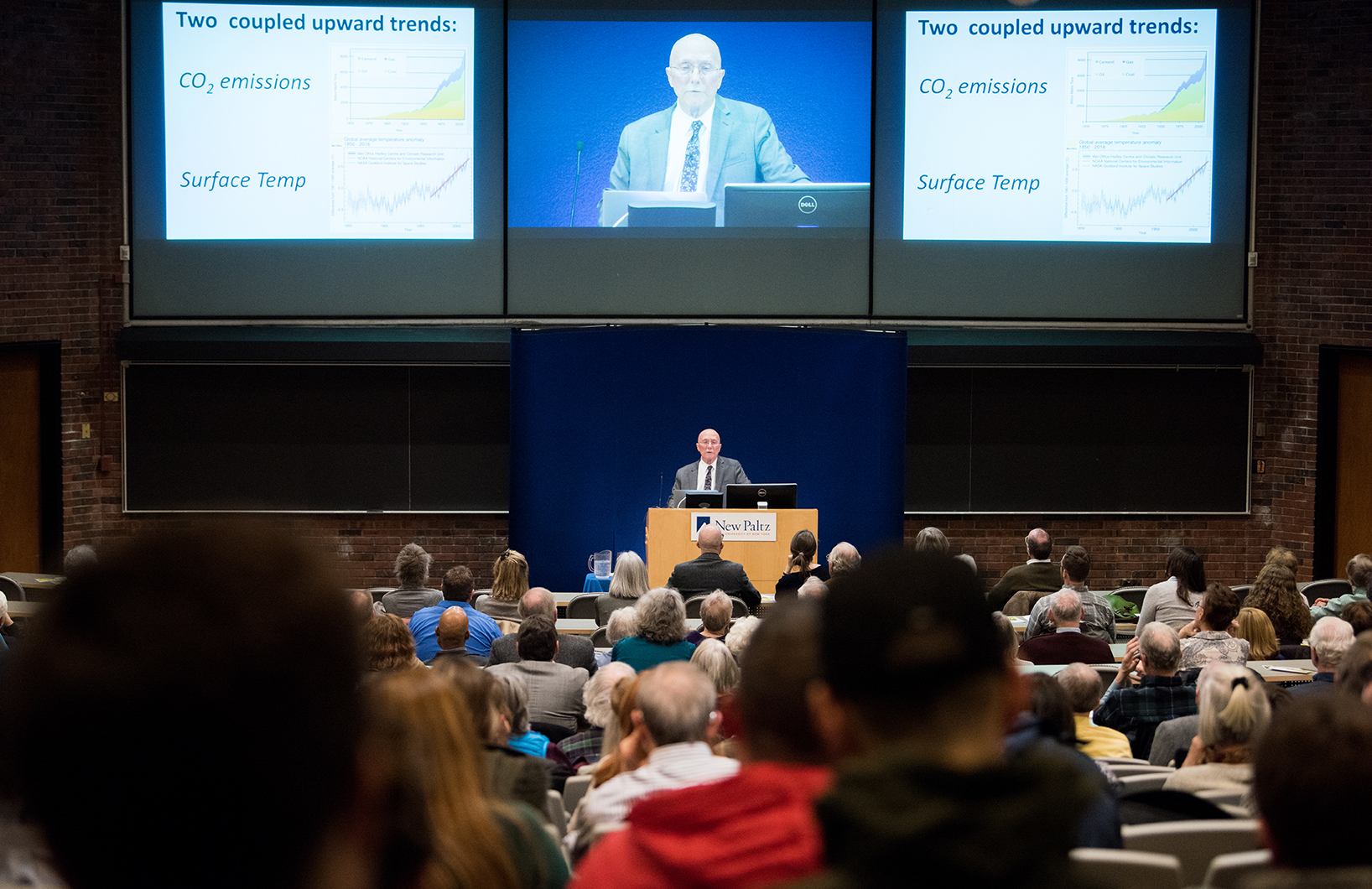