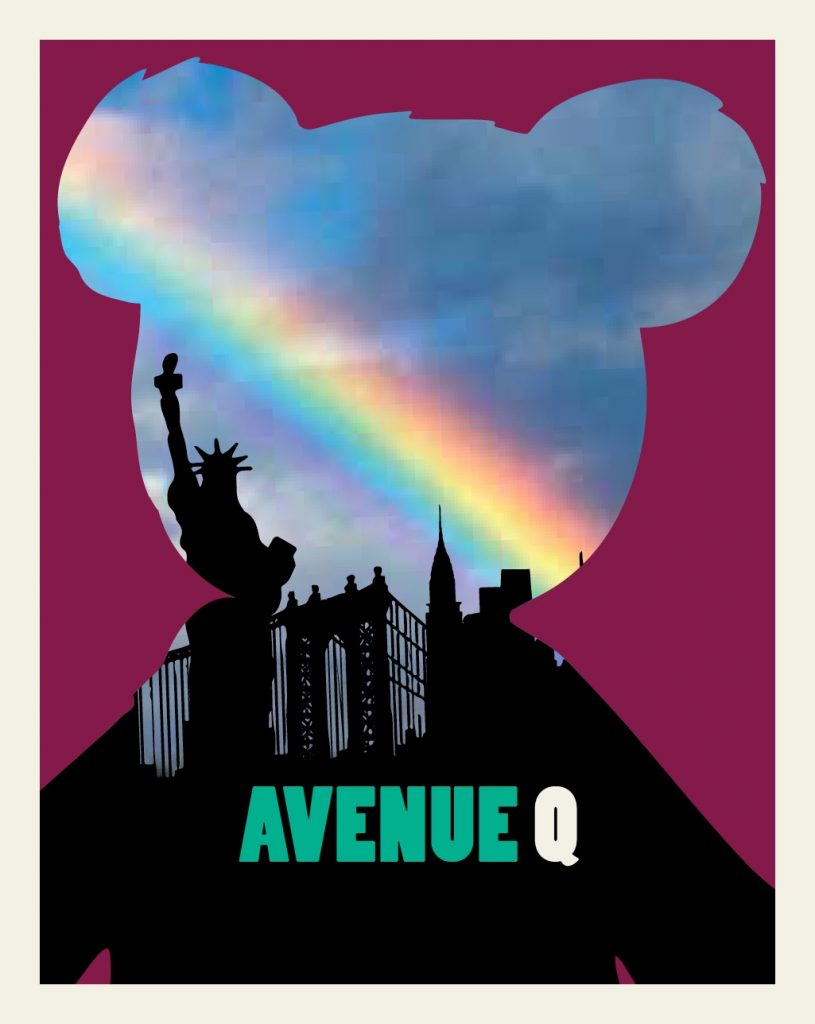 The Department of Theatre Arts at SUNY New Paltz is proud to present “Avenue Q,” a laugh-out-loud musical acted by human performers animating puppets, with performances April 19-21 and April 26-28 at 8 p.m., and Sunday matinee performances at 2 p.m. on April 22 and 29. All performances will take place in McKenna Theatre.

“Avenue Q” is part flesh, part felt, and packed with heart – a coming-of-age story that follows a recent college graduate as he moves into a shabby New York apartment and experiences “the real world” of adulthood for the first time, meeting eccentric new neighbors who share in his struggle to find fulfillment in contemporary society.

Winner of the Tony “Triple Crown” for Best Musical, Best Score by Robert Lopez and Jeff Marx and Best Book by Jeff Whitty, “Avenue Q” was performed more than 3,000 times on Broadway from 2003-2009, placing it among the longest running shows in Broadway history, and has continuously been staged off-Broadway and internationally in the years since.

It is presented in consultation with long-time “Avenue Q” cast member Anika Larsen, who worked with students in a new course on acting with puppets, and with SUNY New Paltz alumna Danielle Jordan ’12 (Theatre Arts), who helped student costume designers develop the puppets for the stage.

This musical contains adult language and situations and may not be appropriate for all ages.

Community members are invited to a free pre-show panel on April 20, beginning at 6:30 p.m. in McKenna Theatre, for a discussion of how “Avenue Q” speaks to our current social and cultural landscape. 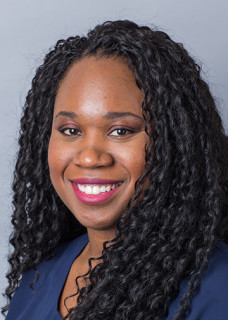 About The Director
Bria Walker is New York-based actress, singer, director, writer and educator. She received her B.F.A. from Wright State University and her M.F.A. from the National Theatre Conservatory (in conjunction with the Denver Center for the Performing Arts).

She has worked as part of the August Wilson Center for African American Culture’s theatre ensemble, led by artistic director, Mark Clayton Southers, and performed in productions including “August in August,” and an all-female staged reading of “The Piano Lesson.”

In more recent years, Walker has begun to explore directing, including a recent production of “Avenue Q” at the University of Pittsburgh, a staged reading of “Off with her Maidenhead” at THE PITCH Finger Lakes Musical Theatre Festival in Auburn, N.Y., and “Surreality: an evening of sh*t that may be deep,” including works by various playwrights (Gayle Pazerski, Marco Ramirez, and Michael John Garces) at SUNY New Paltz.