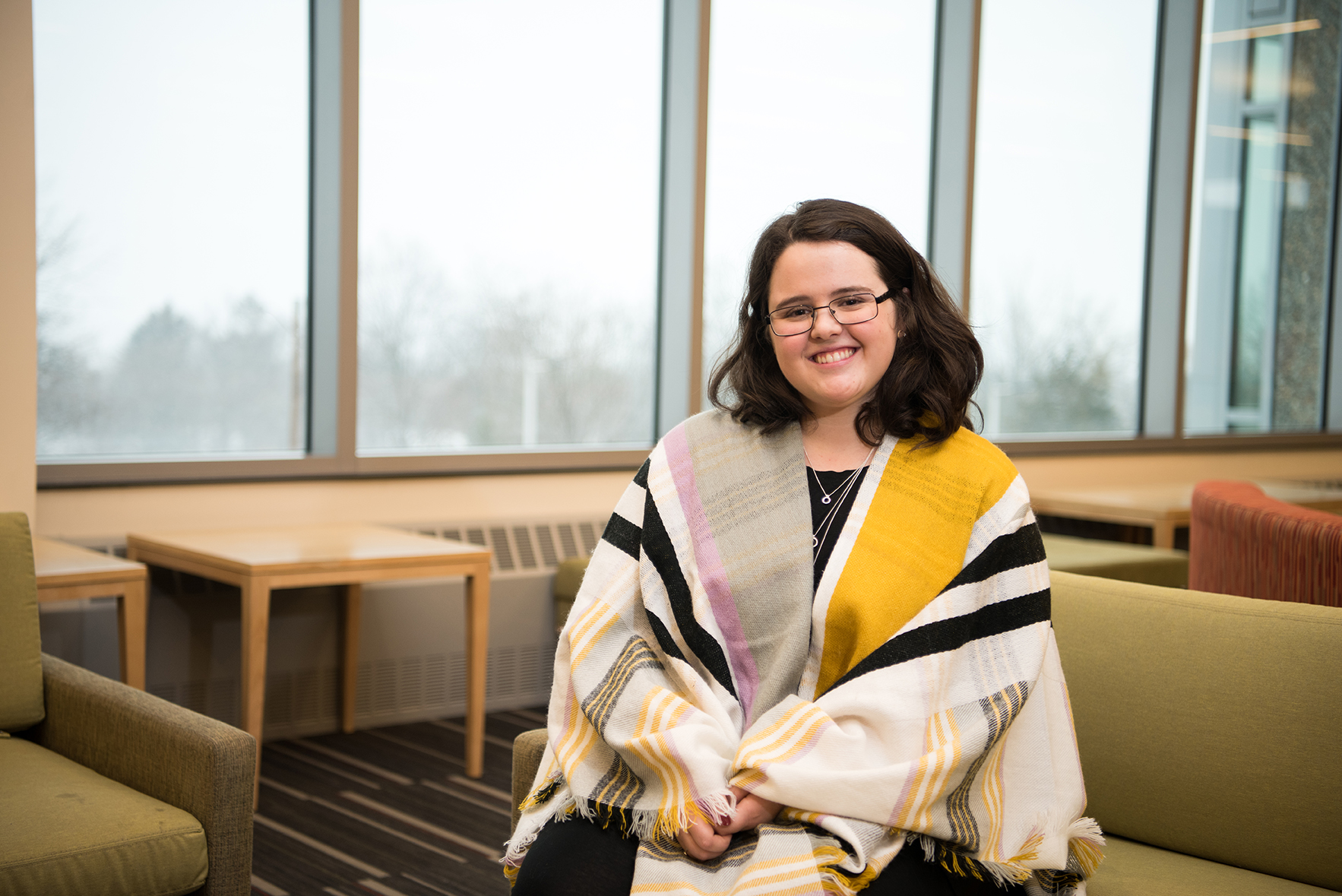 In order to develop new and effective approaches to teaching, doesn’t it make sense to study how children learn?

It may seem simple, but that question has been the foundation of Katie Gruskin’s interdisciplinary education at SUNY New Paltz.

Gruskin ’17 ’19g (Early Childhood & Childhood Education) decided she wanted to be a teacher long before she came to New Paltz, while she was growing up in West Islip, Long Island.

“I looked all over, and New Paltz was the best option for childhood education,” she said. “I like that here they focus on the mix of teaching content and having fun with the kids, doing creative activities that give them a foundation for what they need to know.”

Her development as a teacher took a random turn shortly after she arrived in New Paltz, thanks to the Honors Program.

“One of the things I liked about this school was that they had an Honors Program,” Gruskin said. “It helped me meet people, and we were able to take classes that were different from what I was doing in my major. That’s how I got into Evolutionary Studies – I took a course as an Honors seminar. It was interdisciplinary, which was great because I got to see a little bit of everything.”

Naturally, Gruskin’s first foray into evolutionary studies – which applies concepts of evolution as a lens to better understand a host of disciplines – focused on teaching and learning.

She found herself fascinated by the idea that the modern classroom might better serve students by adding more hands-on and collaborative learning exercises.

“People evolved hundreds of thousands of years ago, and we spent that evolutionary history in a very different environment,” she said. “Early education was more like hunter/gatherer education, where children would learn how to take care of themselves. So, the way we evolved to learn, and the way we are learning today, are really different and incompatible in some ways.”

Ultimately, Gruskin developed a thesis that earned publication in a major disciplinary journal: she was lead author (with co-author Geher) on “The Evolved Classroom: Using Evolutionary Theory to Inform Elementary Pedagogy,” which appeared in Evolutionary Behavioral Sciences in October 2017.

“This journal is the only evolution-based journal published by the American Psychological Association,” Geher said. “A first-authored article in there is considered a huge honor for any Ph.D.; for an undergraduate, it is nearly unheard of.”

While she has enjoyed significant early-career success as a researcher, Gruskin has continued to pursue her dream of becoming a teacher. Now a graduate student and substitute teacher, she is enjoying opportunities to test evolutionary ideas about teaching and learning in real-world classrooms.

“The research helps me think about why I’m teaching the way I am, or different ways I can teach,” she said. “I’m a big fan of cooperative learning: the kids working together, having choices, working collaboratively, hands-on and self-directed.

“I’ve seen that these kinds of activities predict later success in areas like grade point average and enjoyment of school, so it’s great to be able to bring them into my own classroom.”