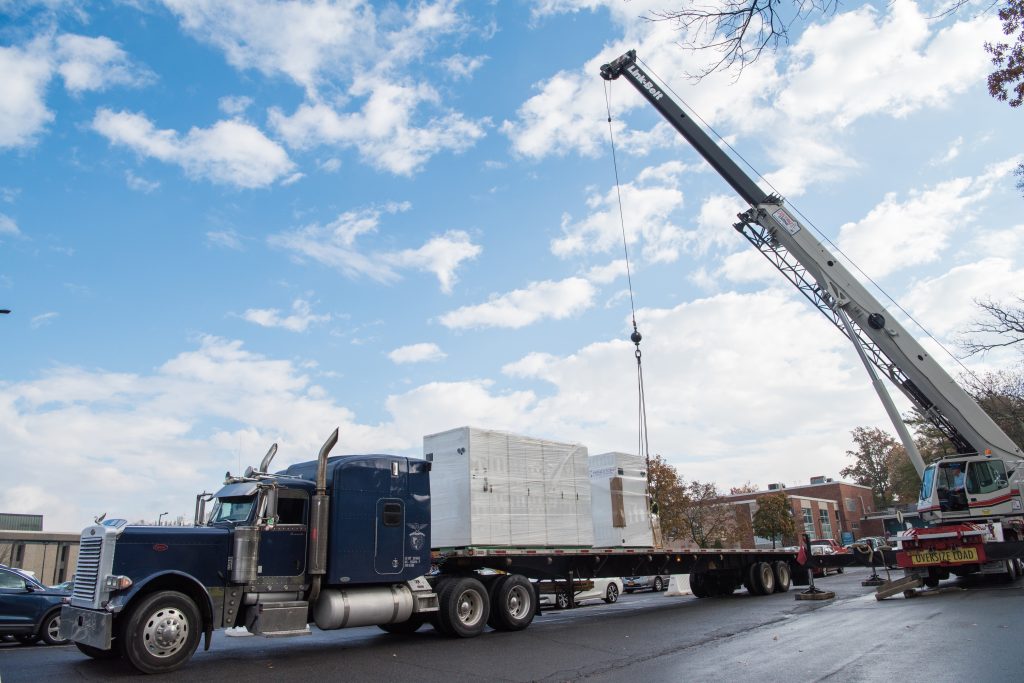 Electricians from Solar Liberty visited SUNY New Paltz on Thursday, Nov. 16, to oversee the installation of two 100 kilowatt power inverters, key pieces of the solar energy storage system, the first of its kind in New York State, which will soon be powering campus. 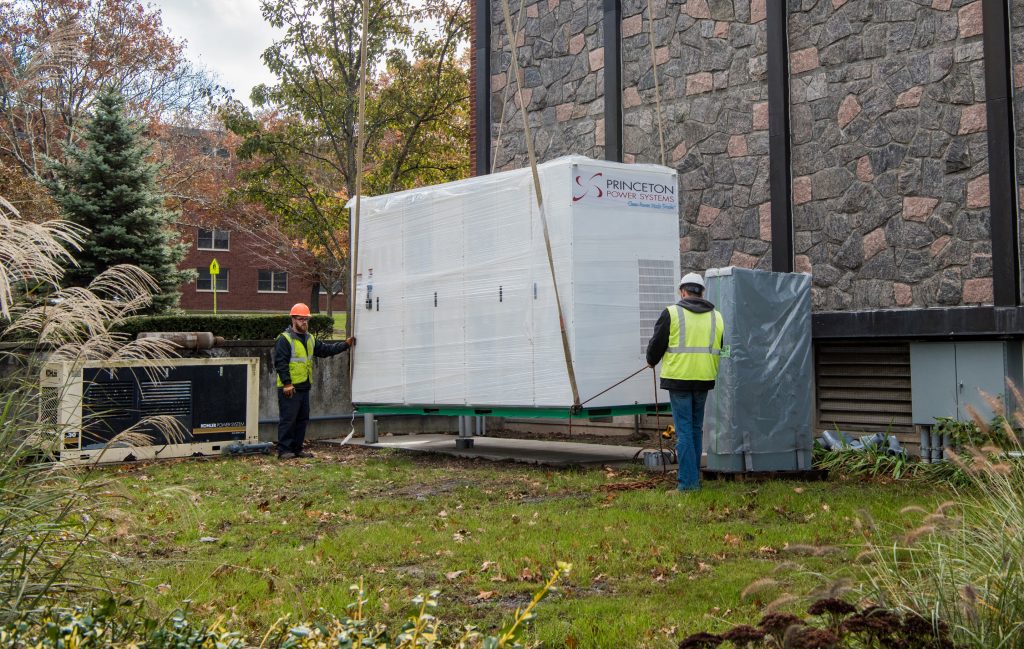 Master Electrician Mike Smith and others from Solar Liberty worked with New Paltz Facilities Operations staff to install cabinets containing the inverters and critical loads panel on the north side of Elting Gym. Princeton Power manufactured the hardware.

Photovoltaic arrays are already in place on the Sojourner Truth Library and Elting Gym rooftops, but the hybrid converter and storage system is what places this project at the vanguard of renewable energy technology.

Once operational, the system will not only help reduce campus energy costs, but also establish a reliable bank of solar energy for later use during times of peak need, including in the event of emergency. 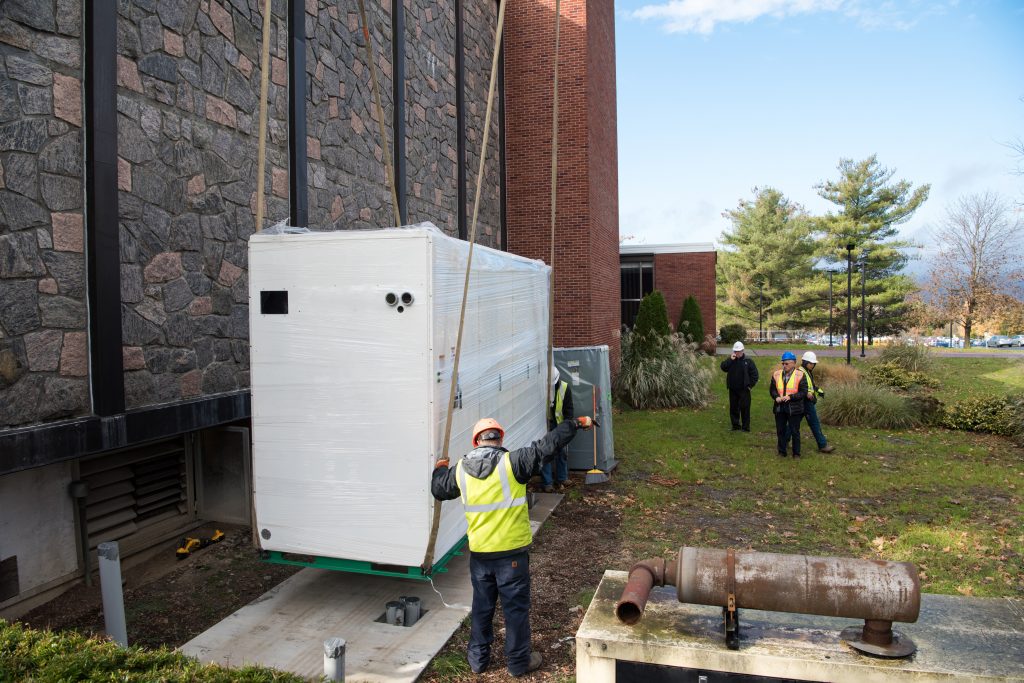